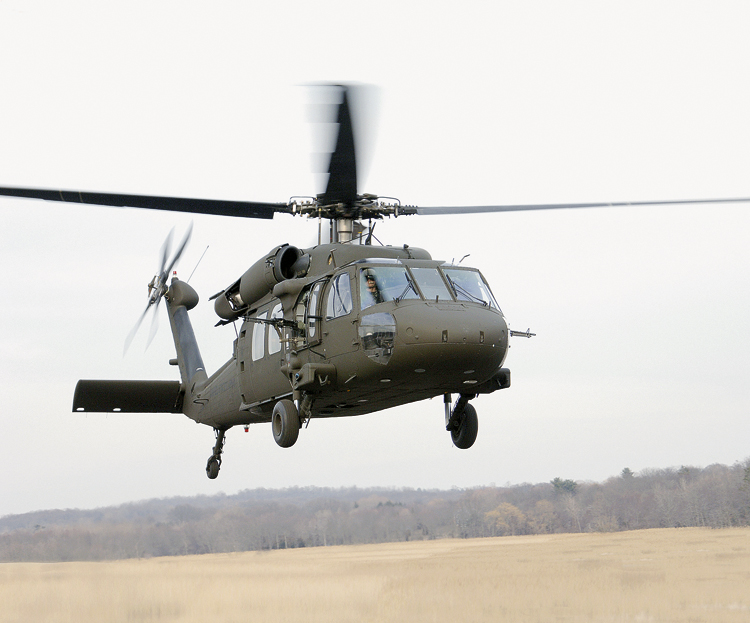 Four completely new UH-60M Black Hawk helicopters are due to delivered to the Croatian Air Force in the first half of 2022, which will already have the first trained pilots and aircraft technicians of various specialties.

The transition to a new flight platform is always a complex process, especially considering that it is a transition to the western technology. The Croatian Air Force has previously successfully adopted  and introduced the OH-58D Kiowa Warrior, which was significantly facilitated by the fact that Kiowa’s platform is based on the Bell 206 training helicopter, which has been in service in the Croatian Air Force for nearly 25 years.  The lessons learned with the Kiowa helicopters are valuable however, as well as the experiences of NATO nations such as Slovakia, where the UH-60M entered service after a long time of the use of the Mi-17 helicopter.

Although highly proficient in written and oral English, trial and other pilots take the respective course at the Defense Language Institute in San Antonio, Texas, where they acquire the aviation-related terminology verified by the Federal Aviation Administration. The Course contains the vocabulary, briefings, various communication formats during the preparation and conduct of tasks, and also the wording of the procedures and notions specific for the Fort Rucker in Alabama and the flying training administered there. 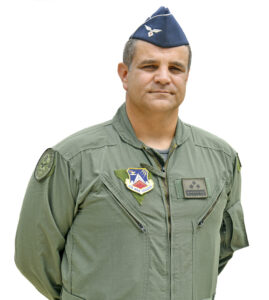 The 12-week in San Antonio is superior to any foreign language school we know, and serves partly as in-class education for UH-60M for the pilots.

“The pilots can concentrate fully on the training in the base, free of communication and language barriers”, says Colonel Pleša. In late March the second group of the pilots of the Croatian Air Force left for the United States to take the training, to be followed by others in late 2021.

On arrival to Fort Rucker the pilots take the training organised by the Air Component of the U.S. Air Force – the 110th Aviation Brigade.

It starts with the conversion for the basic Black Hawk model – the UH-60 A/ L. The training is based on basic manoeuvers, extraordinary procedures and the use of helicopter equipment. The working day lasts until the early evening hours, and the training is intensive. The trainees study in the technical classroom, on a simulator and helicopter flying concurrently (following the lectures in the morning, taking the flying from midday and practice on the simulator in the afternoon). After successfully completing the training on the basic model, the pilots are to take on the advanced version of the UH-60M (popularly also called UH-60 “Mike”). In the first two weeks the training is focussed on the practice with the Flight Management System (FMS), the (Flight Director (FD) and (Multifunction Display (MFD), that is the operation of advanced avionics and other systems available to future aircraft in the service in the Croatian Air Force.

The flying part is performed at day, and in instrumental and night conditions.  During the daytime the focus is placed on basic manoeuvres and extraordinary procedures, while the IHF and night-time flying comprises tactical training elements. The main advantage of “Mike” is the reduced flying workload for pilots, which enable them focus on the mission itself and possible changes. The first group of pilots recently completed the conversion training for the “Mike” and is to take 6-week in-class training for test pilots at Fort Rucker.

Upon return to Croatia (due in May), the first group of future test pilots will perform additional flying  hours on the UH-60M helicopter before special training for test pilots in the U.S.  It is planned to be executed in co-operation with the Minnesota National Guard, which uses the exactly same model of the helicopter).  The first group of test pilots are due to complete their training in the U. S. in September 2021, concluding a 1-year training cycle. The high level of the training is evinced by the fact that the experienced Croatian pilots (with many flying hours performed on Mi-8 and Mi-171 Sh) quickly familiarise with and adapt to the new platform. The success is partly owed to the personalised approach and the training tailored the pilots.

The air technicians are trained concurrently with the pilots, and the first group went to the Langley-Eustis Joint Base in Virginia, U. S. in November 2020 and will return soon. A new group of ten technicians of various specialties went to the U.S. in the meantime. The five specialties of the Croatian Air Force technicians required for the maintenance of the UH-60M were determined based on the experiences of Austrian and Slovakian counterparts relevant for small sized air force.

The criteria for the candidates were the proficiency in English and a high level of technical education.  expected to knowledge of English, candidates had to have a high level of technical education. “They are mostly young and very competent people, and their impressions from the training are very positive”, says Colonel Pleša. The training of technicians is administered in small groups composed of instructors and trainees, in state-of the –art classrooms and workshops, and are provided with the technical support of the U.S. quality. The theory and practical expertise are tested constantly. The maintenance of helicopters is carried out with the use of state-of-the-art electronic system and the documents available on tablets, and is constantly supplemented with new materials. The objective of the training of the pilots and air technicians in the U.S. is both to maintain, to service and to fly the helicopters and to acquire and accept the overall military, technical and academic work culture and attitudes toward the UH-60M helicopter.

The Black Hawk helicopters will be supported by trained people and the required infrastructure at the Airport at Lučko. In addition to the helicopter hangar, a depot containing spare parts, tools, ramps and other maintenance and servicing will be put in place after the delivery due during the spring, almost concurrently with the return of the first contingent of air technicians.

So when the four “Mikes” arrive in Lučko, the Croatian Air Force will be ready to receive them in and establish the required system of maintenance and service in the 194th Multi-Role Helicopter Squadron of the 91st Wing. In accordance with the contract signed with the United States, the U.S. experts will assist with the reception in the first two years, and a similar arrangement is negotiated for the pilots, in cooperation with the Minnesota National Guard.

The training followed by the pilots in the United States is the basic training related to the helicopter itself and its operation (the basic use).

The specialist training for various tactical tasks is planned in a later phase and is inseparable from the equipping of the platforms with additional systems.

The overall “pool” of pilots will expand too. The Black Hawk is a versatile platform, with many options for additional fitting, but it is another subject, just as the procurement of additional aircraft, which is envisaged in the expert and approved studies in the Croatian Armed Forces and the Ministry of Defence.  The present expectations are that the helicopters will be introduced into operational service and fitted with additional equipment to enable the use for training and special operations purposes, as announced jointly with the information on the procurement of the first two “Black Hawks” donated from the United States government. The tasks necessitate high-level equipment, particularly with regard to navigation sensors and self-defence systems.

The four “Mikes” of the Croatian Air Force are being fitted in Huntsville, Alabama and will be tested prior to the delivery.