Back to homepage »
Share:
The “Trident Juncture 15” is the largest NATO exercise conducted over the past 15 years, serving to test the readiness of NATO Response Force (NRF).Two Croatian Navy’s landing craft minelayers “Cetina” and “Krka“, transporting 14 members of the Croatian Army (Second Mechanised Battalion “Gromovi“) and […] 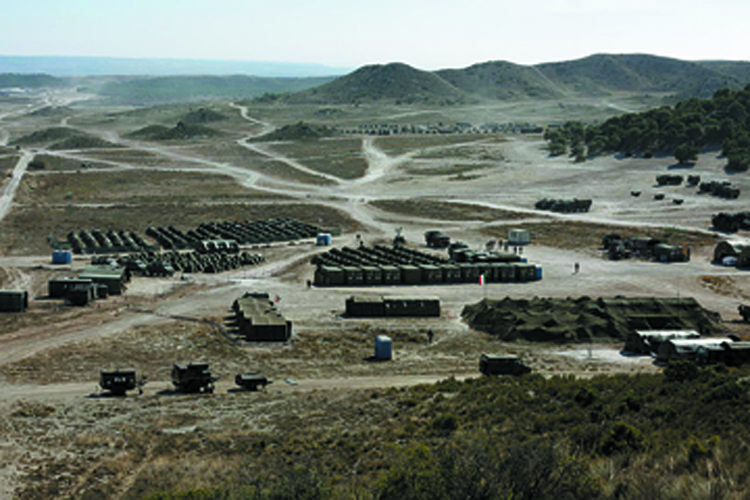 The “Trident Juncture 15” is the largest NATO exercise conducted over the past 15 years, serving to test the readiness of NATO Response Force (NRF).
Two Croatian Navy’s landing craft minelayers “Cetina” and “Krka“, transporting 14 members of the Croatian Army (Second Mechanised Battalion “Gromovi“) and the equipment of the Croatian Army units (four Patria APC vehicles, two lorries, a field vehicle and other equipment)set sail from the Lora Navy Port towards Spain following a formal send-off ceremony, which was attended by the Director of the General Staff of the Croatian General Staff, Rear Admiral Robert Hranj, the Croatian Navy Commander, Commodore Predrag Stipanović and the Commander of the Guards Motorised Brigade of the Croatian Army (GMTBR) Brigadier General Boris Šerić.
“This is the largest exercise conducted by NATO in the past 15 years, testing the readiness of the NATO Response Force (NRF) and the first Croatian Armed Forces’ participation in an event of such scale, and an excellent opportunity to test their readiness for the Exercise“, said the Director of the General Staff of the Croatian Armed Forces, Rear Admiral Robert Hranj.
The Croatian Navy Commander, Commodore Predrag Stipanović expressed satisfaction over the support provided of the Croatian Navy to the Croatian forces participating in the Exercise Trident Juncture 15, demonstrating the skills and abilities in the implementation of the assigned tasks. This is the first engagement for the Croatian Navy ships far off the national territory , which is a novel challenge for its members“.
The Guards Motorised Brigade Commander, Brigadier General, Boris Šerić said the Croatian Army deployed a mechanised platoon of the Mechanised Battalion, with 40 soldiers and 4 Patria vehicles of the Guards Mechanised Brigade, a S3 liaison officer, a support group with six servicemen and two motor vehicles, an observer/controller (equipped with a vehicle) and a damage control officer, presenting the Croatian unit declared for the NRF 16 and enhancing its interoperability with other Allies.
“The participation in the Trident Juncture 15 Exercise complements the national training and fulfills the international training commitments. The complexity of the exercise will be an opportunity to test the interoperability and the ability to integrate into an international environment. This is the first deployment of a Croatian Army unit by land, sea and air“, said Brigadier General Šerić.

The Exercise Trident Juncture 15 is taking place from 3 October – 6 November 2015 and comprises two parts- the Command Post Exercise (CPX) for Strategic and Operational level staff training, evaluation and certification (3-16 October) and the LIVEX for tactical level troop engagements (21 October – 06 November) in three locations (Italy, Spain and Portugal, engaging more than 30,000 members from the three services; 15,000 in Spain (the Croatian platoon will operate within the 8,100 troops based in the San Gregorio Range, near Zaragoza). The maritime portion of the exercise is taking place off the coasts of Portugal, Spain and Italy.
The Croatian Deployable Communications Module will operate in the Command Post Exercise in Spain (eight members of the DCM Company are operationally assigned to the Danish DCM-E  ((eight members of the DCM Company) and six members to the German DCM B 1 NSB-a, in the Air Base Zaragoza, Spain.