In the course of  2017 the Croatian Armed Forces will take part in as many as 46 military exercises alongside NATO and partner forces – ten to be held in Croatia and 36 abroad, as decided by the Croatian Government at its session of 28 January 2017, allowing the foreign armed forces to cross the Croatian border and the Croatian forces to take part in the operations abroad, with prior consent by the President of the Republic as the Supreme Commander. The Croatian Armed Forces have taken an active part in various international activities, most importantly in international exercises and training events have an important place. The international exercises are an excellent modality to acquire higher standards and new capabilities and thus build stronger Croatian Armed Forces“, said the Defence Minister Damir Krstičević. The exercises have been allocated 18.9 mil kuna (ca 2,543,883 EUR) in the defence budget. Croatia shares the commitment of participating in various initiatives and activities and in peace support missions and operations.

In addition to 46 exercises engaging NATO member nations forces in the territory of Croatia or the Croatian forces abroad, the Croatian Armed Forces will undertake the routine training events, such as “Harpun“ (Croatian Navy) or „Mač“ (“Sword“ – the exercise for the attendees of the Basic Officer Training); the pre-deployment training and evaluation activities prior to the international peace support missions and operations. A major commitment is are NATO Response Force (NRF) and its enhanced component – the  Very High Readiness Joint Task Force (VJTF).

The Exercise Noble Jump will engage the components of the two, and the scenario involves the forces on the alert (a special operations team of the Special Forces Command, a Military Police platoon and a CIMIC team of the Croatian Army), presently on stand-by.

The Exercise “Udar“ will be conducted at the Training Range “Eugen Kvaternik“ near Slunj in Autumn 2017, as the evaluation event for the Battlegroup II of the mechanised infantry II (918 members of the group, composed of the “Gromovi“ Battalion and of a Military Police company).

Among the main training events in 2017 is “Combined Resolve“, a NATO exercise to be conducted at the JMRC “Hohenfels” in Germany in September, engaging a tank company of the Guards Armoured Mechanised Brigade.

Furthermore, the current year will also see the evaluation of the operational readiness of the individual members and components for participation in peace support operations – “Mir“ (as a pre-deployment event for Resolute Support Mission), for KFOR in Kosovo and training for the Croatian Navy ‘s members in the EU-led “ATALANTA“ off the coast of Somalia respectively.

The longest running exercise of the Croatian Armed Forces – “Štit 17“– will take place at the Training Range “Rt Kamenjak” near Pula in April, to practice tactics and techniques and aerial target engaging. The participation of  the Slovenian Armed Forces has given it an international character.

Although not an exercise in the strict sense, the abilities upgrade of the members of the Croatian Armed Forces is facilitated by the Best Soldier Competition, to be organised by the Croatian Army in May, aimed at inciting the soldiers to continuously maintain their physical and tactical abilities and at promoting the spirit of competition. 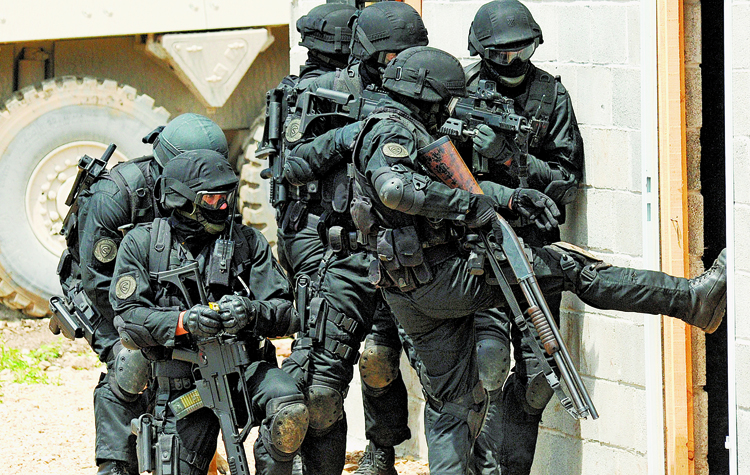 The training range near Slunj and at Udbina will house an activity (titled “Shock“  to be conducted in co-operation with the U.S., will be an opportunity for the mechanised company of the Guards Mechanised Brigade to ehnance its capabilities and interoperability with the U.S. troops.  Both countries will engage the 150-member components.

Already traditional exercise of the units of the United Kingdom and the Croatian Army. Planned to take place at the Training Range „“Crvena zemlja“ near Knin in late August and early September. It provides an opportunity for the Croatian soldiers to train in an international environment and to provide support to the NATO forces. 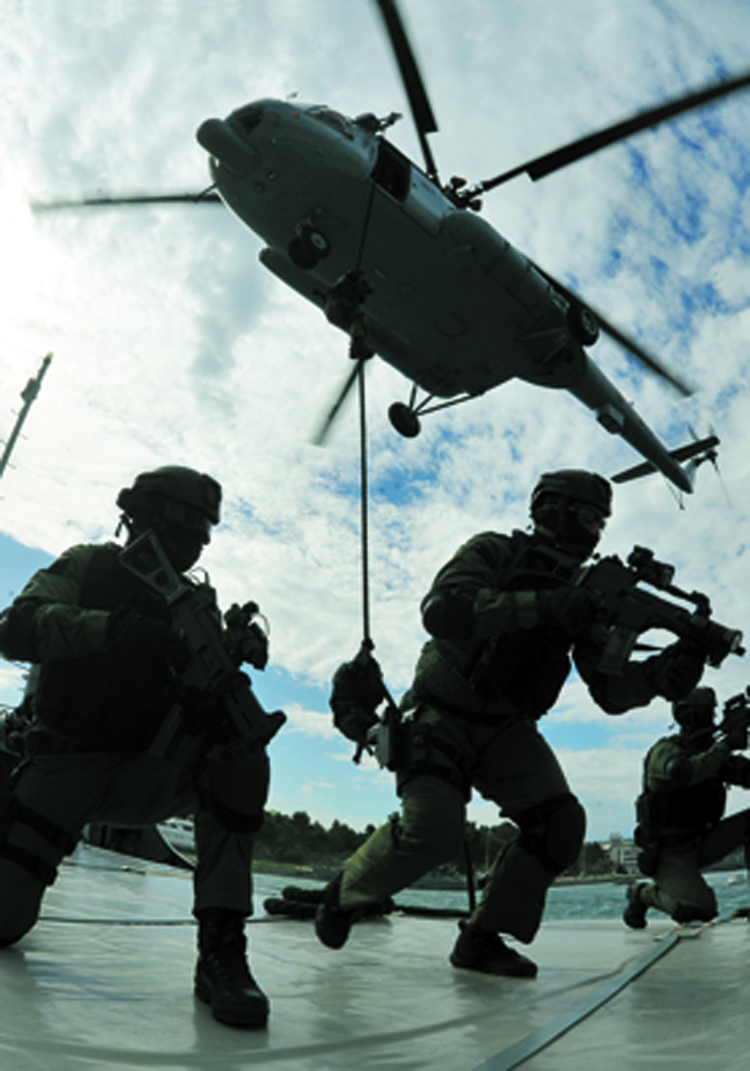 The Exercise Combined Resolve IX will take place at the JMRC “Hohenfels“ in Germany throughout September 2017, led by the the US EUCOM. The Croatian participant will be a tank company of the Guards Armoured Mechanised Brigade (a total of 80 participants), which will practice integration of armed forces of NATO and partner countries, the conduct of joint security operations and upgrade of force interoperability.

Italia will host a Navy countermine operations practice event in May 2017, in accordance with NATO countermine tactics and procedures. The Croatian minehunter divers will practice WITH the Italian Navy members.

An exercise within the ADRION Initiative, which conducts periodical naval exercises in the Adriatic and the Ionian Sea, will be conducted in Greece in May and June 2017, and will engage the members of the navies of Albania, Montenegro, Greece, Italy and Slovenia, practicing NATO procedures and the capabilities of planning and conduct of international naval crisis response operations.

Members of the Croatian Armed Forces will take part in an exercise of helicopter units of the Croatian Air Force and Air Defence and of the members of the Special Forces Command in an international conflict environment as well as the practice of SAR /CSAR/MEDEVAC techniques and procedures to be conducted in Hungary in late May .

In September the members of the Special Forces Command will take part in the Exercise Cobra 17 in Poland, to enhance interoperability of special forces, force outpost and operations conduct capability in a joint international environment.

The Command of Naval Striking and Support Forces NATO is conducting BALTOPS 17 in June with the participation of members of the Croatian Navy.

Allied participation demonstrates NATO’s resolve to defend the Baltic region, and will hone the interoperability of Allies and partners to work together, while promoting security and stability of the Baltic, with the emphasis placed on amphibious landing, air defence, anti-submarine warfare, countermine warfare and maritime interdiction operations.

The exercise Saber Strike 17 engaging NATO and partner countries will be conducted in Latvia led by the US EUCOM, featuring the integration of NATO and partner nations armed forces, joint security operations and enhanced interoperability. The Croatian contingent will include the cargo handling platoon, lorries transporting containers and fuel, ADR fuel tanks drivers and staff personnel.

EUCOM is conducting an exercise in Romania, Bulgaria and Hungary in summer 2017, which will engage a mechanised company and a tank platoon. The exercise entails practicing of force outpost procedures and the conduct of operations in a joint international environment alongside other NATO nations’ forces.

Four 12-member M-84 tank squads and a liaison officer will attend the USAREUR Strong Europe Tank Challenge at the “Grafenwöhr” Training Range in Germany. The competition is designed to train the squads and test their tactical abilities through a list of events from NATO procedures and adds to the interoperability enhancement among the participating countries.