Back to homepage »
Share:
The members of the Support Command are training to maintain a tent village which offers accomodation for 150 PAX on various terrains even under adverse weather conditions. The accomodation capacity is the U.S. Army  standard Armament systems (aircraft, armoured vehicles and rifles) occupy a central […] 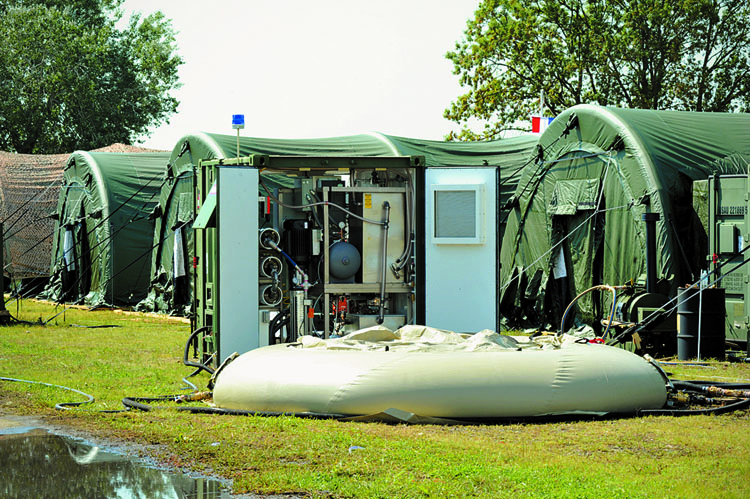 The members of the Support Command are training to maintain a tent village which offers accomodation for 150 PAX on various terrains even under adverse weather conditions. The accomodation capacity is the U.S. Army  standard Armament systems (aircraft, armoured vehicles and rifles) occupy a central place in the equipment and modernisation projects for  the Croatian Armed Forces, and personal items gear such as uniforms, helmets  and protective vests caught the public attention too. An important, though less known project is the new Expeditionary Camp for the Croatian Armed Forces , managed by the Support Command. Its personnep has worked for months with the U.S. partners settling the ground for the delivery and set up of the camp in the Barracks “Croatia“ (in June and August respectively) , which will provide comfortable accomodation for 150 persons for various various types of terrain, even in extreme weather conditions.  The camp is a tent village, supplied with power, water, heating and air conditioning  and comprises messing and toilet block – it is a self-sustainable field facility referred to as Force Provider Expeditionary Base Camp, intended for the initial phases of the operations, and may be used for up to six-months.
”Last year the representatives of the Armament Sector of the Ministry of Defence and the Support Command tested the tent and container configuration and the maintenance assets in the Fort Devens Base in Massachusetts, where the U.S. Army has developed various configurations for bases used for accomodation and operation of the military, including the expeditionary camps,  in a joint effort with suppliers “, said Lt. Col.  Boris Leš of the Support Command.  The third generation of experditionary camps developed in Fort Devens consists of containers instead the tents.
Importantly, the configuration procured for the Croatian Armed Forces is at the U.S. Army quality level and was delivered from the U.S. Army war reserves stored in the base in Leghorn The instructing team is the Technical Assistance Team from Letterkenny , Pennsylvania,  who taught the members of the Support Command set up and maintain the equipment and also familiarised them with the related projects. Crpatoa . Along with the training of the JTS members to set up and maintain the equipment, they also directed them to current trends and projects.
The training and building of the camp  in the Barracks “Croatia” took place from 21 August – 8 September 2017. The “Hrvatski vojnik“ magazine team visited the soldiers in the second week of the cycle  Croatian soldier’s team arrived at the beginning of the second week of the cycle, during their familiarisation with the procedures of prescribed use and maintenance of the infrastructure. The camp had been set up the previous week,while the third week featured the disassembly and packing of the elements to be transported back and re-used. 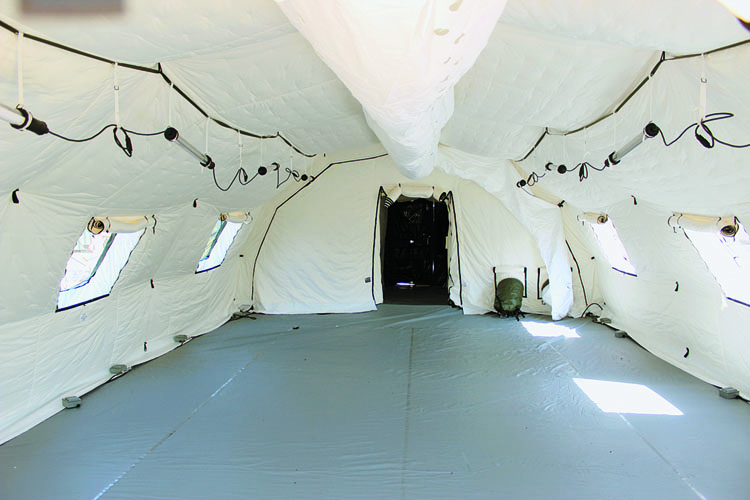 All the designated personnel, including the Commander, 1st. Lt. Martina Mataković-Barun, has to take thorough training in handling the Camp.  ”A group of 20 members of the General Logistic Support Battalion and four members of the guards brigades are undergoing training by the mentors from the Force Provider Technical Assistance Team, concieved as “Train the Trainers“, as the present group will shortly train new groups of soldiers, theeby increasing the pool of the personnel to execute the demanding task“. The present Long-term Development Plan of the Croatian Armed Forces stipulates „“ the procurement of assets and equipment for accomodation, work and logistic support for 1000 in field and extreme weather conditions. The Plan draws on the building of capabilities and implementation of assumed NATO Capability Targets. With the procurement of three more Force Provider Camp configurations  in the three-year projections,  the capability of field accomodation for a battalion-size unit will be achieved. The complex handling of the camp equipment will affect the organisation of the Services Company of the General Logistic Support Battalion, to ensure more rational and efficient  operation.
It takes eight to ten well-trained soldiers to set up the camp and 15 specialists to maintain it.  The Camp is configured from highly sophisticated components and systems requiring well-versed operators. It can be set-up within three days. The Support Command also received the necessary tools and devices. Regarding the strategic airlift, the TRICON containers storing the Force Provider camp components can be transported by aircraft, ships, trains, and lorries . A 150 PAX camp is transportable by a C-17 Globemaster or four trailers respectively.
The delivery of the water purification device is due soon in the Support Command. The device applies reverse osmosis and upgrades  the configuration of the Force Provider but is also used for other purposes..
The main authority for the operation of the water purification system – declared as a Capability Target – is the Water Purification and Supply Platoon (which belongs to the Services Company). The designated personnel will shortly take a two-week training administered by U.S. instructors and in addition to that the Support Command plans to refer some to the  courses in the United States. “The capabilities are developed to build the capacity of providing the logistic support to units deployed to missions and operations outside the national borders, which require quality accomodation and services, to reduce the exposure to unhealthy and uncomfortable conditions“.The government administration bodies and civilian institutions have demonstrated interest in the capability; the link with the civilian component is evident as the expeditioary camps at the Force Provider level have a wider purpose, as they may be set up in the event of  natural disasters and other emergences requiring assistance to the population in need. 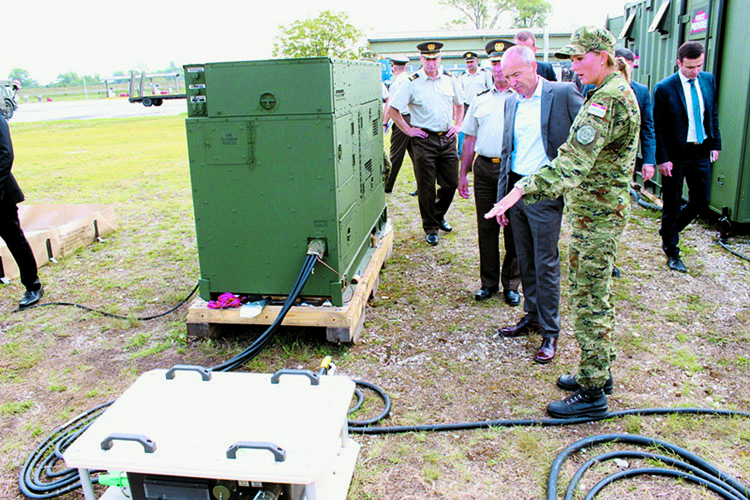 FORCE PROVIDER EXPEDITIONARY BASE CAMP (150 – PAX)
– accomodating 150 persons
– seven accomodation tents with foldable bunk beds and one administrative tent, all air-conditioned and LED illuminated.
– one kitchen and messing tent,  preparing four meals for 150 persons (in two 48-persons shifts), a kitchen with a convection  oven, a steam oven and a griddle
– one refrigerator container
– ten or more small transportation containers with the equipment , containers  with power units and other power supply systems
– one laundry container (with a 75-kg washing machine, three cyles in a hour) and a dryer;
– two tents and two containers configured as a 8-shower lavatory
– two toilet containers
– all water-using facilities are connected to the water supply and water conduit system;
75 % of the water used for showers and laundry is reusable;
– the tents are non-inflammable
Eight to ten well-versed soldiers are needed to build and configure the FP 150 PAX Camp, and 15 specialists to maintain it.