Back to homepage »
Share:
“Our state has been partnered with Croatia since 1996 and we want to help the Croatian Air Force become as modern as it can be. Bringing in the F-16 aircraft is a gesture with which we wish to show how much we appreciate the co-operation with Croatia and its military,” said Colonel Christopher Blomquist, the Wing Commander of the 148th Fighter Wing of the Minnesota National Guard, which paid a visit to the 91st Air Base in Pleso on April 5-8… 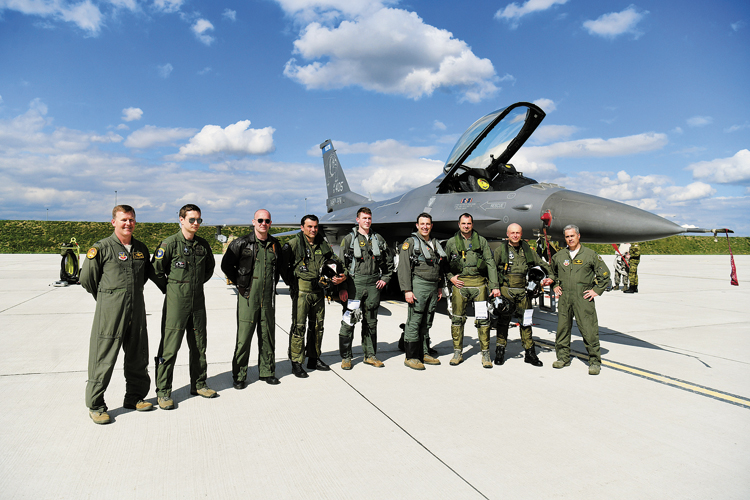 The members of the 148th Fighter Wing of the Minnesota National Guard paid a visit to the 91st Air Base in Pleso on April 5-8. The visit was organized in the realm of the bilateral defence co-operation between the Republic of Croatia and the United States of America. For the first time in history, F-16 multirole fighter aircraft landed in Croatia.

General Mikić pointed out that that the members of the Minnesota National Guard would hold workshops for Croatian pilots and train tactics, techniques and procedures with them, in accordance with NATO standards. He also underlined the importance of the partnership between Croatia and the state of Minnesota.

Colonel Blomquist said he had been to Croatia several times and was happy that the Minnesota National Guard had been able to bring F-16 aircraft to Croatia for the first time.  “Our state has been partnered with Croatia since 1996 and we want to help the Croatian Air Force become as modern as it can be. Bringing in the F-16 aircraft is a gesture with which we wish to show how much we appreciate the co-operation with Croatia and its military,” Colonel Blomquist stated.

The Commander of the Fighter Aircraft Squadron emphasized the fact that the visit by the 148th Fighter Wing was a continuation of the long-time co-operation between the Croatian Armed Forces and the Minnesota National Guard. “We are much obliged that the aircraft were brought here for the first time. I am glad that all training activities we had planned together will now be realized,” Lieutenant Colonel Jagodić said. 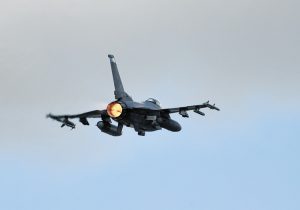 A pair of F-16 aircraft was welcomed by two MiG-21 aircraft in the Croatian airspace. First Lieutenant Šime Alić said the event had reinvigorated his motivation and encouraged him to continue growing professionally. “It was extraordinary to see such powerful aircraft flying next to our MiG-21 aircraft. Every flight presents a new learning experience. I hope we will learn even more from training and talking with American pilots,” First Lieutenant Alić concluded, adding that any experience U.S. pilots could pass onto the Croatian Air Force’s Fighter Aircraft Squadron was invaluable.

On the second day of their visit to the 91st Air Base of the Croatian Air Force, the 148th Fighter Wing conducted joint manoeuvres with the Fighter Aircraft Squadron. American pilots flew in their F-16 multirole fighter aircraft, while Croatian pilots joined them in their MiG-21 aircraft. Ahead of the flight, they were visited by Deputy Prime Minister and Minister of Defence Damir Krstičević, the Chief of the General Staff of the Croatian Armed Forces General Mirko Šundov, United States Ambassador to Croatia W. Robert Kohorst and U.S. Defence Attaché Colonel Robert Mathers.

Minister Krstičević described the event as historic and called it a yet another confirmation of the friendship and strategic partnership between the Republic of Croatia and the United States of America. He also recalled his visit to the Minnesota National guard last year, when he flew on an F-16 aircraft, and concluded: “I am glad that you have accepted my invitation and I hope that you will enjoy observing Croatia from the sky.”

Ambassador Kohorst was pleased that the members of the Minnesota National Guard had paid a visit to Croatia. “I thank Croatia for the invitation and good collaboration. We shall do everything in our might so that Croatia could procure fighter aircraft,” said Ambassador Kohorst and wished the pilots a safe flight.

The first joint flight saw American and Croatian pilots practicing tactical-level air-intercept procedures and basic fighter manoeuvres at an altitude of up to 6000 metres above Slavonia. During the second flight, Croatian MiG-21 and American F-16 aircraft flew in various formations and toured areas such as Kvarner, Zadar, Lika and Plitvice Lakes National Park at an altitude of 1000 metres. Cadet pilots of the Croatian Air Force and a hundred cadets from the Croatian Defence Academy “Dr. Franjo Tuđman” observed the flights from Barracks “Lieutenant Colonel Marko Živković” in Pleso. Later, they also had a chance to inspect the American aircraft. Cadet Josip Jelača from Zadar, currently in his fifth year of training to become a military pilot, described the American multirole fighter aircraft as impressive and powerful. He also invited young people to apply for cadet positions, concluding that the calling of a military pilot was an honourable one.

“I have been flying on the Pilatus PC-9M aircraft for two years and have accumulated 170 flight hours on it. However, that aircraft cannot compare with the F-16 or any other fighter aircraft for that matter. Who knows, maybe we will fly such aircraft one day, as well,” said future military pilot Jelača.

Antonio Donadić from Rijeka, currently in his fourth year of training for a military pilot, was also impressed with the American F-16 aircraft: “I have dreamt of becoming a pilot since I was a child. Flying such an aircraft is the peak on any military pilot’s career. I invite young people to be courageous and join the Croatian Air Force.”