Back to homepage »
Share:
The Croatian Defence Minister  Damir Krstičević announced  25 October – the date of the overflight of the legendary pilot Rudolf Perešin for Croatia - as the new Croatian Air Force Day. 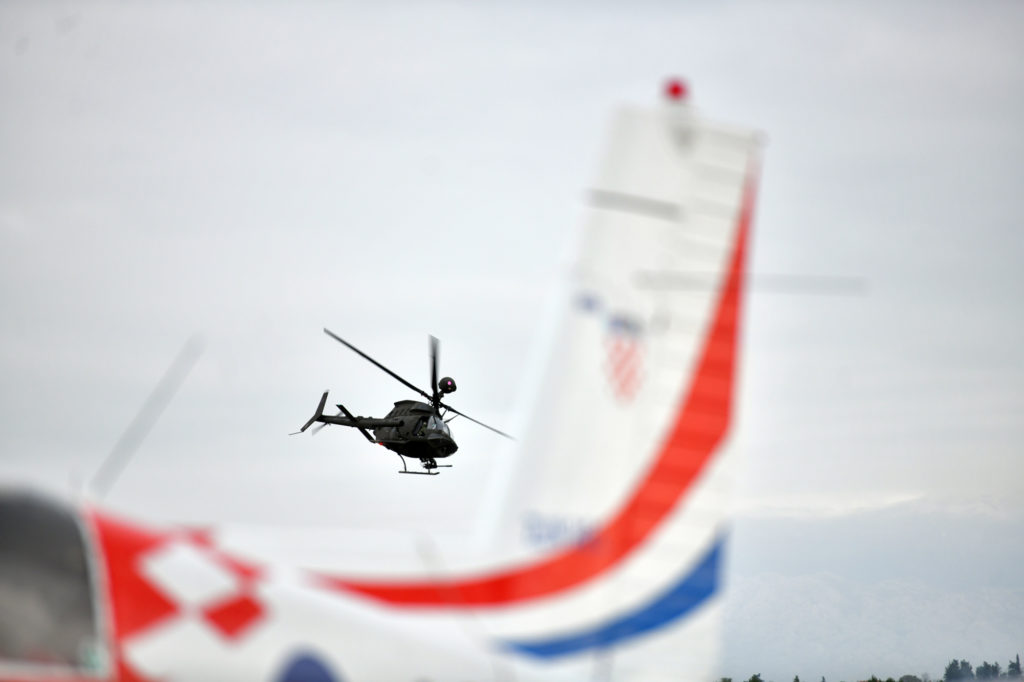 Over the past 28 years the Croatian Air Force has had made significant progress acquiring capabilities and capacities of a modern service.

The Barracks “Pukovnik Mirko Vukušić“at Zemunik on 12 December 2019 hosted a ceremony marking the 28th anniversary of the establishment of the Croatian Air Force, , praise and awards. Alongside the families of the fallen Croatian pilots Rudolf Perešin, Marko Živković and Mirko Vukušić, the Envoy of the President of the Republic as Supreme Commander of the Croatian Armed Forces  Zrinko Petener, by the Deputy Prime Minister and Defence Minister Damir Krstičević as Envoy of the Prime Minister, by the Deputy Prime Minister and Defence Minister Krasimir Karakačanov, by Chief of the General Staff of the Croatian Armed Forces, General Mirko Šundov, by the Prefect of the Zadar County Božidar Longin, by the Mayor of Zadar Branko Dukić and other distinguished visitors.

Zrinko Petener said that over the past 28 years the Croatian Air Force had made significant progress acquiring capabiliies and capacities of a modern service.

“Rudy’s historic feat and a strong message led us to propose the date – 25 October  –  as the new Croatian Air Force Day, to remind the future generations of Croatian pilots of the heroism of Rudolf Perešin and all others who created it.

The Minister praised the return of Rudolf Perešin’s MiG (seen by 150,000 citizens in a few months time) during the office of the present  Government.

The Minister expressed appreciation to the pilots and air technicians for their contribution to the security system and stressed the admirable progress achieved by the Croatian Air Force in terms of capabilities and capacities over the past 28 years.

“The present Government procured the Kiowa Warrior helicopters, which have reached full operational capability, the Mi-171Sh helicopters have been overhauled, and the powerful Black Hawk helicopters will be delivered soon“.

“The Croatian Government decided to accept the donation of two Black Hawk helicopters and procure two more helicopters, including the training and logistic support”the Minister stressed and announced the continuation of the construction of a stronger Croatian Air Force. “In addition to the procurement of the helicopters, the Ministry is expecting the receipt of bids for multi-purpose fighter aircraft. The National Security Council pledged strong support to the procurement of the aircraft, for the purpose of strengthening the combat component of the Croatian Air Force  and provide security of Croatia and of its skies“, said Minister Krstičević.

General Šundov said that the establishment of the Croatian Air Force was full of challenges. “We organised our air force from scratch , mounting weapons systems onto  sports, agricultural and training aircraft. We had to improvise, and our heroic feats and the bold overflights of our heroic pilots from the JNA air bases raised the morale of the Croatian defenders and their hope in the final victory “said the Chief of General Staff, who also recalled the critical support by the first fighter aircraft in the operations deblocking  Dubrovnik unblock and announced further investing into the development of the Croatian Air Force and its capabilities.

The Exhibition in honour to Rudolf Perešin