Back to homepage »
Share:
Andrej Plenković is the first Croatian prime minister to visit the members of Battle Group Poland in NATO’s enhanced Forward Presence. “By participating in this NATO activity, the members of the 4th Croatian Contingent in enhanced Forward Presence gain valuable experience and develop their professional capabilities. Simultaneously, they nurture co-operation with our major partners in the domain of defence and security,” Plenković said… 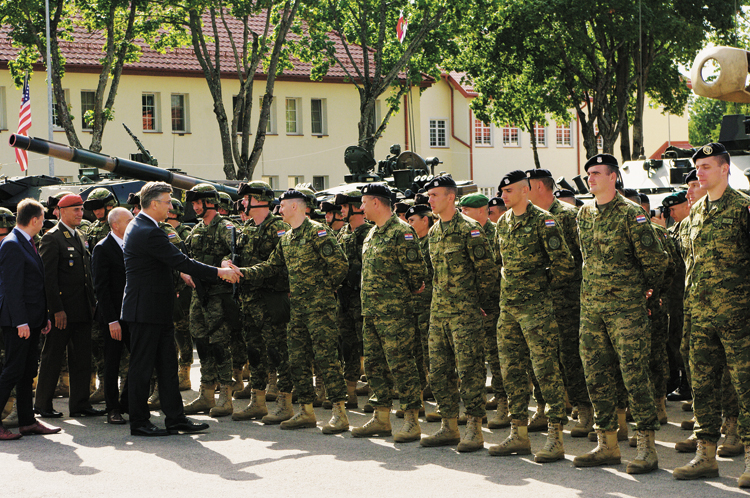 On the occasion of their official visit to the Republic of Poland, Croatian Prime Minister Andrej Plenković and Deputy Prime Minister and the Minister of Defence Damir Krstičević paid a visit to the 4th Croatian Contingent in enhanced Forward Presence (eFP) at Bemowo Piskie Training Area. They were joined on their visit by the Polish Minister of National Defence Mariusz Błaszczak and the Deputy Commander of the Croatian Army Brigadier General Boris Šerić.

Prime Minister Andrej Plenković’s call upon American, British, Croatian, Polish and Romanian soldiers marked not only his first visit to the members of the Croatian Armed Forces in an international mission but also the first visit of any Croatian prime minister to Battle Group Poland in NATO’s enhanced Forward Presence.

The 4th Croatian Contingent in enhanced Forward Presence, consisting of 80 soldiers, is currently serving in Poland. 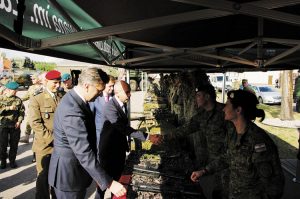 While socializing with Croatian soldiers, Croatian prime minister and the minister of defence underlined that they had received commendations and heard good things about the soldiers’ demeanour. Their pride over the soldiers’ representation of the Republic of Croatia and the Croatian Armed Forces in Poland encouraged the members of the contingent to keep up the good work.

Croatian prime minister expressed his satisfaction over the professionalism demonstrated by the Croatian soldiers in Poland. “By participating in this NATO activity, the members of the 4th Croatian Contingent in enhanced Forward Presence gain valuable experience and develop their professional capabilities. Simultaneously, they nurture co-operation with our major partners in the domain of defence and security,” Andrej Plenković said.

Minister Krstičević stressed that Croatian and Poland were strategic partners with excellent co-operation in the defence domain. “The Croatian Armed Forces are strengthening their own capabilities in Poland, exchanging valuable experiences with their allies and strengthening interoperability with them in a multinational environment,” Krstičević concluded.

Highlighting the importance of NATO’s enhanced Forward Presence, Minister Błaszczak thanked the Croatian Prime Minister for deploying Croatian soldiers to Poland. He singled out the Croatian contingent for their professionalism and dedication to the development of interoperability not only in joint trainings but also in other activities they took part in.

“We are honoured to be the first contingent to be visited by a Croatian prime minister. This encourages us to keep up the good work,” Major Srđenović underscored, adding that his contingent had proven itself to be on equal footing with all other armed forces in Battle Group Poland. “The contingent has successfully conducted a live-fire exercise from the Vulkan self-propelled multiple rocket launcher and participated in field exercise Puma 19. During our first week in Poland, we participated in the commemoration of 3rd May Constitution Day. We have been representing the Republic of Croatia and the Croatian Armed Forces with dignity since our arrival on 25th April by showcasing our uniforms, equipment and personal weapons. We promote our armed forces and our homeland to the best of our abilities with our professional approach as well as our qualities as humans and soldiers,” Major Srđenović said. 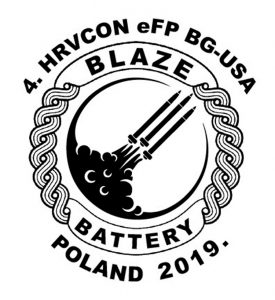 The Croatian Armed Forces have been participating in NATO’s enhanced Forward Presence as a part of Battle Group Poland since October 2017, when the first contingent was deployed there with four Vulkan 122mm self-propelled multiple rocket launchers.

The USA-led Battle Group Poland, comprised of American, British, Croatian and Romanian soldiers, is one of four battle groups implementing the concept of enhanced Forward Presence. The battle groups are deployed on the Alliance’s eastern border (in Estonia, Latvia, Lithuania and Poland), where their members train together with the aim of increasing their interoperability. The backbone of the current Croatian contingent is made up of a battalion from the Croatian Army’s Artillery Missile Regiment, staff personnel employed at Battle Group Poland Headquarters, a team of the Military Police and the National Support Element in charge of the contingent’s equipment and vehicles.