Back to homepage »
Share:
The 1st HRVCON to eFP BG USA was formally sent-off to Poland in the Barracks "Bilogora" in Bjelovar on Thursday 12 October 2017. 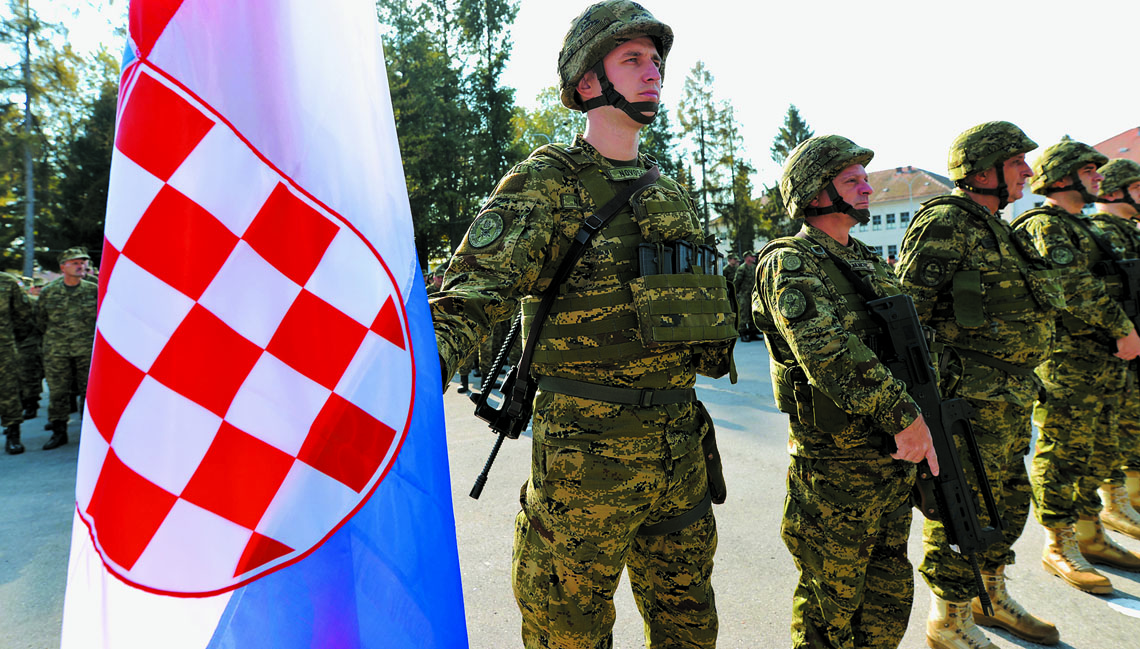 Along with the Contingent members’ colleagues and family members, the send-off was attended by the Envoy of the President of the Republic – the Chief of the General Staff of the Croatian Armed Forces, General Mirko Šundov, the Deputy Prime Minister and Defence Minister Damir Krstičević, the U.S. Defence Attache, Colonel Robert Mathers,the Defence Attaché of the Republic of Poland, Lieutenant Colonel Tomasz Gora, the Minister Counsellor in the Embassy of the Republic of Romania, Narcis Daniel Seiceanu and representatives of the Ministry of Defence and of the Croatian Armed Forces.
The pre-deployment commenced in early 2016 . General Šundov commended the attained professionalism and readiness level of the Contingent members’ readiness.
The objective of the mission and of the Croatian Contingent is to ensure a tangible deterrence and defence of the Alliance in NATO’s eastern flank; my expectation is that the mission will demonstrate and confirm togetherness of the member nations and the strong transatlantic bond. 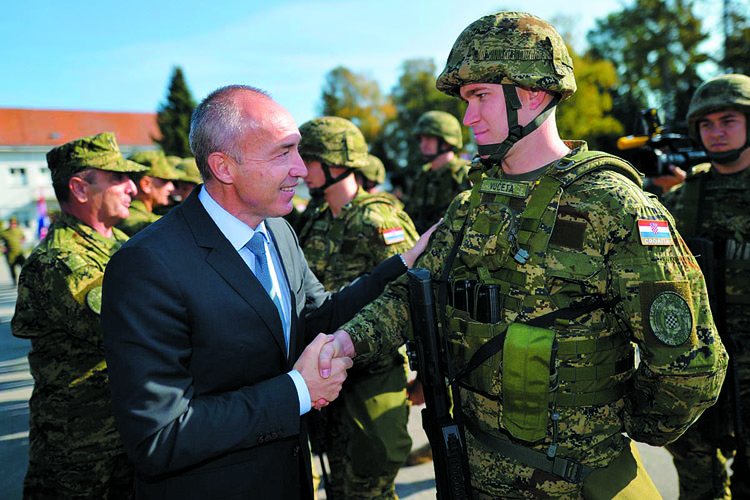 Minister Krstičević expressed the belief that the members of the Contingent would continue exercising their tasks in a professional and focussed manner, demonstrating their abilities and credibility as well as the commitment and readiness to handle the most complex tasks.
“This activity is an occasion to enhance the alliance and interoperability of our Amred Forces, share valuable experiences and grow stronger. Mind safety – take care of the safety of your colleagues. Human lives are the top priority. Display the commitment and the victorious spirit of the Croatian Armed Forces and act dignitously as the representatives of Croatia our homeland“.
The Commander of the 1st HRVCON to eFB BG USA, Major Ivan Užarević expressed conviction in successful completion of the mission:“I am convinced that the enhanced Forward Presence and the U.S.-led operation will be an occasion for the 1st HRVCON members to prove their competence again“.
The U.S. Defence Attaché, Colonel Robert Mathers said the U.S. troops were looking forward to serving alongside the Croatian colleagues, in view of their professionalism and readiness demonstrated in the many missions and operations.
The Defence Attache of the Republic of Poland, Lt. Col. Tomasz Gora welcomed the co-operation between Croatia and Poland. 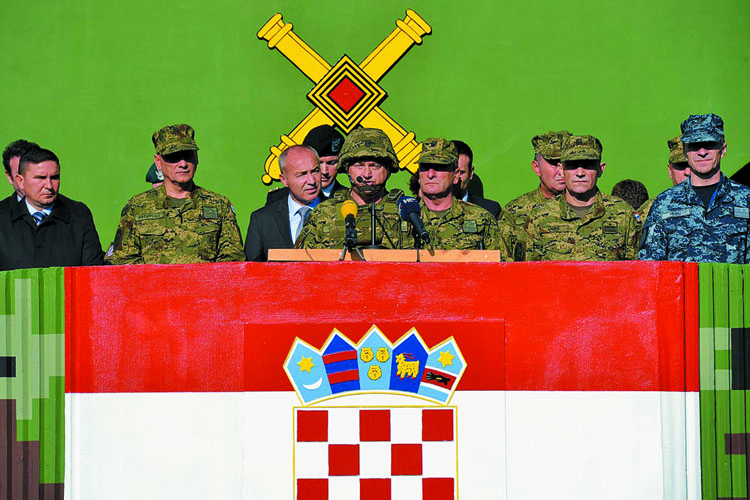 “This is not the first time Croatia is assisting Poland, and Poland is expressing its gratitude. We are extending the appreciation to the Government of the Republic of Croatia and to the Deputy Prime Minister and Defence Minister Damir Krstičević for the deployment of the members of the Croatian Armed Forces to the mission in Poland. The Croatian and the Polish peoples share the same convictions and values, so I am certain that this mission too will the mission succesfully“.
The U.S. – led Battlegrop to be deployed to Poland comprises a MLVS Battery with up to 90 members of the Croatian Armed Forces, including the staff personnel and logistic support element . Its main task and mission will be integration into the U.S.-led Multi-national Battlegroup , comprising the battlegroups from the U.K. , Romania and Croatia, and the conduct of training.