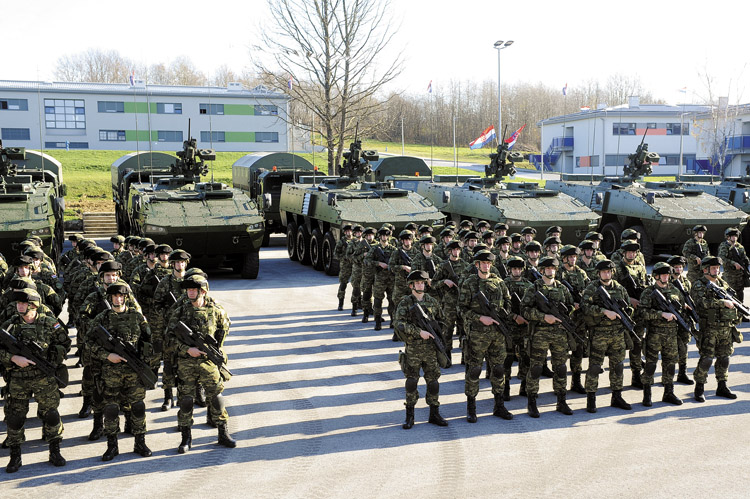 The 1st HRVCON to enhanced Forward Presence in the Republic of Lithuania had the send-off in the Barracks „“Pukovnik Predrag Matanović“ in Petrinja on 24 November 2017. It will be engaged within the Germany-led Battlegroup (1HRVCON eFPBG-DEU).
Alongside the families of the Contingent members, the send-off ceremony was attended by the Deputy Prime Minister and Defence Minister Damir Krstičević (also as Envoy of the President of the Republic), the Chief of the General Staff of the Croatian Armed Forces, General Mirko Šundov, the Defence Attache of the United States to the Republic of Croatia, Colonel Robert Mathers, Minister Counsellor and Head of the Office of the Republic of Lithuania to the Republic of Croatia, Donatas Žiugžda, the Defence Attache of the Federal Republic of Germany, Lieutenant Colonel Janus Kaschta and of the French Republic, Colonel Fabrice Duda.
Minister Krstičević in his address stressed that through its Croatia’s engagement in the Battlegroup and enhanced Forward Presence endorsed the basic values of the Alliance. 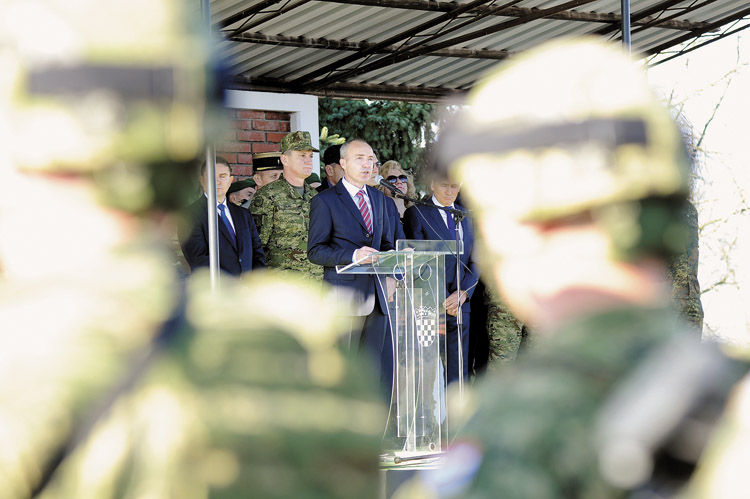 The Minister expressed support to the members of the HRVCON and belief in the professional, responsible and focussed performance as decisive for the success of the mission, and also underlined the importance of representing the Republic of Croatia as a credible NATO ally.
The Chief of the General Staff commended the readiness of the Contingent and underlined the importance and expressed belief in successful conduct of the new mission for Croatian Armed Forces, contributing to the collective defence and deterrence in the eastern NATO flank,and to basic values of the Alliance, togetherness and the transatlantic link, as well as to the successful and friendly relations between Croatia and Lithuania, the Baltic and the Adriatic regions.
The 1st Croatian Contingent to enhanced Forward Presence eFPBG–DEU is composed of 181 members, manned mostly by the members of the 1st Mechanised Company of the 1st Mechanised Battalion ”Tigrovi“ of the Guards Mechanised Brigade of the Croatian Army with the respective assets and equipment, including the logistic support elements and armoured personnel vehicles (Patrias). 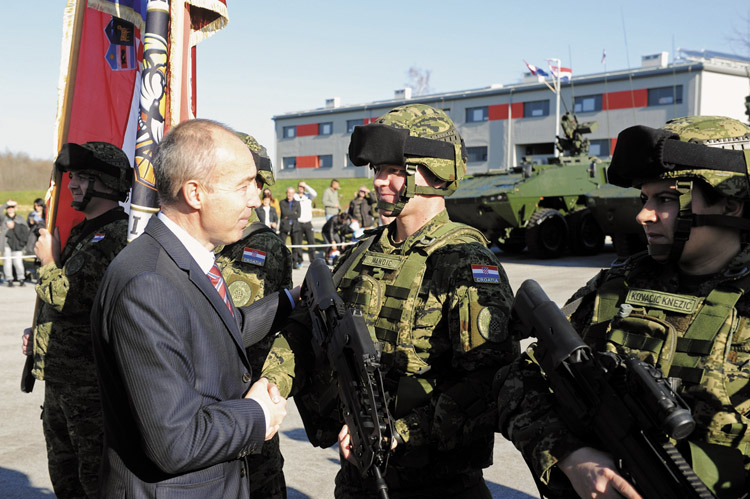 The basic mission and task of the 1st HRVCON to eFP is integration into the multinational Germany-led Battlegroup (also comprising the components of the armed forces of the Netherlands, Norway, Belgium, the Great Duchy of Luxembourg, France and Lithuania) and the conduct of joint training events.
The HRVCON Commander is Captain Marko Krpan, the Commander of the 1st Mechanised Company of the 1st Mechanised Battalion” Tigrovi“.
The Croatian contingent to the Republic of Lithuania will be engaged for a period up to seven months, and stationed in the Training Range “Rukla“, 110 km NE from Vilnius.
The Contingent members successfully completed the pre-deployment training and evaluation within the military exercise ”Udar 17“, conducted in the Training Range ”E. Kvaternik” near Slunj from 14. September – 6 October 2017.
The Contingent consisting mainly of mechanised infantry is equipped with the necessary assets (13 combat Patria vehicles, one recovery and one medical Patria vehicle, field vehicles and the equipment) which were transported to the mission area in Lithuania by rail.