Back to homepage »
Share:
The Minister presented the current situation in the Croatian Armed Forces,  the achievements over the past three years and the envisaged further development required to be ready to respond to new challenges 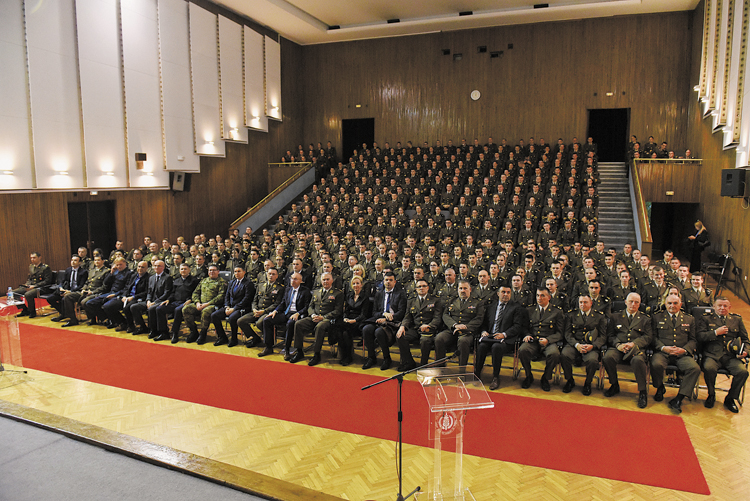 The Minister presented the current situation in the Croatian Armed Forces,  the achievements over the past three years and the envisaged further development required to be ready to respond to new challenges.

The human resources are the core of the defence system, and motivated and persistent soldiers, committed to his homeland and family are invincible. The success of any organisation depends on selection and development of candidates. True leaders possess a refined sense for selection and growth of potential leaders.

The Minister also said future commanders are individuals with courage, knowledge and abilities. They need to believe in their teams, motivate them and create positive work  environments, all of which benefits the development of future leaders and enable them to assume the responsibility for their decisions.

“It is our goal for the future  of modern Croatian Armed Forces, as a guarantor of stability and stability of the Republic of Croatia. Investing in the knowledge, training and capacity development of its members is of foremost importance“, said the Minister.

Drawing on the lessons learned and his own experience of a commander in the Homeland War and of a businessman and a politician, the Minister called on the cadets: “Be the leaders who will lead by their own example and make right decisions, minimising the effect of negative facts“.