Back to homepage »
Share:
The past year has been marked by a series of military events and training activities.... 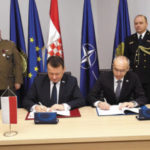 The Minister of National Defence of the Republic of Croatia  Mariusz Błaszczak was on an official visit to the Ministry of Defence, and signed the Agreement on Defence Co-operation between Croatia and Poland. 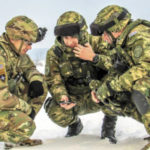 The 3rd HRVCON as a component of the Battlegroup – Poland within NATO’s Enhanced Forward Presence took part in the Bull Run 8 Unit Alert Exercise.The objective of the Exercise was to test the coordination between the command structures of the Polish Armed Forces and NATO Battlegroup Poland. The Exercise featured unit alerting, the arrival to the assigned area and return to the home base. 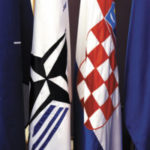 The formal marking of the 10th anniversary of the accession of the Republic of Croatia to NATO. The Vice-president of NATO Parliamentary Assembly Michael R.Turner  said Croatia’s membership and experience in NATO was a positive example for all future member nations of the Alliance. 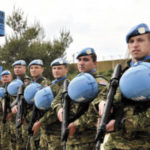 The “Hrvatski vojnik“ magazine team visited the members of the 2nd HRVCON deployed to UNIFIL in Lebanon, tasked with a number of CIMIC projects in addition to the regular tasks. The Contingent is composed of 52 members of the Engineer Regiment of the Croatian Army.

During the six-month term the members of the Contingent conducted force protection jointly with the members of the Italian Contingent, supporting mobility in the area of operations, ensuring unobstructed  strategic and tactical communication, and provided other forms of support to the forces in the UNIFIL Sector West. 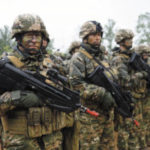 The “Immediate Response 19“ was conducted in in the “Eugen Kvaternik“ Training Range near Slunj and at Udbina. The objective was to practice force mobility, the border crossing procedures and  interoperability upgrade among the partner nations.  Some 1,600 members of the armed forces of Croatia, Slovenia, Hungary, Bosnia and Herzegovina, Albania, Montenegro, Kosovo, the USA, Poland, France, the United Kingdom, Lithuania, North Macedonia, Italy and Germany were engaged in the Exercise.  The final display held in the “Eugen Kvaternik“ Range showcased the  synchronised operation of manoeuvre units, co-ordinated field artillery, aerial fire support and logistic support in simulated conditions of integrated battlefield. The Exercise was concurrently conducted in Slovenia and Hungary. 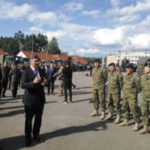 The Croatian Prime Minister of the Republic Andrej Plenković and the Deputy Prime Minister and Defence Minister Damir Krstičević visited the members of the 4th HRVCON in the “Bemowo Piskie“ Training Range in Poland deployed to NATO’s Enhanced Forward Presence (EFP). 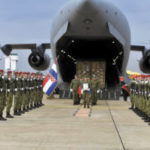 As part of the regular tasks, three members of the 10th HRVCON injured in NATO’s peacekeeping mission were injured Determined support in Afghanistan. Continued member Josip Briški died of his injuries. 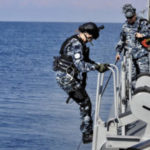 The 2nd HRVCON was sent off to NATO’s Sea Guardian peacekeeping operation. The crew and ship of the Croatian Navy RTOP – 42 Dubrovnik have been sent to the Mediterranean area for the purpose of the Republic of Croatia ‘s contribution to the Allied efforts to ensure common security at sea and to create a maritime situational picture and to develop maritime security. In Operation Sea Guardian, the HRM ship covered the area of ​​the central Mediterranean, that is, the west coast of Sicily to the coast of Tunisia and towards Malta. The contingent’s tasks were to create a complete maritime situational picture, identify potential threats, monitor and detect them, and exchange information 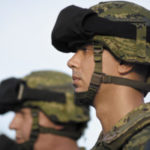 The 5th HRVCON was sent-off to NATO EFP in Poland. The main component of the HRVCON consists of Guards Armoured Mechanised Brigade. During the six-month mission, the Contingent will be stationed in NW Poland, which houses the NATO Battlegroup Team, composed of the Croatian Armed Forces , of the US, of the Romanian and of the UK armed forces. 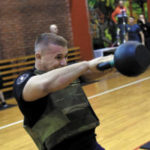 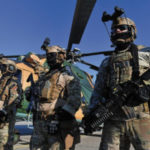 The Multinational Special Aviation Training centre – (MSAP TC) was opened in the Barracks “Pukovnik Mirko Vukušić” at Zemunik. The goal of MSAP is to train the crews operating multi-purpose helicopters for non-conventional special forces tasks in accordance with the Capability Targets of each signatory state. The training will be administered by highest NATO standards.