Back to homepage »
Share:
The members of the contingent were lauded for being worthy representatives of their homeland abroad and for successfully co-operating with the armed forces of allied nations 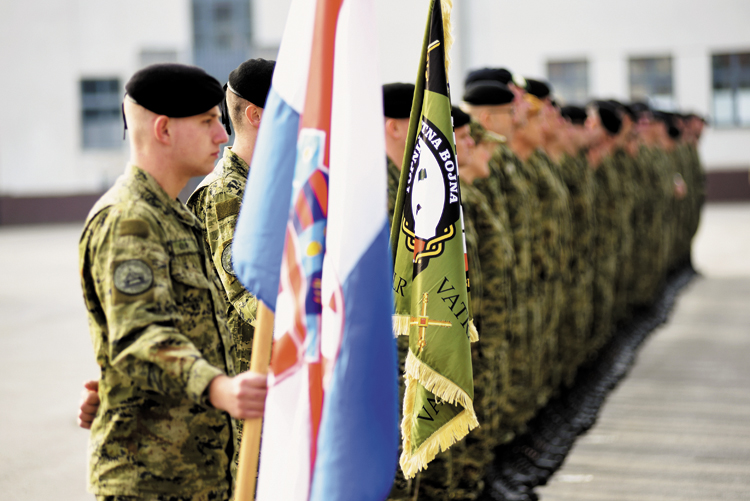 A welcoming ceremony for the 2nd Croatian Contingent in NATO activity Enhanced Forward Presence was held in the “Bilogora” Barracks in Bjelovar on 15th November. The contingent was a part of a battle group in Poland that was led by the United States of America.

The welcoming ceremony was attended by the Commander of the Croatian Army Major General Siniša Jurković, the Military Attaché of the United States of America Colonel Robert Mathers, the Military Attaché of the Republic of Poland Tomasz Góra, the Commander of the Guards Armoured Mechanized Brigade Mijo Validžić, the representatives of the Bjelovar-Bilogora County and the City of Bjelovar as well as friends and family of the members of the contingent.

General Jurković thanked the 2nd Croatian Contingent for being excellent representatives of the Croatian Armed Forces and the Republic of Croatia on the international stage. 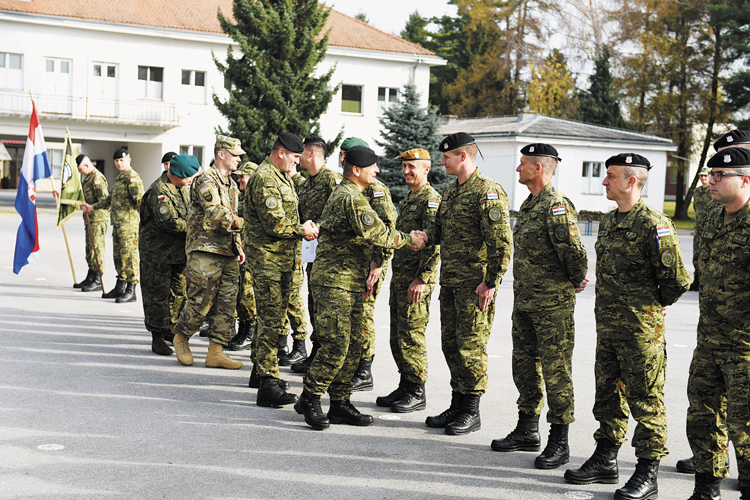 “This contingent successfully completed all of their tasks,” General Jurković said. He further stressed: “The tasks assigned to you demanded hard work and contribution from each individual. The combination of your unity and motivation resulted in a high level of trainedness and readiness to fulfil your mission.”

Colonel Robert Mathers congratulated the 2nd on the successful execution of their tasks in Poland, while undelrining the strong partnership among NATO member countries as the key to the mission’s success: “The fact that we can conduct joint training anywhere, be it Afghanistan, Kosovo or a NATO member country, is an excellent indicator of the allies’ unity.”

Colonel Tomasz Góra shared that sentiment: “This activity in an important symbol of solidarity among NATO member countries and an indicator of respect for Article 5 of the North Atlantic Treaty, which is concerned with member countries protecting one another.”

Colonel Mijo Validžić expressed his satisfaction that the 2nd Croatian Contingent not only successfully executed all of their tasks in Poland, but also returned to their families safely.

The Commander of the 2nd Croatian Contingent in NATO activity Enhanced Forward Presence Captain Dario Bilješković said that the members of the contingent had showed a high level of trainedness and had been worthy representatives of Croatia in Poland. “Side by side with our allies, we executed a great number of tasks, which resulted in the advancement of our combat readiness. Thanks to this experience, each private, NCO and officer now has a chance to contribute to the training processes inside their parent unit by passing on the knowledge acquired in this mission,” Captain Bilješković concluded.

Reverend Damir Vrabec concelebrated a mass in St. Matthew the Apostle’s Chapel. In his sermon, Rev. Vrabec thanked the Lord for the kindness shown to the members of the 2nd Contingent in the period spent outside their homeland. He also called on the congregation to thank God for the gift of life every day.

“With our lives and our work, we advance not only the Church, but our families and all communities we belong to,” Rev. Vrabec said.

The ceremony featured a presentation of awards and commendations to the 2nd Croatian Contingent and a performance by the Bjelovar-Bilogora Police Department’s Vocal Ensemble “Sv. Matej”.