Back to homepage »
Share:
Members of the 194th Multi-role Helicopter Squadron of the 91st Wing of the Croatian Air Force in late January 2021 took a safe night-time training using the night vision equipment (Night Vision Goggles) 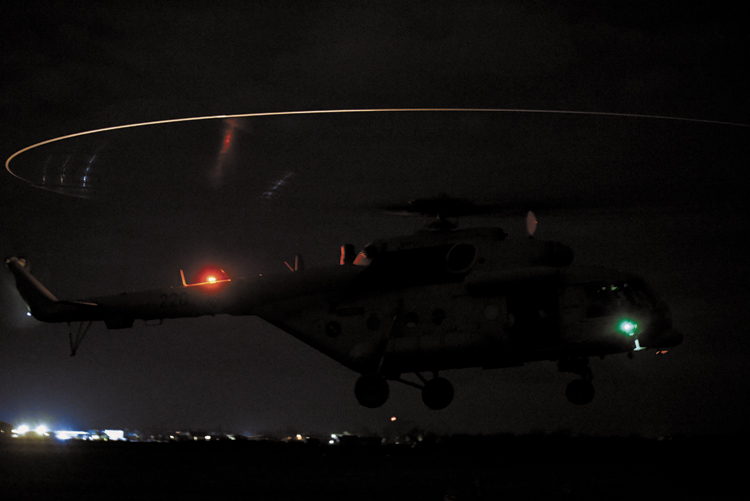 The capability of flying in complex night-time conditions with the use of night vision goggles (NVG) is a highly important and useful capability of helicopter crews. It entails flying at low altitudes, with minimal night light, spotting transmission line wires, tree tops, buildings, antennas and all other potentially risky situations for helicopter; successful manoeuvring and spotting an unmarked yet appropriate potential surface in the dark to land  the helicopter and perform a given task.

The four trainees (two pilots and two air technicians) using the night flying equipment must provide the answer to all the questions while flying the aircraft, quickly and routinely assess the situation and react.

During his 20-year military career Lieutenant Colonel Bernard Bartoluci has gathered impressive references:  he is a pilot, a captain, a flight instructor with hundreds of flying hours logged and is the Commander of the Special Air Operations Platoon of the 194th Squadron. He is also an administrator of the night vision training. In late January Lt. Col. Bartoluci and his team supervised the four trainees at night, instructing, checking and encouraging them, and helped them successfully complete the training cycle.

Lt. Col. Bartoluci explained the purpose of the training and the target skill to master: “While looking through the NVG enhances acuity and increases the ability to distinguish details, obstacles, power transmission lines and trees which are difficult or indiscernible to a naked eye in the dark, it also significantly limits the field of view from the usual 200 °to only 40°”.

The field vied of each crew member is limited, but with proper, professional training and sufficient hours of practice the crew sees a complete picture necessary to complete the task.

Lt. Col. Bartoluci underlines the importance of teamwork and cohesion in the activities of the kind: the multi-part helicopter crew in such conditions is highly interdependent. Each member procures important information, and the coordination, information sharing and standardised terminology are imperative.

In the last week of January, at dusk, the trainees and the instructors concluded the regular pre-flight briefings and checks, checked the health conditions of the crew, updated the latest data on the visibility, the haze and the like within the flight zone and boarded the helicopters, conducting the last control checks.  The engines roared and the aircraft took off into the night towards unilluminated areas, flying 100 m above the woods and rivers of the Zagreb County, the Karlovac County, the Krapina – Zagorje County and the Bjelovar – Bilogora County. 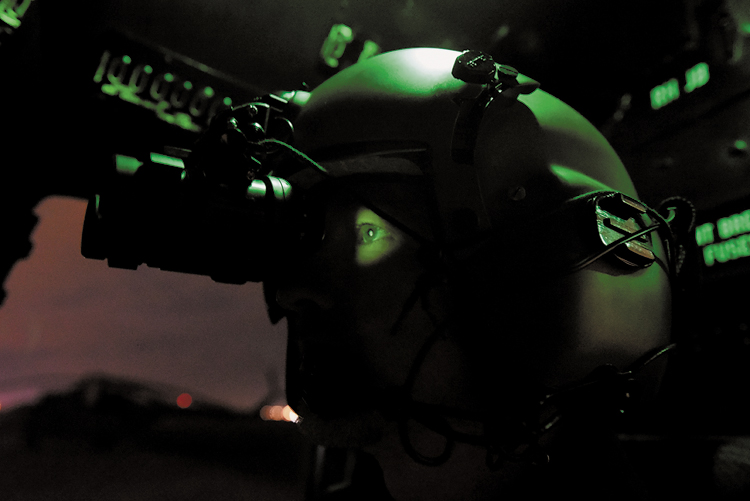 The capability of flying at night time using the night vision equipment (night goggles (NVGs) are extremely important both in combat missions but also in the activities of emergency assistance to the civilian community. The importance of the developed capability to fly at night with the use of NVG was also emphasised in the strong earthquake that hit Petrinja and its surroundings on 29 December 2020. Two helicopter crews took off from the Croatian Air Force heliport at Lučko towards Sisak to transport the patients from the Sisak hospital.

The capability to fly at night with night-flying equipment in emergency situations is necessary both in tasks performed above urban areas and over uninhabited areas. The Croatian Air Force’s pilots’ ability to fly at low altitude during medical flights, search- and-rescue missions, disaster relief operations solving problems in night time flying conditions, and land at unprepared fields, embankments, forest clearings or heliports without the proper infrastructure has so far influenced many destinies and, saving many human lives.

Regular training of helicopter crews is necessary to develop and upgrade the highly important capability of night time flying with the night vision equipment and to ensure the civilian community the emergency assistance that only the Croatian Armed Forces can provide.