Back to homepage »
Share:
The analysis and evaluation of the pilot course showed that the ambitions were justified, as proved by the second event held from  20 to 31 August 2018. 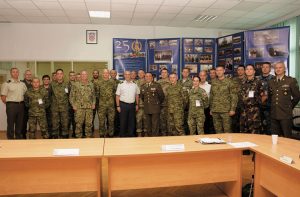 In 2017 CSEL was administered for the first time, as a pilot event, which normally implies a trial event, cautiously planned and conducted. However, the CSEL Course designers – the Croatian Defence Academy and the Office of the Croatian Armed Forces Senior Enlisted Leader set a high level from the start and stated the ambition that the international CSEL Course – a quality international course for senior NCO posts (minimally battalion-level  command sergeants major and CSEL posts in national and multinational joint commands)  would equal the courses administered by renowned NATO’s institutions such as the school in Oberammergau. The Course was initiated at the  U.S.- Adriatic Charter conference in November 2016 but is envisaged to be upgraded to a new level of international NCO education,

The analysis and evaluation of the pilot course showed that the ambitions were justified, as proved by the second event held from 20 to 31 August 2018. At the U.S. –Adriatic Charter NCO conference held in Sarajevo in late 2017, following the evaluation, a conclusion was reached to continue the CSEL Course. The pilot course was evaluated as excellent and useful” said the CSEL Administrator, Sergeant Major Ivan Grudenić, the Croatian Defence Academy Senior Enlisted Leader. The Course is expanding as this year it was attended by NCOs and lecturers from Hungary and Austria which are not members of the U.S. – Adriatic Charter. This year a U. S. NCO attended the Course, while in 2017 the United States was represented by lecturers. The Course administrator is the Croatian Armed Forces and it is international in all of its segments, gathering trainees from nine countries (Croatia, Hungary, Austria, the U.S., Montenegro, Slovenia, Kosovo, Macedonia and Bosnia and Herzegovina) and lecturers from eight countries. “The intention is that each country provides contribution, and the increased interest and the growing number of participants show that we are doing the right thing“. 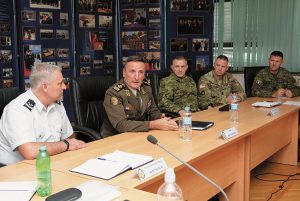 The Course serves to prepare NCOs for duties in international environments at the operational and strategic levels, and the lecturers include NCOs and officers. At the 2018 Course the participants were addressed by the Commander of the Croatian Defence Academy Major General Mate Pađen and Deputy Director of RACVIAC, Brigadier General Gordana Garašić, the ACO CSEL – Command Sergeant Major Davor Petek, the Croatian Armed Forces Senior Enlisted Leader Command Sergeant Major Mario Mateljić. The Course features a wide range of topics, including from law of war conflict, leadership theories, the role of NCOs, communication skills and famliarisation with NATO directives for NCOs. The topics were similar to last year’s, and changes have only been introduced in the practical module. The participants were divided into syndicates and received assignments, and subsequently presented and explained the solutions in their theses. The Croatian Defence Academy intends to organise a new senior level of NCO education, probably based on CSEL. The training would be administered in English and would also necessitate the establishment of a department for international NCO education “It is still a proposal, but if we continue organising training contents like CSEL, engage foreign lecturers and instructors, then it is a feasible task for the Croatian Defence Academy. The Academy has excellent staff already in the Department for Senior NCO education who are experienced with the concept.  The proposed department and education level would be manned  and delivered by the staff supported by foreign lecturers on a rotational basis. The planned  education would place the Academy among the best European programmes and has the necessary support, as evident from the attention shown by senior officers of the General Staff of the Croatian Armed Forces and of the Croatian Defence Academy. Last year’s CSEL Course featured a lecture delivered by ACO Commander, General Curtis M. Scaparrotti and the ACO Command CSEL- Command Sergeant Major Davor Petek, who confirmed that the CSEL course was compliant with the development of the NCO Corps concieved by NATO. The international level of education, the international department and top NATO standards all make a feasible project for the Croatian NCOs and the Croatian Defence Academy.