The year 2015 was characterised by intensive exercises in Croatia and abroad. What was the effect for the NCOs of the Croatian Armed Forces and their operation?

The overall intensified training plans by extension led to increased training agenda for the NCOs as well. What I would lie to underline are the processes of planning, preparation and conduct of individual training as a part of the overall process of training in the units. The individual trainedness and readiness are preconditions of effective joint training of units and therefore of the entire training process. The outcome of the most important exercises and training events confirms that the enlisted soldiers and NCOs who had taken part either in the planning, conduct and evaluation or in the training itself were the ones that performed best.

The recognition and evaluations by the partners in the exercises executed in the national territory or abroad endorse such practice, particularly with regard to individual trainedness and preparedness as the main condition of the successful conduct of the units’ missions.

The Primary Leadership Development Course trains new NCOs each year. Can you highlight the most gratifying aspects of the Course?

In my view it is the most important NCO training programme as it is the incubator of the future NCO Corps of the Croatian Armed Forces. As the initial level of the training, converting the enlisted soldiers into competent leaders, it entirely defines the future of the NCO Corps. I am particularly satisfied with the number of the attendees this year – 210 and with the number of the enlisted leaders (250) to be promoted into NCOs in the same period.

We’ve cleared the backlogs from the past years, and ensured that all soldiers who complete the Primary Leadership Development Course in 2016 and fulfill other criteria for the promotion to the rank of corporal will be promoted indeed.

The Plan and the Programme of the training of the Primary Leadership Development Course is designed in compliance with NATO’s NCO Professional Military Education – Reference Curriculum. Furthermore, during the design phase we consulted the comparable plans and programmes of the partner countries, and I can assert that the Plan and the Programme of our Primary Leadership Development Course is the concentration of the modern needs in leadership development which are implemented into the needs of the Croatian Armed Forces and of the modern tenets of military operation and the conduct of military activities, and is based on the values and experiences of the Homeland War. 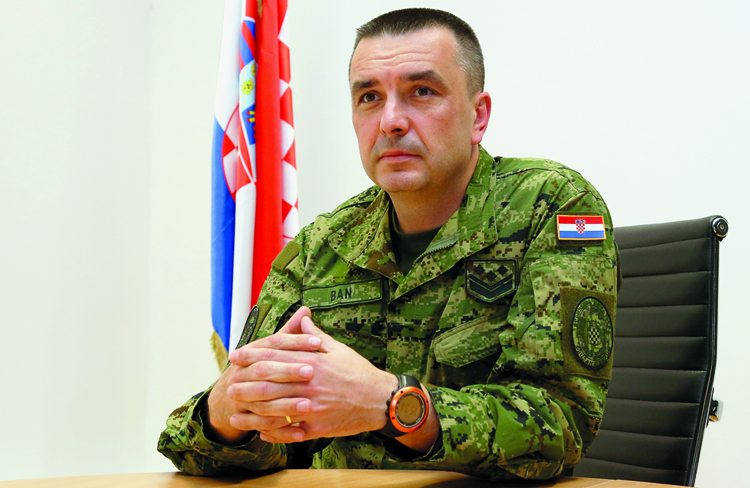 The experiences of the NCOs from the Homeland War are still relevant in the education and training of young NCOs?

What international co-operation activities have been planned for 2016, particularly the International NCO Camp?

We have excellent co-operation with our partner armed forces. While the range of activities may depend on the resources available, the quality is never compromised. The focus of the international co-operation in 2016 is on the 8th International Summer NCO Camp, to  take place in the “Kovčanje“ Barracks in the island of Lošinj and to be attended by 20 participants from the allied and partners’ armed forces. The Camp will comprise the basic soldier and midshipman skills and the visits and familiarisation with the organisational units of the Croatian Armed Forces. Another activity to highlight is the meeting of command sergeant majors of the armed  forces of the A-5 Initiative to take place within the conference of the Chiefs of Defence of the A-5 at the proposal from the Croatian Armed Forces.

Has the Resolute Suppot Mission, which is of different profle compared to ISAF, reflected on the Croatian NCO participants?

The stabilisation profile of ISAF prevailed upon the training of the Afghanistan National Security Forces. Resolute Support is focussed on the development, maintenance and capability building of the ANSF. The NCOs are expected to possess the capabilities and competences enabling them to successfully train the Afghan partners, which requires a high leel of military and specialist knowledge, and the ability to operate in an international environment – the communication, consulting and co-ordination capabilities, excellent command of English and of the senior staff command and control procedures. The mission also requires the working experience, which features highly among our special competences.