Back to homepage »
Share:
Croatia as  the next member country to take presidency of the Council of the European Union is faced with major challenges. The semestral presidency necessitates excellent preparedess of the government administration 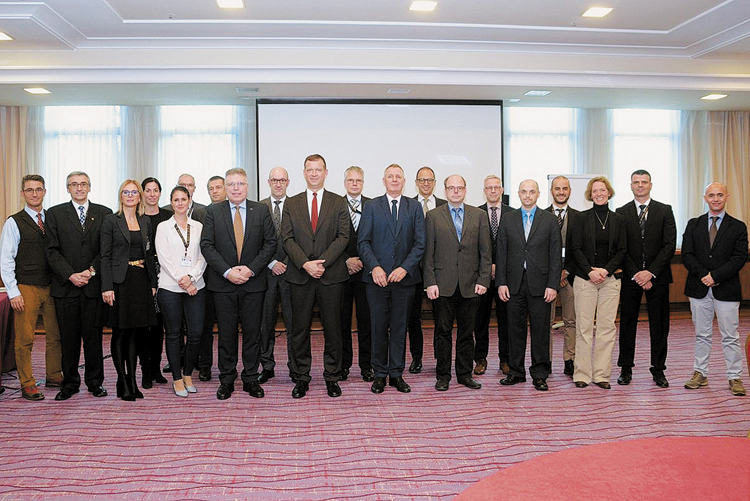 The Course was administered to provide support to the EU member countries with the enhancement of their defence capabilities through co-operation in education at the EU level, in the domain of common security and defence policy of the EU.  As an engine of defence ministries willing to take part in projects for joint capability, it has become a centre of the European defence co-operation.

The goal within the Common Foreign and Security Policy is to develop and promote understanding of Common Foreign and Security Policy among the civilian and military personnel, as well as understanding of challenges at the EU level  through training activities, good practice  concerning various topics  within Common Security and Defence Policy and complement the national endeavours in the area of training and education.

The Course – administered by experts of the European Defence Agency, of Organisation for Joint Armament Co-operation (OCCAR), of the Office Office for Defense Cooperation of the U.S. Embassy to Croatia and of NATO Support and Procurement Agency.

The Croatian representatives presented the instruments for the development of defence industry of the Republic of Croatia and the EU, the Croatian operational tasks and objectives within the European Defence Agency Framework for Development of Defence Capabilities as well as the lessons learned – the Croatian defence and the dual-use projects supported by EU instruments.

The European programme of industrial development of defence and the European Defence fund are Croatia’s priority domains and topics. The Croatian side also presented the defence priorities of the presidency of the Council.

The Assistant Minister for Material Resources Roman Mikulić emphasised that the participation of the Ministry of Defence to the EU activities in the domain contributed to promotion of awareness of Common Security and Defence Policy.

Croatia as  the next member country to take presidency of the Council of the European Union is faced with major challenges. The semestral presidency necessitates excellent preparedess of the government administration and enhanced co-operation in common security and defence policy is one of the priorities of the Croatian presidency (HR PRES 2020).