Back to homepage »
Share:
The ceremonial programme performed in the St Mark's Square in Zagreb on 8 October 2017 to mark the Independence Day and the 26th anniversary of the proclamation of independence of the Republic of Croatia. 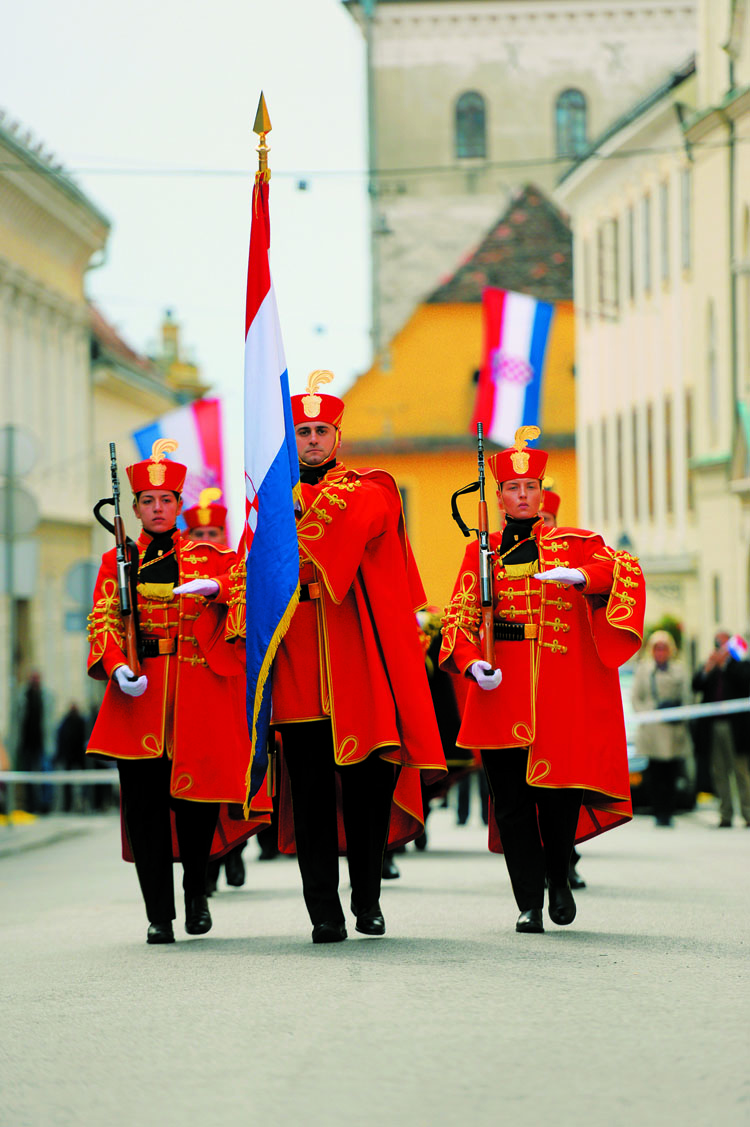 The ceremony was attended by the Envoy of the President of the Republic as the Supreme Commander of the Croatian Armed Forces, Vladimir Šeks (the then Deputy Speaker of the Parliament) the Speaker of the Parliamen Gordan Jandroković, the Prime Minister Andrej Plenković, the Deputy Prime Minister and Defence Minister Damir Krstičević and the Chief of the General Staff of the Croatian Armed Forces, General Mirko Šundov; the delegations laiw wreaths at the Monument the Voice of the Croatian – Wall of Pain, at the Central Cross in the Alley of the Fallen Croatian Defenders, at the tomb of the first Croatian President Franjo Tuđman and at the common grave of all unidentified victims of the Homeland War.
The Envoy of the President of the Republic, Vladimir Šeks stated the Independence Day was an occasion to recall the importance of the Homeland War as the defensive war waged by Croatia to win independence.
“I proudly remember the day; Croats are celebrating this important day – the Independence Day – at home and abroad. Croatia suffered aggression, and all battles were waged in its territory: it was a defensive war and it must never be fortgotten“.
The Deputy Prime Minister and Defence Minister Damir Krstičević congratulated the Croatian citizens on the major date in the modern history of Croatia, stating“ I am glad that the Government of the Republic of Croatia, with Andrej Plenković as Prime Minister, helped revive the ceremony by the Honorary Battalion, after 17 years, thus returning to the fundamental values from the Homeland War, whose symbols must not fall into oblivion. We are expressing our deepest gratitude to the Croatian defenders here today and recalling our first President, Franjo Tuđman. The Croatian Armed Forces have reminded us today of their importance and role in the Homeland War“, said Minister Krstičević. 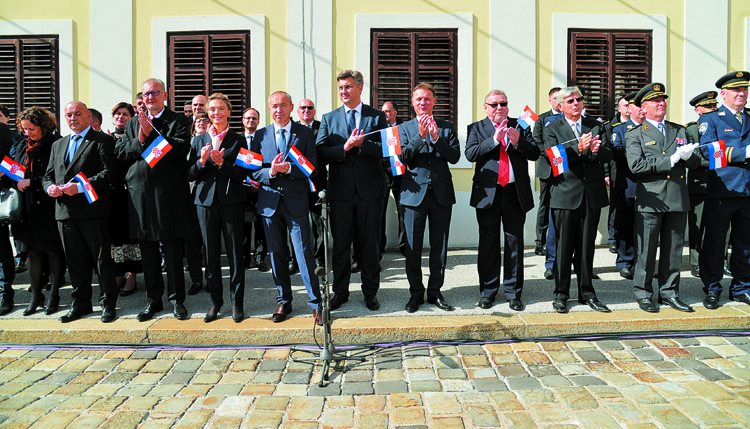 The programme commenced with the ceremony of the Changing of the Guard by the Honorary Battalion, closing the season. The members of the Battalion have performed the ceremony on Saturdays and bank holidays from May through October, after a 17-year pause, pursuant to the decision by the Deputy Prime Minister and Defence Minister Damir Krstičević, The objective of the ceremony is the return to traditional values, to bring the military and the citizens closer together and as to promote the Croatian Armed Forces, Zagreb and Croatia as a whole. The first ceremony was performed in the same square on 30 May 1991.
The members of the Honorary Battalion also performed an exhibition drill, and the Orchestra of the Croatian Armed Forces and the “Kolo“ Singing Company from Šibenik performed the “Brothers Oath“ from the rock-opera “Gubec-beg“ (celebrating freedom and justice as universal concepts), conducted by Ivo Lise and with Adalbert Turner as vocalist.
The programme also comprised the performance of the rock opera “Gubec-beg“ in the Vatroslav Lisinski Concert Hall, by the Symphonic Wind Orchestra of the Croatian Armed Forces, conducted by Lt. Col. Miroslav Vukovojac – Dugan (vocalists Adalbert Turner, Barbara Suhodolčan, Ervin Baučić and Ivan Androić).