Back to homepage »
Share:
On the occasion of the Statehood Day and the end of the 2014-2015 academic year a formal programme with the traditional graduates’ line-up was  staged in the “Petar Zrinski“ Barracks in Zagreb on 25 June 2015.Alongside the graduates’ families, the instructors and the Defence Academy […] 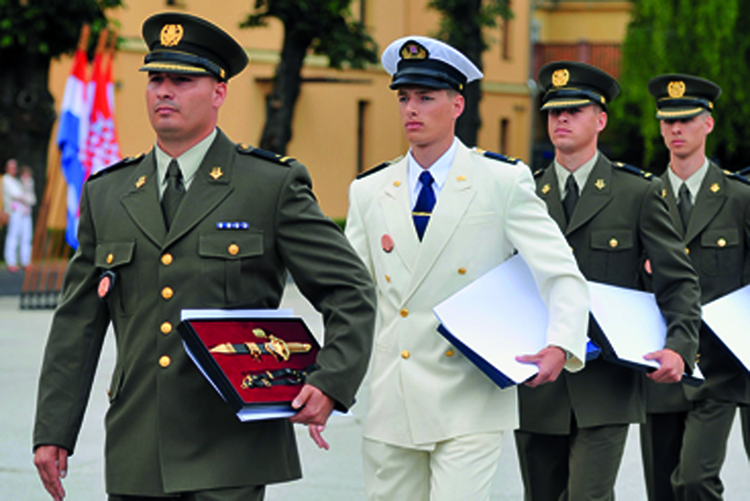 On the occasion of the Statehood Day and the end of the 2014-2015 academic year a formal programme with the traditional graduates’ line-up was  staged in the “Petar Zrinski“ Barracks in Zagreb on 25 June 2015.
Alongside the graduates’ families, the instructors and the Defence Academy Staff, the ceremony was attended by the President of the Republic as the Supreme Commander of the Croatian Armed Forces, Kolinda Grabar-Kitarović, the Speaker of the Croatian Parliament, Josip Leko, the Prime Minister, Zoran Milanović, the Defence Minister, Ante Kotromanović, the Chief of the General Staff, General Drago Lovrić, the representatives of the Croatian Ministry of Defence and of the Armed Forces, of the Ministry of the Interior, the academic community, the diplomatic and military diplomatic corps.
Tthe graduation ceremony of the Basic, Senior and  Advanced NCO Training,  the Advanced Officer School  and the Command and Staff School „Blago Zadro“ was followed by the graduation ceremony of the students of the “Ban Josip Jelačić“ War School, and of the Basic Officer Training for Medical Officers, as the presentation of awards for the best performance and to the best instructor.
Addressing the graduates and invitees the President of the Republic  praised the graduates’ academic  motivation and excellence, owed partly to the support from their families, the Croatian Defence Academy and the Republic of Croatia. The Croatian Defence Academy was established in harsh war times and in the post-war period has achieved merit in the academic community, both military and civilian, materialised in the new military study programme, contributing to the successes of the Croatia Armed Forces. The graduation ceremony, concluded the President, is an event honouring the Statehood Day.,
The Croatian Prime Minister, Zoran Milanović higlighted that the Croatian Armed Forces’ primary mission was to defend Croatia’s integrity, sovereignty and freedom, but their status of a responsible NATO and the EU force entailed engagement in international missions and operations.
The staff of the Croatian Defence Academy,  now integrated into the system of higher education, are committed to investing into knowledge and constant growth  to attain the highest objectives set by themselves. “I wish you success in your careers, protecting Croatia, in peacetime conditions“ ,said the Prime Minister. 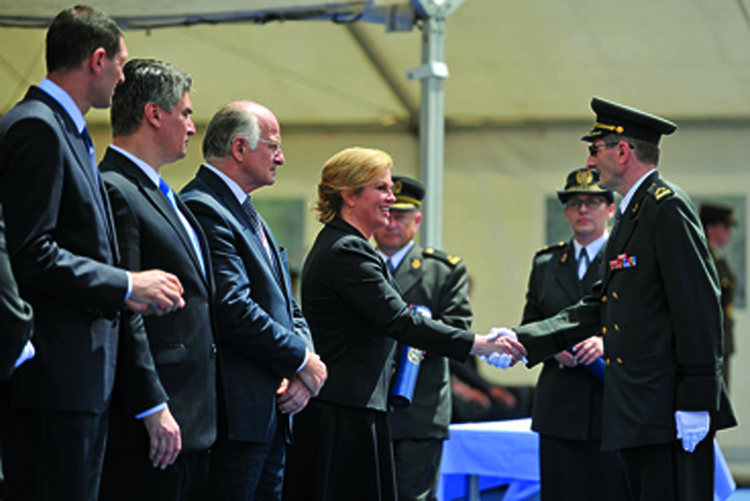 The Chief of the General Staff emphasised the productive development and transformation of the Croatian Defence Academy. The new military study programmes have made the Academy highly desirable for the students in Croatia. Lifelong learning is our  imperative, as knowledge prepares us for  integrated land, maritime, air and cyber dimension operation characteristic of the modern warfare.  Lifelong learning  of NCOs and officers is a key enabler for effective response to the present and future tasks of the Armed Forces.
“It has been a priority of the Defence Academy  to provide the resources and assets for the students in their duties and future careers“, said its Commaner, Lieutenant General Slavko Barić, who reminded of the ongoing activities directed on the development of the Academy and new study programmes. The overall objective is to educate NCOs and officers endowed with  military characteristics, ethics and clear vision of the service in the Croatian Armed Forces.
In the academic year 2014/2015 the Croatian Defence Academy was attended by 314 students (294 of the Croatian Armed Forces and 19 students of foreign armed forces respectively; Bosnia and Herzegovina, Montenegro, Kosovo, Macedonia, Germany, Slovenia and Serbia) and one member of the Croatian Ministry of the Interior.