Back to homepage »
Share:
Only when I got to the arrival area I realised how exhausted I was. We has a longer path to cross this year; as far as the weather is concerned, rain is sometimes your ally, but when it falls constantly, it leaves the ground very […]

Only when I got to the arrival area I realised how exhausted I was. We has a longer path to cross this year; as far as the weather is concerned, rain is sometimes your ally, but when it falls constantly, it leaves the ground very slippery, an extra challenge. But I would not let my Austrian colleague, Sgt Vassold (competing in the foreigners group), beat me. We were both driven by the athletic spirit. I was additionally motivated competing on my birthday and in my hometown. 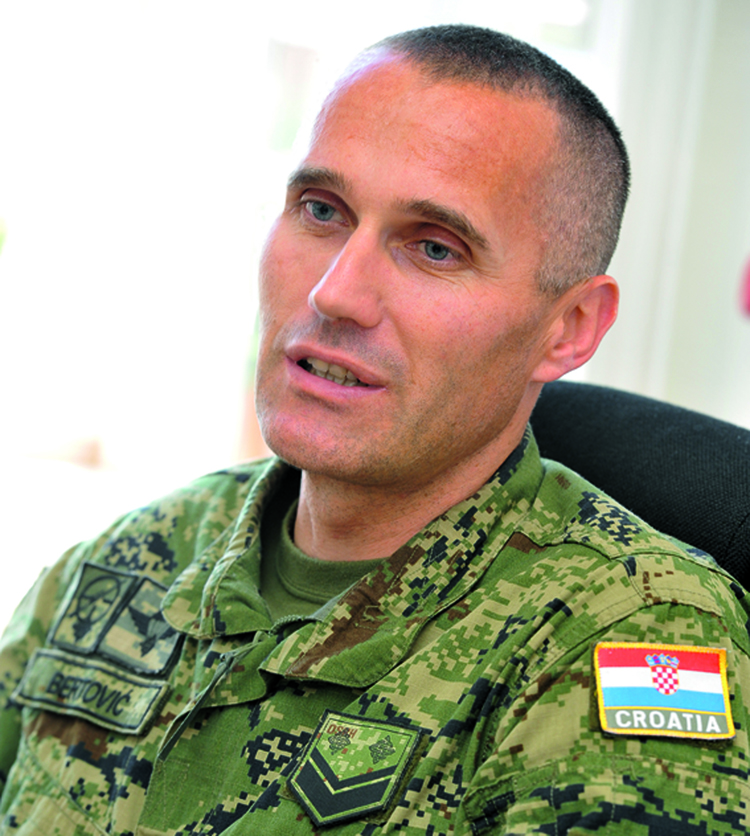 First Sergeant Pero Bertović managed to defend last year’s title of the fittest soldier of the Croatian Armed Forces. It is no news for the insiders or for those covering the Armed Forces who are well familiar with First Sergeant Bertović’s athletic (military pentathlon) and NCO performance (a highly skilled recon, and a committed soldier).  It was confirmed in this  interview.

It is a bigger challenge to defend the title in the competitions of the kind…
I did not expect to win this time, but everything just came together so, coupled with a bit of luck. I’ve decided not to compete next year, however, but to take part as instructor and my unit’s leader. The second victory is even more important to me. The race was harder and the route longer, in adverse weather, but my motivation was great just as well; it was my birthday, and I spent it winning the competition in my hometown…

The competitive spirit is there in Your unit, the Intelligence Division, the successor of the Military Intelligence Battalion?
I have been training in pairs with Sergeant Dalibor Vondra, who arrived the fourth this year, and was the first runner-up last year. He would have scored better if he had had better luck. It is recommendable to carry out preparations with a person matching your abilities, particularly in the physical sense, to be able to support each other during long marches when you grow weary.
You cannot win without support, prepared as you may be. I would like therefore to express my appreciation to the Battalion’s Commander, Lieutenant Colonel Knezić, the Senior NCO, Sergeant Major of the Army Predrag Toplak, the Team Leader, First Sergeant Alilović and his assistant, First Sergeant Franjić.

The Intelligence Battalion’s staff dominated the competition last year, and the Special Operations Battalion in 2013, as opposed to the 2015 competition, where several units were represented at the medal stand.
It was the competitors’ observation as well – this year’s competition was the fiercest, and it included all the winners (Dominik Kuček, Josip Miculinić) and best performing soldiers from the past ones.

Each year new participants compete, mostly young soldiers; what is Your view, as a frequent competitor?
We have indeed seen good rankings by young soldiers, who unfortunately seldom repeat success. In my view the competition of the kind is more suited for more experienced servicemen. There will be a number of things, mostly in the workposts, that depend more on the experience than on the physical readiness.  Falling behind on one of the posts costs you time; some competitors commit errors by rushing into the race, without economising the strength. These are all skills one acquires over years of service in the armed forces.

You competed in 2012, the year the Best Soldier Competition was revived. Has the competition organisation improved over time?
In 2012 there were forty competitors from the Croatian Armed Forces to start with; it later included members of the police force, and to foreign servicemen. To organise an event of the scale – we are talking a total of 150 participants – is a demanding task, and the organisers deserve our respect. The progress is noticeable even compared to last year’s event. 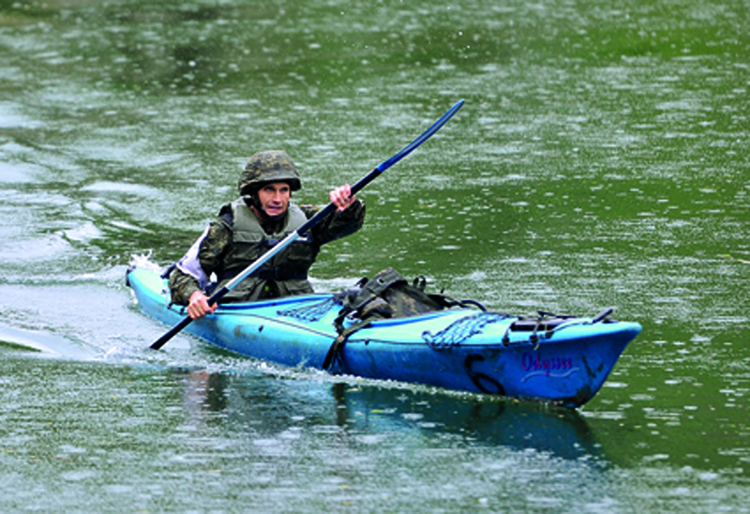 You’ve announced not competing anymore; is that a definite decision, and are Your colleagues dissuading You?
There were conflicting views heard after the last year’s competition; I was reasoning myself that maybe my time was over, I was over fourty, it was time for others to prove themselves. It was the competitive spirit that prompted me to apply again and to win, coupled also with the date and the competition held in my hometown. To sum it up – I won the title and next year I defended it; it is now difficult to find motivation for more. I dare say that in the next event, duly prepared, I would end among the five or ten best competitors, but that would be seen as non-success, by me and by the people around me.

Would Sgt Vondra be Your choice for a pairs competition?
Definitely; it would be a new challenge and would give me new motivation.
You demonstrated soldier-like versatility, a quality needed for a long-range surveillance specialist. Is there any ability or skill of Your special pride?
What counts the most is the discipline towards oneself and towards the others. I used to do sport before I joined the army, but once in the ranks, I was determined to pursue the best results. Fortunately, I found myself in a unit sharing the same credo.

In between the competitions You took the training in the United States?
I attended the summer alpine guide course in Bridgeport, California, which was highly demanding and definitely helped me in this year’s competition. We were training in a base situated at 2000 m altitude, side-by-side with the U.S Marines. I have alreaty applied some of the experiences acquired there in my unit.

The unit You belong to has reorganised, does it reflect on You?
Prior to the reorganisation I served as squad leader, and now I am Platoon’s Senior NCO. I intend to remain serving in the Long-range Reconnaissance Coy, transferring my experience to young soldiers. I have been recon throughout my service, and would like to remain so. The wish has not waned over time, regardless of the reorganisations.

You don’t dream of settling in a military school or staff?
It is difficult to go for an altogether different duty, after so long….