Back to homepage »
Share:
The RBS 15 live-fire field evaluation, a major activity of the Croatian Navy in the 2015 calendar, took place in the Central Adriatic aquatorium on 14 May. The missile was fired from the coastal missile battery RB 1, hitting and destroying the target. The activity […]

The RBS 15 live-fire field evaluation, a major activity of the Croatian Navy in the 2015 calendar, took place in the Central Adriatic aquatorium on 14 May. The missile was fired from the coastal missile battery RB 1, hitting and destroying the target. 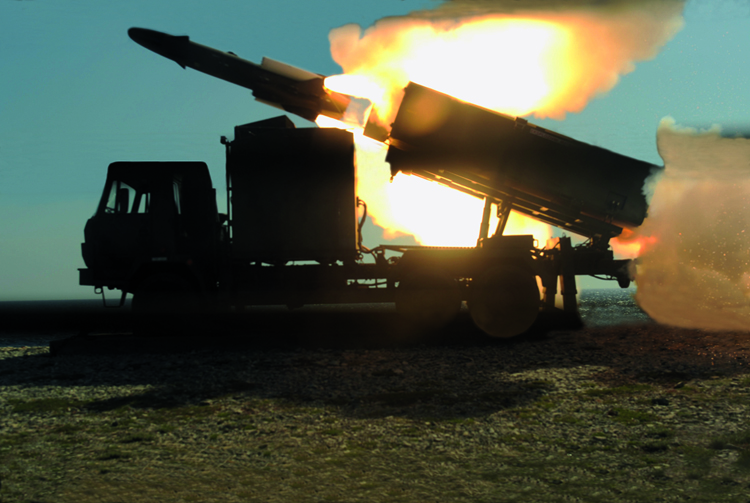 The activity was attended by the Croatian Prime Minister, Zoran Milanović, by the National Security Advisor to the President of the Republic, Josip Buljević, by the Defence Minister, Ante Kotromanović, by the Chief of the General Staff of the Croatian Armed Forces, General Drago Lovrić, by the Deputy Chief of the General Staff, Lieutenant General Dragutin Repinc, the Director of the General Staff, Rear admiral Robert Hranj, the Croatian Navy Commander, Commodore Predrag Stipanović, the members of the expert commission and the members of the firms contracted to test the RBS components.
The Defence Minister  expressed satisfaction over the successful firing and congratulated all contributing services and personnel.
“The Ministry of Defence is determined to maintain the RBS-15 capability as deterrent  from maritime threats. We have planned to renew the system to enable the Croatian Navy retain the continuity and the traditional naval capabilities in this transition period, as the Long-term Development Plan of the Croatian Armed Forces stipulates procurement of  a new anti-ship missile system in 2020. The Croatian military is a synonym for readiness, and I am very proud of its competence to accomplish any task entrusted“, said Minister Kotromanović.
The RBS-15B firing was conducted to test the reliability and functionality of the system, to base the decision on the overhaul to extend its lifetime.
The Chief of the General Staff, General Drago Lovrić emphasised that „the first firing of the missile from the battery enhances the capabilities of the Croatian Armed Forces to protecting the Adriatic Sea in its entirety. The missiles can be launched against land targets, and easily engage and destroy any target at 80 km distance. It makes us highly proud that the system maintenance, the overhaul and operation have been conducted entirely by the efforts of Croatian soldiers“, said General Lovrić.
The Croatian Navy Commander, Commodore Predrag Stipanović congratulated and commended all participants for the commitment and enthousiasm, which demonstrated that the capability has been retained. Commodore Stipanović himself commanded the “Šibenik“  Missile Craft at the time of the first firing event in 1994.
The Director of the General Staff, Rear admiral Robert Hranj said the firing crowned the years-long efforts invested to upgrade the capabilities – “The firing activity has demonstrated the Croatian Armed Forces’ maintenance and overhaul-related capabilities. It has also proved that the Croatian Navy has retained the RBS -15B missile operating capablity as a powerful deterrence tool“. RAdm Hranj announced the overhaul of the system, Navy crews training and missile launch practice. 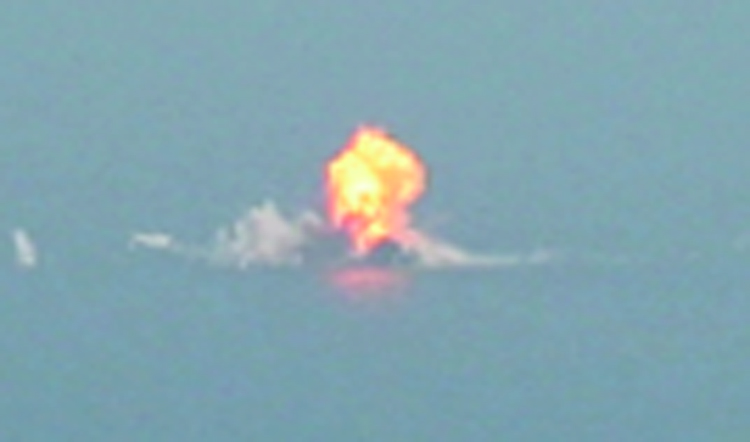 The RBS-15 firing was last conducted in 1994, from the “Kralj Petar Krešimir IV“ and “Šibenik“ missile crafts within the inter-service Exercise “Posejdon 94“ of the Croatian Navy and the Air Force and Air Defence. The system has since been maintained at the intermediate level,  parallely with the talks with the Swedish manufacturer aimed at superior level of maintenance and overhaul.
Pursuant to the decision to extend the lifetime for 20 Croatian RBS-15 missiles within a three-year period and the current Long-term Development Plan of the Croatian Armed Forces (in the period 2015 – 2024), the system has been assigned as modernisation and equipping project for the Croatian Navy and as such underwent laboratory testing and overhaul of its various components and launch systems to keep  them operational and current for 10 years more .
The RBS-15B system has been in the operational use of the Croatian Navy since 1992, in the custody of the Missile Maintenance Coy in the Žrnovnica Base. Along with regular maintenance and testing works, the missile launch platform crews underwent periodic  familiarisation in missile operating and launching procedures.
The RBS-15B is a long-range missile for engaging targets in the 200 – 15,000 t class. Its flight range is well beyond the horizon and radar, and flies at a 90° angle. The system has  a very short operating interval from target discrimination to missile launch.
The missile is propelled by a turbojet engine and ejected by two booster motors that separate from the fuselage within seconds.
The missile guidance and control unit consists of a inertial measurement unit, a GPS receiver, a  radioaltimeter and a high Ku-band active radar target seeker with jittered PRF and frequency agility.
The GPS receiver and the radioaltimiter lead the missile along a calculated trajectory, followed by the target area search by the radar seeker, as defined on the launch platform.
Upon target detection and impact, the radar seeker takes over the lead of the missile and the warhead is activated until the target is destroyed.
In the event of heavy jamming the missile’s guidance unit switches to autonomous guidance and homes the missile on the jamming source.