Back to homepage »
Share:
The Dugi Otok ad Žirje aquatorium was the scene of the RBS-15 firing from the missile boat “Dubrovnik” and artillery engagement of surface and aerial targets from the missile boats “Vukovar” and “Šibenik” respectively. The firing was attended by the Deputy Chief of General Staff, […]

The Exercise “Harpoon 16” is conducted from 16 – 23 October 2016, as the main 2016 training event for the Croatian Navy and a key activity in the framework of the implementation of the Capability Goals. Its objective is to enhance the operational capabilities in planning and conduct of joint naval operations in a complex maritime environment, with the focus on anti-ship missile firing and seaborne attack.

The Deputy Chief of the General Staff congratulated on the successful firing: he underlined that Harpun was an inter-service exercise with the Croatian Navy as the main authority, who competently co-ordinated the performance of all Exercise participants.

“All Exercise objectives have been fulfilled. We have today seen the most interesting segment of the Exercise – the engagement of surface and aerial targets; the firing of the RBS 15 demonstrated the Croatian Armed Forces capability to operate from all Navy platforms and RBS launch platforms, which is a significant step forward in the Croatian Armed Forces capabilities“. 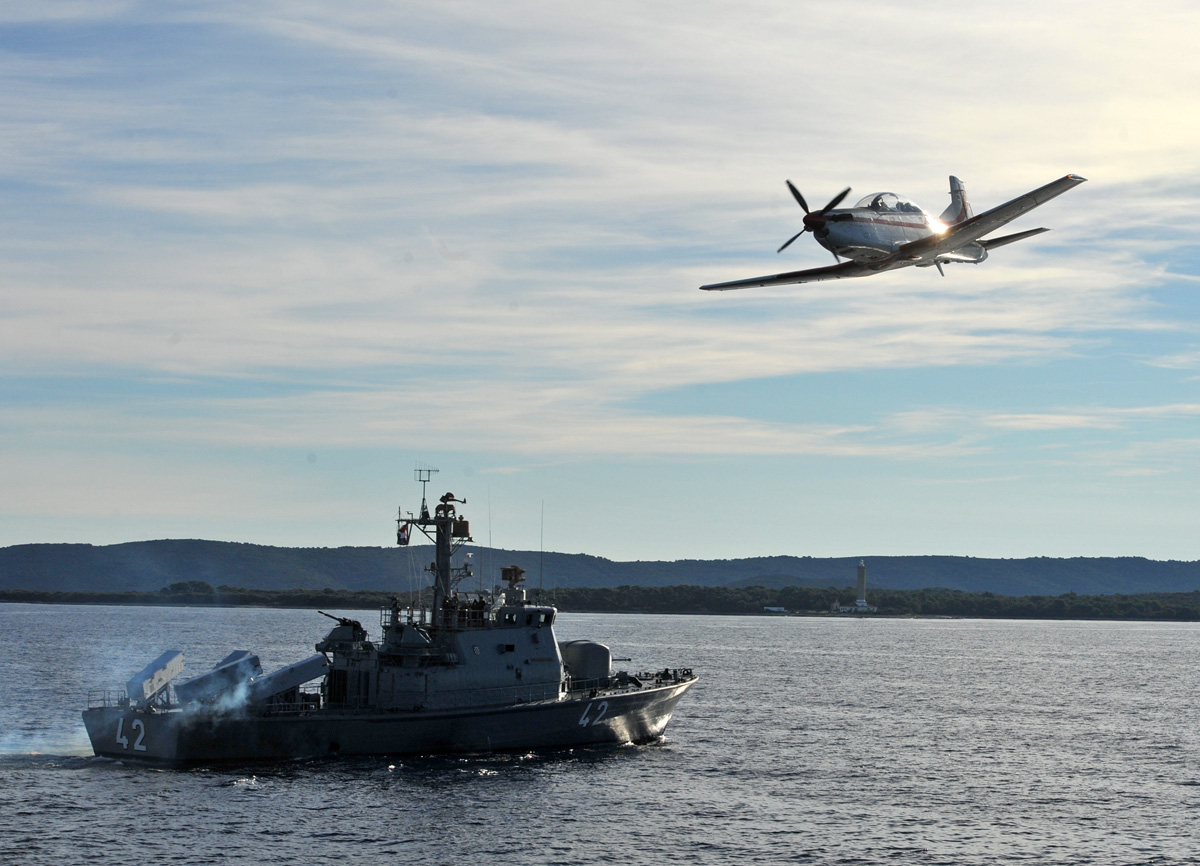 Rear admiral Predrag Stipanović expressed satisfaction with the performance and congratulated the participants as the Navy commander. “The Croatian Navy has displayed  its capabilities again today; the firing from the missile boat “Dubrovnik” has demonstrated all naval RBS operating units to be capable of successfully completing the task.

The RBS -15 missile firing and the successfully engaged target, as well as the artillery engagement of surface and aerial targets proved the Croatian Navy members to be knowledgeable and trained of operating the systems and the equipment in the operational service”.

The Exercise Director – Captain (N) Milan Blažević said that the firing was successfully completed and that the Exercise extended into the following three days at the Žirje Training Range and the Zečevo Base. ”HARPUN” will be continued into 2017, possibly as an international activity, as it is open to NATO forces.

The Exercise “HARPUN 16” , conducted jointly with the Croatian Navy forces (13 vessels and two missile batteries of the Navy Flotilla and seven vessels of the Croatian Coast Guard) engaged also the Croatian Air Force and Air Defence, the Special Forces Command, the Intelligence Division, the CIS Division, the coastal surveillance posts of the Coastal Surveillance Battalion, the forces of the Guards Motorised Brigade of the Croatian Army. The  participating forces practice planning and conducting seaborne attack operations, with the focus on the command and control of joint operations and the synergy between the combat elements.

The exercise engaged a total of 1,079 members of the Croatian Armed Forces.

The Exercise Director was the Chief of Staff and Deputy Commander of the Croatian Navy, Captain (N) Captain Milan Blažević, and the training activities have been conducted in compliance with NATO standards.

Watch here the video from the Exercise: