Back to homepage »
Share:
The Department of Preventive Healthcare of the Military Medical Centre of the Support Command monitors and analyses the epidemiological situation with COVID-19 in Croatia and abroad 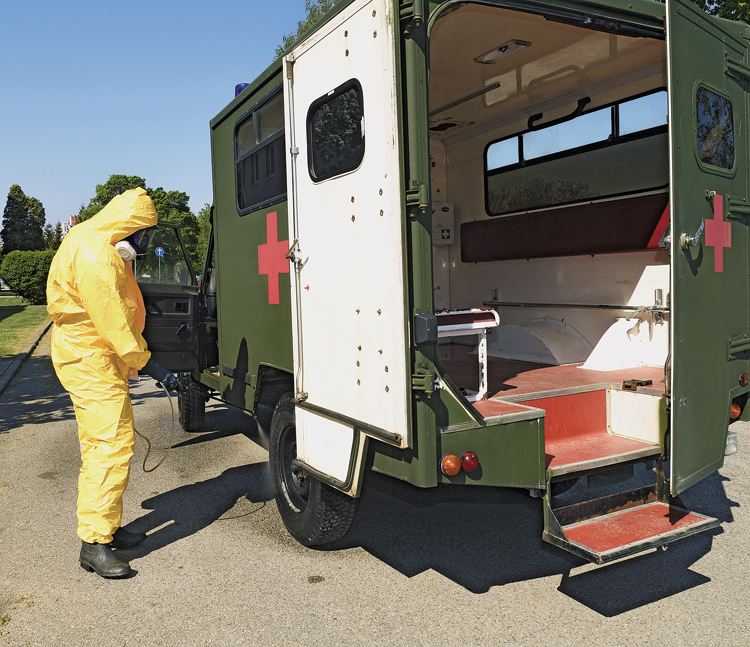 The Department of Preventive Healthcare of the Military Medical Centre of the Support Command monitors and analyses the epidemiological situation with COVID-19 in Croatia and abroad, particularly in the countries where members of the Croatian Armed Forces are deployed within peace support operations, while the Veterinary Department of the Centre conducts disinfection measures.

The Department has monitored the epidemiological situation since the first outbreak of COVID-19 in China in December 2019, and in accordance with its role in the prevention it distributed the first informative and educational letter on COVID-19 to all military dispensaries and units of the Croatian Armed Forces on 28 January.

By analysing the current situation related to COVID-19 in late January, the Department predicted the course of the epidemic in Croatia and the need for protective equipment, prompting the procurement of the protective equipment and assets (virus protection kits, disinfectants) for the staff of the Military Medical Centre, the dispensaries and institutes. The first COVID-19 case in Croatia was reported on 25 February and the first case within the Croatian Armed Forces on 13 March 2020.

The Department continuously follows the reports of the Croatian Institute of Public Health acting within the National Civil Protection Headquarters and briefs the medical staff on the Institute recommendations. The Department took part in the development of the Standard Operating Procedure 4301 for Responding to outbreak of virus or infection of guards”, and was engaged with the adjustment of the cargo space in helicopters for the transportation of patients suspect with COVID-19. Depending on the current situation and the course of the epidemic the Department issues anti-epidemic measures for the units of the Croatian Armed Forces (e.g. anti-epidemic measures with the helicopter transportation of patients suspect or affected by COVID-19 and anti-epidemic measures implemented in the camp during the quarantine of members of the Croatian Armed Forces prior to the deployment).

In the conditions of suspect COVID-19 the Department staff obligatorily use virus protection kits and disinfectants , and as soon as the zero patient was detected in Croatia, all units of the Croatian Armed Forces received a flyer with the recommended prevention measures prescribing collective cleaning and disinfection measures and personal protective measures. The Department also prescribed personal protection measures for the logistic personnel assigned to the self-sustained Expedition Camp set up within the Primary Intensive Care Respiratory Centre at the Dubrava Clinical Hospital, and measures were issued regarding the washing and disinfection of medical and other vehicles. All personnel were recommended to keep physical distance and provided with the instructions on the proper use of protective masks and gloves, depending on the tasks. 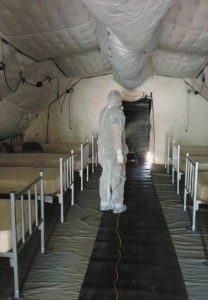 The Department established an epidemiologic team on 24-h alert.

As many as 28 members of the Croatian Armed Forces have been tested by 7 May, and 14 members (plus an employee of the Ministry of Defence) were infected and five have recovered. Among the patients were three members of the 32 HRVCON KFOR and four members deployed to NATO EFP Lithuania and they were repatriated.

The Department also conducted epidemiological inspection of the 14-day quarantine for the members of the 33rd HRVCON KFOR in the Barracks ”Pukovnik Mirko Vukušić“ at Zemunik.

Furthermore, the Department monitors and analyses the COVID-19 pandemic situation, especially in the countries hosting the peace operations where Croatian soldiers are deployed; it also inaugurated a register of contacts of the infected persons, tracked by the epidemiologists of the Department, of self- isolation measures assigned and tests results, while the analyst teams in Zagreb and Split have updated the information daily. The Department also conducts expert evaluation of the previously undertaken epidemiologic measures and activities.

Some 39 preventive and anti-epidemic disinfection measures prescribed by the Department have been implemented by the Veterinary Department of the Military Medical Centre, which is commanded by Colonel Željko Javor, including the measurements requested from other services. 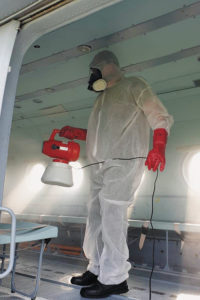 In the period 13 March to 23 April 2020 measures were implemented in as many as 48 facilities of the Croatian Armed Forces and the Ministry of Defence, in 40 motor vehicles, in two VIP vehicles, in two M 70 tents, in 25 Alaska tents of the expedition camp and in four Mi-171Sh helicopters. The Veterinary Department also conducted training in disinfection measures for six members of the NBC Battalion of the Croatian Army and for six members of the NBC Department of the Guards Mechanised Brigade from Knin for disinfection of Mi-171Sh helicopters at Divulje.

Although the pandemic is still not slowing down, and the World Health Organization’s estimate at the global level is high, the epidemiological situation in Croatia is favourable, as calculated by the Basic Reproduction Number (RO) 0.65.

The SARS CoV-2 is a new virus and still a subject of research and its spread cannot be accurately predicted. Until medication or vaccine are ready, the measures preventing the spread of the virus in the population, including the Croatian Armed Forces, have to be observed, primarily the enhanced general hygiene measures (cleaning, washing, disinfection, frequent airing of work and sanitary spaces, and personal hygiene measures (frequent hand washing combined with physical distancing ((2-m)) and the use of protective masks and gloves).