Back to homepage »
Share:
From 19 August to 1 September 2018  25 cadets from five countries took the combat diver trainng, teaching them to survive on land and in water and to communicate in an international environment 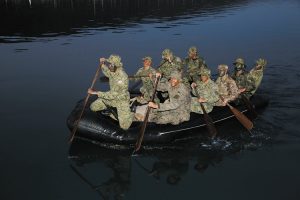 As many as 25 cadets from Croatia, Germany, Slovakia, Slovenia and Poland took the International Combat Diver Course in the Barracks “Fleet Admiral Sveto Letica-Barba” in Split from 19 August to 1 September 2018. .

The Course was their prize for the excellent performance in their university studies and military training in the past academic year, but in addition to that the trainees had to be good swimmers, not suffer from the fear of heights or water and have the command of English to take the course delivered in English. The Course administrator was  the Commander of the 5th Cadet Company, Lieutenant Junior Grade (N) Hrvoje Repušić, and the instructors were  of the 1st and 5th Cadet Companies, with the support from all services of the Croatian Armed Forces. The Course entailed mastering many procedures in water.and on land to acquire rescuing skills in such environments, ranging from first aid, rescue at sea, navigation and reading maritime charts, followed by making handy containers, rowing in rubber boats and kayaks, water dives and swimming with the equipment and without it, free diving to taking off the uniform in the water. During the two-week training the cadets only had one day off, but the demand grew incrementally day by day to minimise health risks. 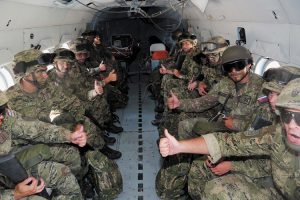 The activities served as preparation for three situational exercises designed as reconnaissance and diversionist actions focussed on decision-making ability. The first situational exercise was conducted in the Kaštela Gulf and in the island of Brač, with the support from the Croatian Navy and from the Special Forces Command. The cadets received an OPORD which they distributed among teams and sailed aboard the rubber boats to the enemy area to collect intelligence and exfiltrated. The second situational exercise entailed marching, diving and tactical  exfiltration from the enemy area from the land across the river into the sea using kayaks, which was a novelty.

The third exercise was the culmination, and engaged all services of the Croatian Armed Forces. It kicked off at 2 a.m. when the cadets received a OPORD. They were transported to the Kaštela Gulf with the boats of the Croatian Navy  The task was to approach the coast controlled by the opposing force , take control of the coast and destroy the OPFOR’s artillery weapons. The exercise completed, the cadets were transported by  the Croatian Air Force’s helicopters to the Training Range “Crvena zemlja“ near Knin for a live firing activity with the Croatian-made VHS rifles. Cadets rarely get the opportunity to participate in international training events, and are therefore thankful to the Croatian Defence Academy for organising the Course.. “The Course gave us solid knowledge and we have made some new friends, which is a value for life. We have also realised the importance of international co-operation”, said cadet Karla Jurković.

he strong team spirit helped the cadets get through the demanding training and the lack of sleep. “As time went by, we got better acquainted and co-worked well, and we were able to complete any task – from the simplest as rowing to the toughest, like the operation,” said cadet Marek Cebo from Poland. Their teamwork was praised by Lieutenant Junior Grade (N) Hrvoje Repušić too: “The cadets worked as a unit in a joint operation, they became close on the very first day, which is commendable”.. The last year’s participants remained close after leaving Split; they saw the New Year in  Prague and spent summer holidays together.  It appears that this year’s generation will follow suit. 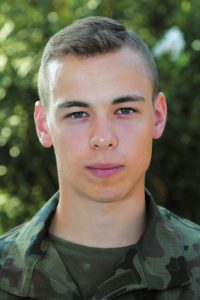 How did you come to this course?

“I can pass on my skills to others, which is of critical importance in any armed forces,

“I can try to pass my skills along to other people, which I think is the most important thing in any developing army in the whole world. I am now prepared to commence operations and be a part of operations both on land and at sea andl in the air force“. 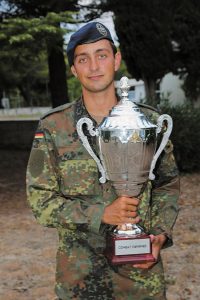 It was demanding; the instructors were rigorous but fair.

The best thing about the Course was the international setting. One of  the skills acquired during the Camp that will be useful the most is communication  with the trainees from other countries towards the common goal“.