Back to homepage »
Share:
The training activity “SERRATED EDGE” is taking place in the Training Range “Eugen Kvaternik“ near Slunj and in the Barracks Josip Jović at Udbina from 20 – 31 January 2020 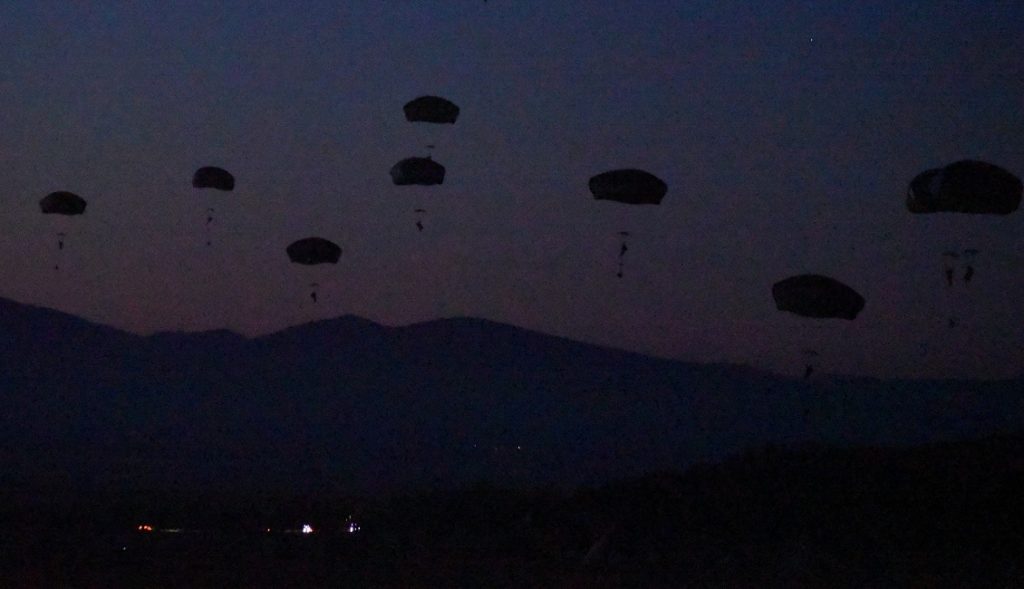 The International Military Exercise  ”SERRATED EDGE” featured a landing of paratrooper forces into the Barracks “Josip Jović” at Udbina on Wednesday  22 January 2020. More than 160 paratroopers of the U.S. Army egressed from four C130Js, and upon landing headed towards the Training Range  “Eugen Kvaternik” near Slunj to engage in the scheduled training activities.

The training activity “SERRATED EDGE” is taking place in the Training Range “Eugen Kvaternik“ near Slunj and in the Barracks Josip Jović at Udbina from 20 – 31 January 2020.

The Exercise has engaged some 300 members of the 54th Brigade Engineer Battalion-Airborne (BEB) of the 173rd Infantry Brigade Combat Team-Airborne – IBCT(A)) of the USAREUR), and its objective is certification of platoons/squads and the allied armed forces manoeuvre formations practice.

“This is a co-operation between the U.S. Army who are taking a training and the Croatian Armed Forces who provide support, presently with a engineer platoon, and later with a mortar platoon of the Croatian Army. We have cooperated with 173rd Brigade for the second year already, they were here on a similar training activity last year“, explains Lieutenant Colonel Andrija Žarinac, Head of Exercise Coordination, Observation and Reporting Team. .

“Today we have seen a successful landing by 163 paratroopers“,said Sergeant First Class Zachary Moore, who monitored the conditions for the Exercise from the ground, noting that he was very pleased with the support provided by the Croatian Army during the exercise.

The training activities to be conducted in the Barracks “Josip Jović” at Udbina include the placing of wire obstacles, minefield setting, repair of runway craters and the construction of anti-tank trenches.

In the “Eugen Kvaternik“ Range the participants will practice element and material demolition, barrier system reaching, construction of passages in the minefields, a Live-Fire Exercise (LFX) at the squad level, as well as preparation of fighting  positions.