Back to homepage »
Share:
The “Josip Jović” Barracks at Udbina on 12 August 2015 hosted the ceremony crowning the Basic Special Operations Training of the Special Forces Command, which was successfully completed by ten members of the Croatian Armed Forces. Observing the tradition, they recited the Commando Prayer at […] 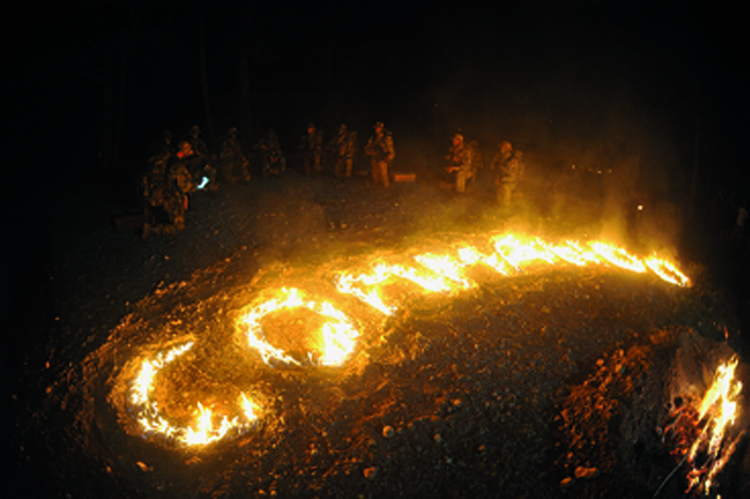 The “Josip Jović” Barracks at Udbina on 12 August 2015 hosted the ceremony crowning the Basic Special Operations Training of the Special Forces Command, which was successfully completed by ten members of the Croatian Armed Forces. Observing the tradition, they recited the Commando Prayer at night, under torchlight, and were presented with the respective  diplomas . The Commander of the Special Forces Command, Colonel Perica Turalija congratulated and welcomed them to an elite force of the Croatian Armed Forces. “You are among the rare ones that endured to the end of a highly demanding training which is also a right of entry into the Special Forces Command; you are the best among the best , serving as models to anybody committed to the career in the Special Forces Command.
To belong to the elite instils pride and calls for utter responsibility towards the unit and the Armed Forces as a whole. You are expected to pass on your experience and motivation on the young generations, to incite them to act strong and resist the pressure and efforts, just as you have done over the past six months“, said Colonel Turalija, who also commended the group as a valuable asset for the Special Forces Command.
The six-month training comprised five phases and admitted some seventy candidates from various units of the Croatian Armed Forces. It is among the most demanding training programmes of the Croatian Armed Forces, completed onl y by the fittest soldiers.
The training encompassed a series of tasks and obstacles requiring physical preparedness, persistence, endurance under harsh conditions for an extended period of time in isolation and with scarce supplies. Combining the air, sea and land domains, the training was concluded with a constant operation running for ten days and exhausting the candidates to the bones.
First Sergeant Ranko Granić, a training administrator, underlined the extreme heat aggravating the performance, particularly in the the hardest segments. Each module was eliminating and contained a set of strict criteria to meet in order to take the next phases; judging by the reactions of the ten successful candidates, it was rewarding.
The training has been an introduction to the professional career . The demanding training behind them was the first step for the candidates– they are required to master a series of other skills and specialist training programmes to be able to carry out completely a whole spectrum of special operations tasks.