Back to homepage »
Share:
“We expected a lot from you, for you were not only soldiers, but also ambassadors of the Republic of Croatia and the Croatian Armed Forces. You left a mark with all the engineering tasks which you carried out, but you left the biggest mark with your contribution to world peace,” Major General Siniša Jurković pointed out. 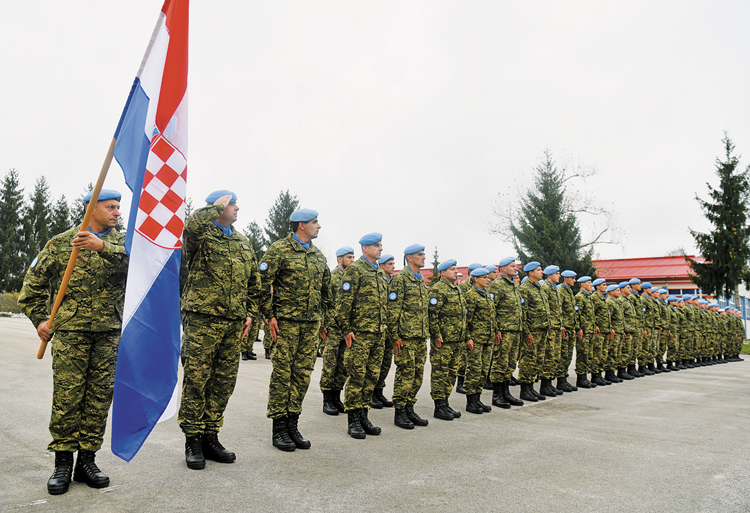 The contingent consisted of 52 men, who were deployed earlier this year, on 18th April. Most of the contingent’s members belonged to the General Engineer Support Company of the Combat Support Battalion, commanded by Lieutenant Colonel Marco Arculeo, who also attended the welcoming ceremony. Aside from the members of the Alpine Brigade Julia and the 1st Croatian Contingent, the Combat Support Battalion was also made up of soldiers from Hungarian and Austrian armed forces.

Apart from providing the troops and the personnel in UNIFIL with engineering support, the 1st Croatian Contingent also help the local popualtion and participated in international exercises and training activities. 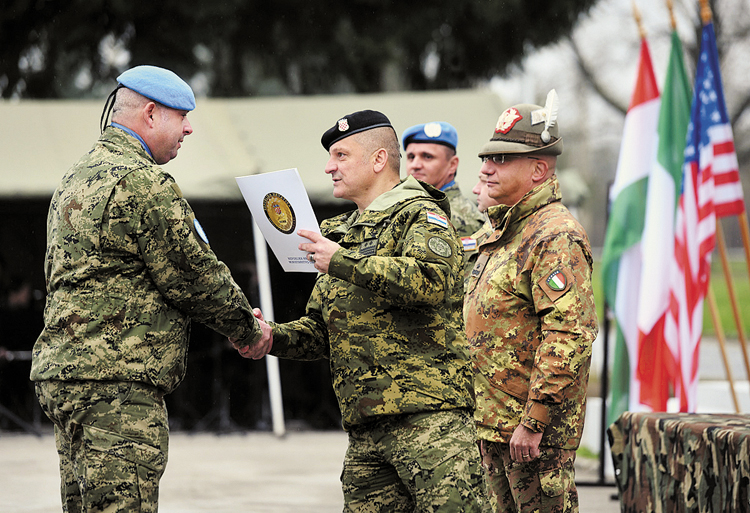 Speaking on behalf of Deputy Prime Minister and Defence Minister Damir Krstičević as well as the Chief of General Staff of the Croatian Armed Forces General Mirko Šundov, General Jurković told the members of the 1st Croatian Contingent that they had achieved everything that had been asked of them, thanks to hard work by each one of them.

“We expected a lot from you, for you were not only soldiers, but also ambassadors of the Republic of Croatia and the Croatian Armed Forces. You left a mark with all the engineering tasks which you carried out, but you left the biggest mark with your contribution to world peace,” Major General Siniša Jurković pointed out.

General Fabbri stated that the Combat Support Battalion had been multinational in the true sense of that word and that its members had carried out a number of tasks in Lebanon. “I witnessed a fantastic troop. You left an impression of good soldiers and men. I am immensely proud of all of you and I congratulate you on all of your achievements,” General Fabbri concluded.

The Commander of the 1st Croatian Contingent Major Željko Javorović emphasized that Croatian soldiers in Operations UNIFIL had received a number of commendations and had demonstrated great knowledge and expertise.

He thanked all the members of the contingent for their professionalism and hard work, with which they made a big contribution not only to the mission, but also to civilians in Lebanon.

The ceremony also featured a presentation of awards and commendations to distinguished members of the 1st Croatian Contingent and a music performance by the Karlovac Music School’s Sinfonietta Orchestra.

“I commanded the Engineering Platoon and all the field work in the area of the operation. Apart from maintaining our bases, we helped the local population in maintaining schools, orphanages, centres for children with special needs and other institutions. Everything went well. We showed what the Croatian Armed Forces are capable of, although working in a multinational environment is extremely difficult and demanding. The local population was grateful for everything we had done for them and our colleagues from other nations’ armed forces showed that they appreciated our contribution.”

“I commanded the Infrastructure Squad in the area of the operation. We manufactured products which could be installed on various locations and objects…. It was demanding, but we adapted to the situation and executed the tasks set to us by the Italian commands. I would like to point that the hosts’ friendliness greatly made our work easier for us. We did not come across any dangerous situations or experience any incidents.”

“It was a great honour to participate in the mission and work alongside such knowledgeable people. I belonged to a mixed group made up of both young privates and experienced NCOs and officers, but we all helped each other out when necessary. It was difficult at times, there were many complex tasks, but I felt that my work and the work done by all of us were blessed in a way. As for my career… An international mission can be advantageous when it comes to promotion, but that is not my call to make.”