Back to homepage »
Share:
“I wish you a safe voyage through the Mediterranean. I am convinced you will execute your tasks as successfully and professionally as your predecessors,” Krstičević said to Croatian seamen… 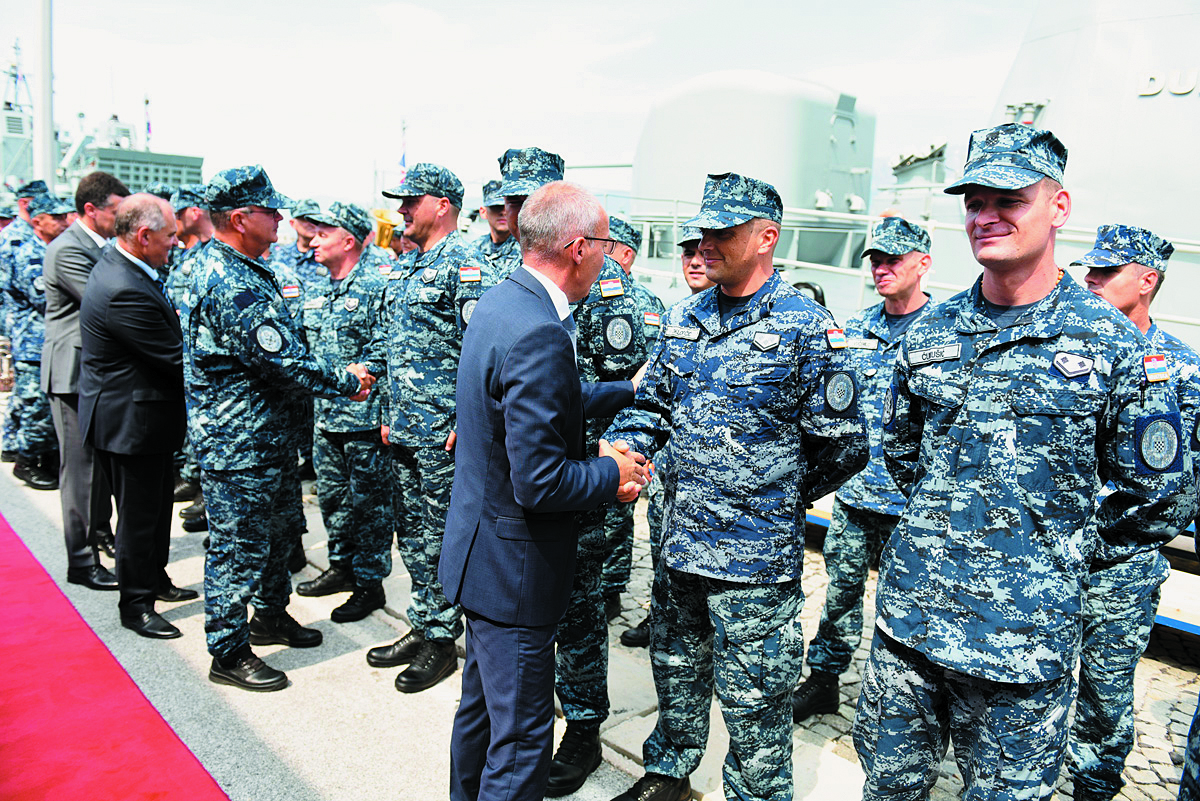 A send-off ceremony for the 2nd Croatian Contingent in Sea Guardian, NATO’s peace support operation in the Mediterranean, was held at anchorage in Fleet Admiral Sveto Letica-Barba Barracks in Split on 30th August 2019.

The RTOP-42 Dubrovnik missile boat and its crew were sent off by the contingent members’ friends and family, Deputy Prime Minister and the Minister of Defence Damir Krstičević in the capacity of an envoy of the president of the Republic of Croatia and the commander-in-chief of the Croatian Armed Forces, Special Adviser to the Minister of Defence Ivica Ušljebrka, the Director of the General Staff of the Croatian Armed Forces Vice-Admiral Robert Hranj, the Commander of the Croatian Navy Commodore Ivo Raffanelli, the Commander of the Command Operations Centre Brigadier General Krešo Tuškan, the Prefect of Split-Dalmatia County Blaženko Boban, other dignitaries as well as the representatives of local and civilian government.

The Minister of Defence Damir Krstičević underlined that the previous contingent, the crew of RTOP-41 Vukovar missile boat, had been praised by the commander of NATO’s Allied Maritime Command for an impeccable execution of their tasks, thus proving that the Croatian Armed Forces were a reliable ally and partner. “I am convinced that you, the crew of RTOP-42 Dubrovnik missile boat, will execute your tasks as successfully and professionally as your predecessors,” Krstičević said and stressed the Croatian Navy enhanced its capabilities and interoperability by taking part in peace operations, thus continuing the development process which had begun with the realization of numerous project during the current government’s term. One of those projects is the establishment of the Naval Infantry Company in the south Croatian town of Ploče, which has attained its full operational capacity. The Coast Guard has acquired the OOB-31 Omiš coastal patrol vessel, while the commission of other coastal patrol vessels is to follow, in conformity with need and abilities. Minister Krstičević also reminded that the 2nd class of naval cadets studying Military Naval Studies, a study programme that had attracted much interest among youth, would begin with classes in autumn.

“We have solved a problem that nobody deigned to solve for 20 years and have ensured that Croatian seamen are entitled to benefits as though they were civil servants,” pointed out Minister Krstičević, reflecting on the Agreement on recognizing sea service on the Croatian Navy’s warships and the Croatian Coast Guard’s vessels and obtaining qualifications in the marine sector, which the Ministry of Defence had signed with the Ministry of the Sea, Transport and Infrastructure.

“We have increased the quality of life for our soldiers by building sport and accommodation facilities in Ploče and here, at Fleet Admiral Sveto Letica-Barba Barracks,” Krstičević said, adding that he was determined to ensure that they the contingents’ members were  prepared for the tasks ahead of them.

In his speech, Vice-Admiral Hranj reflected on the history of Croatia’s participation in peace missions and operations, which has intensified since the country’s accession to NATO. “By taking part in missions and operations, Croatia is manifesting its readiness to assume its share of responsibility as well as share the burden of establishing peace and security with other allies,” said Vice-Admiral Hranj.

“You are trained and motivated. You will be given a chance to demonstrate your skills and capabilities. I am sure that you will execute the task ahead of you to the best of your abilities,” said Commodore Ivo Raffanelli, adding that their engagement is yet another contribution to the process of developing the Croatian Armed Forces’ capability to act in union with NATO member states’ armed forces.

The Commander of the 2nd Croatian Contingent in Sea Guardian Lieutenant Commander Stipe Mornar thanked his superiors for the trust they have placed in him, saying that the contingent’s members have gone through demanding pre-deployment training and are fully prepared for the Mediterranean. “Our deployment to NATO-led Operation Sea Guardian is a contribution to partner states’ joint efforts in securing the Mediterranean Sea and recognizing activities that might pose a security threat,” explained LCdr. Mornar.

After the ceremony, the RTOP-42 Dubrovnik departed Port Lora and sailed into Operation Sea Guardian. 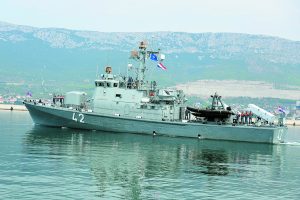 The 2nd Croatian Contingent in Sea Guardian and the Croatian Navy’s RTOP-42 Dubrovnik missile boat will be engaged in NATO’s peace support operation in the central Mediterranean from 30th August to 18th September 2019.

The RTOP-42 Dubrovnik, a Helsinki-class missile boat, is 45 metres long, while the beam is 8.9 metres. It can sail at a speed of 28 knots.

The participation of the Croatian Navy’s vessel in that operation is a part of the Republic of Croatia’s contribution to attaining joint security by conducting the basic tasks of the operations: fighting terrorism, enhancing maritime situational awareness, developing regional maritime security, upholding the freedom of navigation, conducting interdiction tasks, countering the proliferation of weapons of mass destruction and protecting critical infrastructure.

The RTOP-41 Vukovar missile boat took part in the same operation last September. The vessel sailed over 4,000 nautical miles in the twenty-two days spent in the area of operations. The engagement and contribution of the 1st Croatian Contingent in Sea Guardian was praised by the commander of NATO’s Allied Maritime Command.