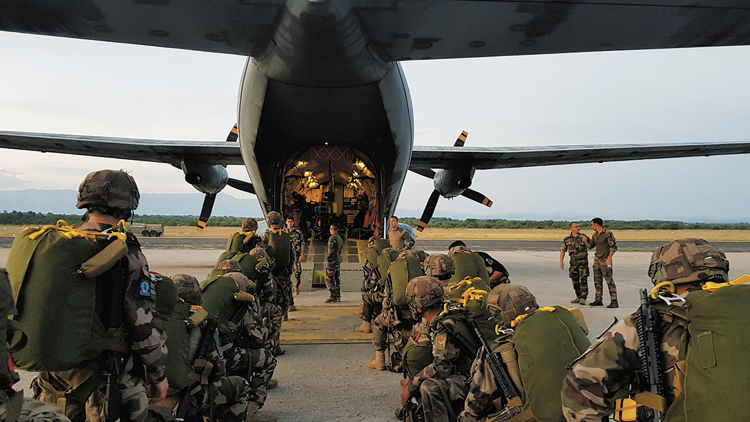 Throughout June, international military exercise Swift Response 19 is being conducted by the air assault units of British, French and American air forces on the territory of Bulgaria, Croatia and Romania. The Croatian Armed Forces are providing host nation support, while a Croatian mechanized company equipped with Patria AMV armoured personnel carriers is playing the role of the opposing force (OPFOR). 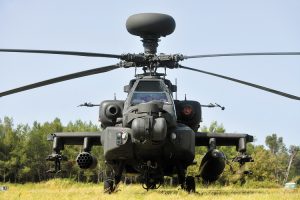 U.S. Army Europe (USAEUR)’s exercise is being conducted by the U.S. Global Response Force (GRF) made up of eight NATO member states: Canada, France, Germany, Italy, the Netherlands, Spain, the United Kingdom and the USA. Exercise Swift Response 19 will last until 29th June. Its objective is to promote stability and security in South-east Europe, strengthen partnerships and develop interoperability among allied countries. In the Republic of Croatia, the exercise is taking place at Lt. Col. Mirko Vukušić Barracks in Zemunik Donji, Josip Jović Barracks in Udbina, Eugen Kvaternik Training Area in Slunj and Training Area Crvena zemlja (Red Land) near Knin. The beginning of the exercise was marked by the arrival of helicopters belonging to French and British air forces to the Zemunik barracks on 10th June.

The UK’s Royal Air Force arrived with CH-47 Chinook, AH-64 Apache and AW159 Wildcat helicopters, while the French flew NH90 NFH Caiman and EC-665 Tiger helicopters. The Intermediate Staging Base was set up for the accommodation of paratroops, military helicopters and allied forces’ vehicles at the 93rd Air Base in Zemunik Donji.

The Croatian Armed Forces’ expert teams involved in the execution of exercise Swift Response 19 have successfully organized and carried out the joint reception of British and French air forces’ personnel, vehicles and helicopters.

Major Vlado Pavlinec, a Croatian officer participating in the exercise, stressed that special attention was being given to safety, especially since squadrons stationed in the Zemunik barracks were conducting their regular flying activities simultaneously with the exercise.

“The reception process was co-ordinated by Croatian teams and the representatives of allied nations. The Republic of Croatia has thus confirmed its capability to provide host nation support (HNS) and demonstrated its readiness to receive forces upon their arrival in the Republic of Croatia, accommodate them, secure their continued strategic movement and integrate them with other forces at the location of the exercise,” Major Pavlinec underlined.

Wing Commander Jeremy Robinson, a representative of the Royal Air Force, extended his appreciation to the Croatian Armed Forces for the excellent collaboration and sustainment provided in the reception of forces.

“The exercise’s participants come from 25 nations. Side by side, we contribute to peace and stability in this part of Europe with training and joint endeavours. I look forward to continued collaboration with the Croatian Armed Forces and further joint trainings,” said Wing Commander Jeremy Robinson.

After successful joint reception and the establishment of the Intermediate Staging Base at Lt. Col. MIrko Vukušić Barracks in Zemunik, the main part of the exercise (air assault) kicked off on the premises of Josip Jović Barracks in Udbina in the evening hours of 18th June. 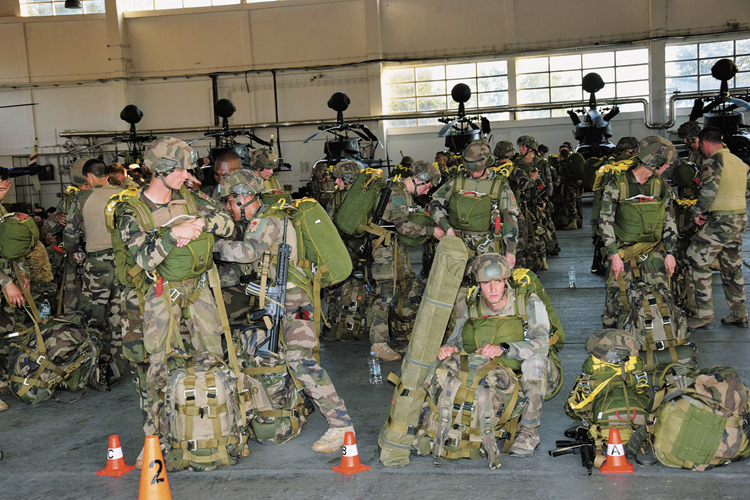 More than 600 paratroopers jumped out of C-130 Hercules, Transall C-160 and CASA/IPTN CN-235 aircraft as well as CH-47 Chinook helicopters flying above Udbina during the night. Simultaneously, other flying activities, co-ordinated by Croatian teams and allied forces, took place in line with the exercise scenario.

“In this phase of the exercise, a large number of allied paratroopers are conducting an air assault via airlifts toward Udbina. Afterwards, forces will be integrated and the exercise’s centre of gravity will shift to Udbina. A great challenge lies ahead of us, with the emphasis being placed on respecting the standards and procedures in assault landings as well as co-ordinating the allied forces’ flying activities with Croatia Control,” explained Major Pavlinec, one of the co-ordinators for the preparation and execution of the exercise.

Exercise Swift Response 19 is relevant not only for the American, British and French forces, which are directly participating in it, but also for the Croatian Armed Forces. Never before have the Croatian Armed Forces had to organize and plan an exercise so complex as the parachute landings and helicopter assaults on the military facilities in and around Udbina, Slunj and Knin. Therefore, this experience is of immense value for Croatia. Croatian soldiers are not only organizing and carrying out the exercise together with their allies, they are also involved in it as role players. They are extremely motivated to take part in such international exercises as Immediate Response 19, Astral Knight 19 and Swift Response 19. They have demonstrated great desire and willingness to work regardless of weather conditions and the time of the day. Playing the role of the opposing force (OPFOR) in the exercise enables Croatian soldiers to train swift manoeuvres and the movement of forces from one training area to another. Moreover, they will hone their interoperability and compatibility with other forces participating in the exercise.

Lieutenant Colonel Andrew Wareing, Colonel Commandant of the 4th Battalion, Parachute Regiment (UK), highlighted the good collaboration with the Croatian Armed Forces, who had been very supportive whenever the participating forces needed help.

“Conducting this exercise is really challenging. It would be really challenging to conduct it in the UK and we have come to Croatia, a long way from home, in order to conduct the exercise. So far, it is going really well. The Croatian Armed Forces have been fundamental to its success. The terrain is very demanding to operate on and it is also very hot for our soldiers from the UK,” said Lieutenant Colonel Wareing, stressing that the British forces were looking forward to the next phase of the exercise – assaulting and seizing an airfield in Josip Jović Barracks in Udbina.