Back to homepage »
Share:
The cadets of the 12th (six) and 13th (73) generation of cadets of the Croatian Defence Academy “Dr. Franjo Tuđman“ from 11 - 23 attended the Winter Camp in the Barracks "Josip Jović" at Udbina 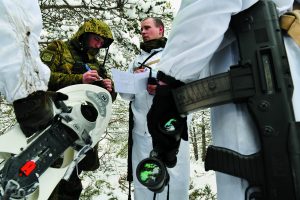 The cadets of the 12th (six) and 13th (73) generation of  cadets of the Croatian Defence Academy “Dr. Franjo Tuđman“ from 11 –  23 attended the Winter Camp in the Barracks  “Josip Jović”  at Udbina. The Barracks first hosted the Winter Camp in 2017.. It provides all conditions for regular conduct of  training of the kind: good accomodation capacities, a shooting range and other necessary elements. The purpose of the Camp was to prepare cadets to take on officer duties and acquire the necessary autonomy and self-confidence.  The Camp contained a company-level tactical operational centre, to provide  a detailed insight into the training. The Camp comprised various demanding tasks for the cadets; they had to adapt to and apply the learned skills in tactics, small arms handling and command and control in adverse climate conditions. The Camp itself required detailed preparations, though. “Prior to the Camp the cadets had taken an intensive training and three theory classes per week, to enable them to prepare for real conditions. Winter camps mark the culmination of  the cadets’ military training, as they combine the knowledge acquired in previous camps and complement it with the intensive survival and wintertime warfare training. Furthermore, winter camps lay focus on teamwork and interaction, to enable them to learn to spot the problems on time and resolve them.  Captain Ištuk said the commended the cadets’ approach to the assignments. They were expected to  learn to construct and stay overnight in the improvised shelter. 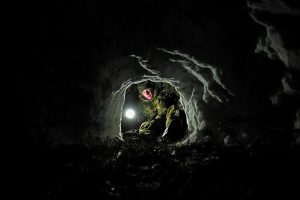 The cadets got up at  5 am to exercise; they took their breakfast and lined up for a review; it was followed by  day-long training; the training resumed at 19 to 21. Last year  the cadets only spent one night outdoor, while this year it was two nights; they had to construct their own wintertime shelters, and learn to walk using snowshoes, and other skills needed to survive the conditions in the Camp setting  (1-m snow cover in the training area) “, said Captain Mirko Ištuk. The Camp also featured training in tactical command and control at the platoon level, practicing autonomously the planning and conduct of tasks, and taking on the roles of company, platoon and squad commander and team leader. The emphasis was placed on the cadets’ fitness, and the Camp also featured a Sports Day (on 17 February), with squads competing with air rifle and pistol shooting, practice bomb throwing and march disciplines; Captain Ištuk commended the cadets’ motivation, particularly in view of the extreme conditions. This year the cadets went on a 4-km march to the Church of the Croatian Martyrs at Udbina, and toured the sanctuary.