Back to homepage »
Share:
At the outbreak of the Homeland War the Croatian defenders in Vukovar established Military Police service , four battalions and several smaller signal, air defence, engineer and medical units. The 204th Brigade of Vukovar was also established 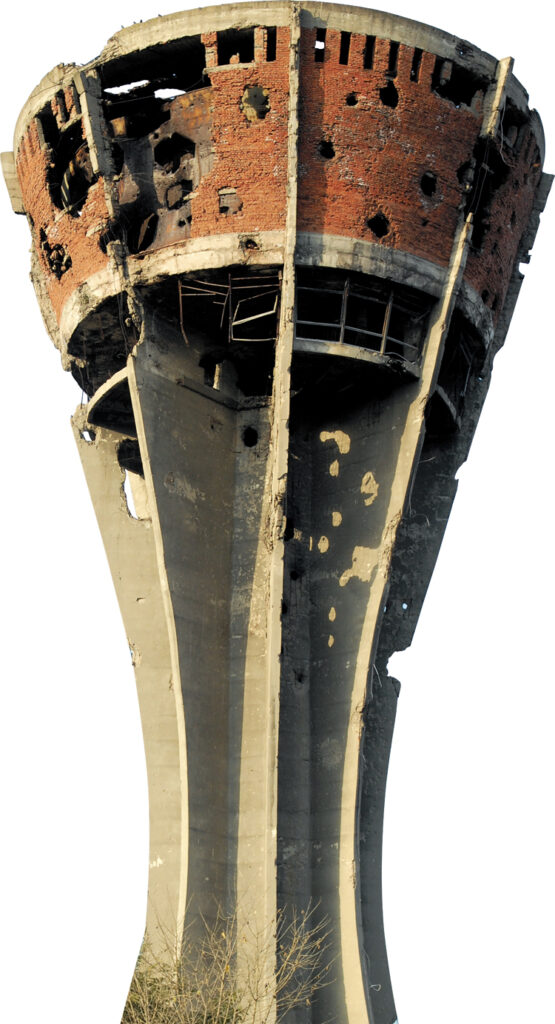 On 23 September 2020 the 29th anniversary of the establishment of the 204th Vukovar Brigade was marked in Vukovar, with respects paid  at the Memorial Cemetery of the Victims of the Homeland War in Vukovar and with a mass recited in the Church of Sv. Filip i Jakov.

The 204th HV Brigade, also referred to as the Vukovar Brigade, and officially registered as 124th Brigade of the Croatian Army, as was established on 25 September 1991 from the smaller units – squads, platoons and company, manned by the residents of Vukovar, volunteers from throughout Croatia and from the diaspora.

Although unarmed detachments were established as early as in March 1991, the defence of Vukovar was strenghtened after 2 May,  when Serb rebels, aided by special police from Serbia massacred 12 Croatian police officers at Borovo Selo. As most people realised that Serbia would not renounce from violent seizing of Vukovar, during the summer 1991 more than 700 members of the Croatian National Guard and volunteers from Croatia and Croatian emigrants joined the defence of Vukovar.

The town came under the first major attack as early as on 28 June 1991, when some thirty Serbian terrorists attacked the Croatian control point in Borovo Naselje,  and a later one on 4th July, which were both repelled.

At the time JNA still feigned to separate the sides in conflict, but the artillery targeted Borovo naselje from the nearby Serb-held villages (Borovo Selo, Trpinja and Orlovača. Military aircraft targeted two bases of the Croatian National Guard (Novi Čakovci and Opatovac on 22 July 1991).

The first large-scale attack by JNA and rebelled Serbs took place on 14 September 1991. The town wasa exposed to ten air raids, bombed by  cluster bombs and  tank and infantry attacks along Trpinjska cesta, from the nearby rebelled Serbs strongholds (Borovo Selo,  Negoslavci and Petrovci) lasting for six days. The attacks were repelled but the enemy linked up the barracks in the town with the area held by the rebels in the outskirts (Petrova gora, Bršadin). The Croatian defenders established the Military Police service, four battalions and several smaller signal, air defence, engineer and medical units. The 204th Brigade of Vukovar was also established  and received some 600 volunteers and weapons from the seized barracks in Varaždin and Đakovo. During the defensive operation the Brigade members destroyed some 400 tanks and armoured vehicles and 25 aircraft. The defence of Vukovar was broken on 18 November, and of Borovo Naselje on 19 November.

The 10th anniversary of the establishment of the Brigade was marked on 23 September 2001 with a line-up of the surviving members and attended by family members of the fallen and missing defenders of Vukovar. November 2003 saw the formalisation of its status in the table of organisation and equipment of the Croatian Armed, based primarily on the order of 25 September 1991, signed by then Commander of the Military District General Karl Gorinšek, which remained in vigour until the order on the establishment of the 204 A Brigade issued in 1992 and  signed by then Defence Minister Gojko Šušak.

The flag of the legendary 204th Brigade of Vukovar is seen each year in the Memorial Column on the Vukovar Remembrance Day in November.

”The 204th Brigade halted the enemy by bravery and sacrifice“

The anniversary marking was attended by the Defence Minister Mario Banožić, by the Head of the J2 Directorate of the General Staff of the Croatian Armed Forces Brigadier General Željko Živanović as Envoy of the President of the Republic as Supreme Commander of the Croatian Amred Forces, by the Minister of Homeland War Veterans Tomo Medved as Envoy of the Prime Minister of the Republic of Croatia, by the representatives of the town of Vukovar and of the Vukovar-Srijem County and others.

Minister Banožić stated that the Brigade enabled the rest of the Croatian Army units to get equipped and train and to gain support for the independence of Croatia from the international community. The Minister also emphasised that the Battle for Vukovar was a crucial moment of the Homeland War.

“Vukovar was occupied eventually, after 87 long days, but it has to be underlined that the members of the 204th Brigade fighting bravely and sacrifying halted the advance of the enemy towards other parts of Croatia“, said the Minister.

“The Croatian Army  was getting stronger day by day into a respectable military force which liberated a large portion of the occupied territory in the Operation “Storm“ and ensured the conditions for peaceful reintegration of of the Croatian Danubian basin and Vukovar within the internationally recognised borders“, said Minister Banožić.