Back to homepage »
Share:
The 27-day Operation “Winter-94“ was conducted from 29 November to 24 December 1994 in the area of ​​Livanjsko polje and Dinara Mountain, in  harsh winter conditions, liberating the area of 200 km2 of territory 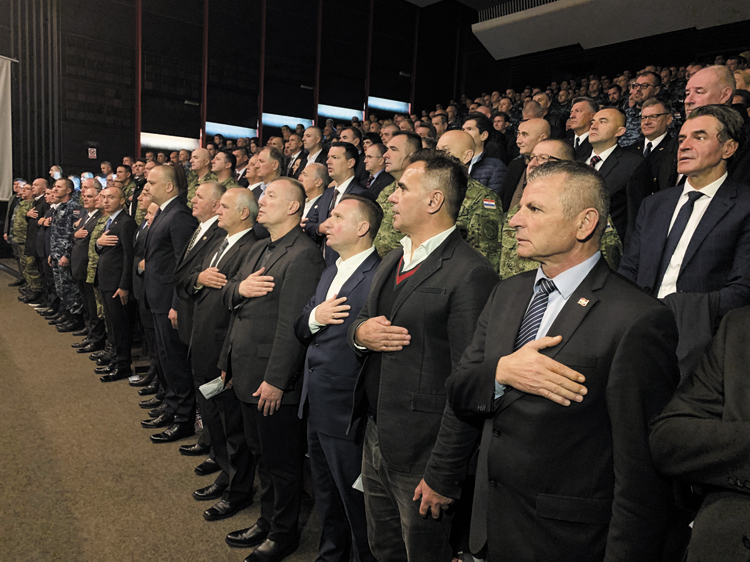 The opening of the communication towards Knin via Dinara Mountain in full winter was an ultimately brave move. While the Serbs in Knin  were attacking Bihać, the Croatian forces had an open communitation towards Bosansko Grahovo and Knin over Dinara Mountain. Within a short time the Croatian soldiers reached the top of Dinara, and Knin was within reach. The Operation “Winter 94“ was one of the crucial operations, which created the conditions for the offensive and the final liberation operations of the Homeland War…

The 27-day Operation “Winter-94“ was conducted from 29 November to 24 December 1994 in the area of ​​Livanjsko polje and Dinara Mountain, in  harsh winter conditions, liberating the area of 200 km2 of territory which was of strategic importance for further operations. The enemy was defeated in  Dinara Mountain and the Croatian Army and the Croatian Defence Council took control of a major part of Livanjsko polje. It was one of the crucial  operations, which created the preconditions for the attack actions and the final liberation operations in the Homeland War.

Following the failed Cease-fire Agreement signed in Zagreb on 29 March 1994, the Croatian Army began preparing to achieve the required level of combat preparedness to liberate the occupied areas of the Republic of Croatia. As early as in autumn of 1994 all units in the area of responsibility of the Split Military District, previously engaged in defensive actions, were combat ready and converted into units with high offensive capabilities, achieved through intensive training and education of the commands and combat units tailored to fit concrete operational plans, which enabled rapid growth of forces and transition from the defensive to offensive disposition.

The rapid progress of the capabilities of the Croatian Army was confirmed in the Operation “Winter 94“ surprised the enemy forces.

The facts pertaining to the Operation “Winter 94“and its relation to the first Crisis at Bihać are less  known to the public.

The “Winter 94“  was the operation that indirectly prevented the occupation of Bihać and the massive civilian casualties.

The attacks on Bihać, which was within the UNPA, culminated in late 1994, and the surrounded town was likely to fall to Serbs, which would seriously aggravate Croatia’s position  too, as it would enable the unification of Republic of Srpska and Republic of Serb Krajina. Croatia had to weaken and contain the enemy offensive on Bihać and ensure strategic conditions to liberate the occupied areas in its territory and in Bosnia and Herzegovina.

The Operation “Winter 94“ was preceded by Operation “Cincar“ by the Croatian and Bosniak forces on  3 November 1994, gaining control of Kupres andof  the major part of the Kupres Plateau and creating the conditions to attack the Serb forces in the Livno and Glamoč zones of the battlefield to ease the situation for the Army of Bosnia and Herzegovina in the Bihać battlefield and ameliorate the operational position in the zone stretching from the Kupres to the border on the Republic of Croatia in Dinara Mountain. 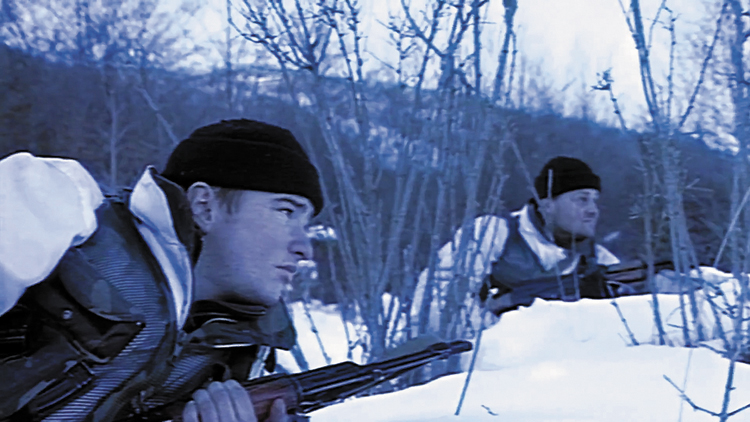 The plans of the Operation had two basic goals – to weaken and halt the enemy offensive and to create the strategic space for the liberation of the occupied territory of the Republic of Croatia.

The planning was designed to engage the units familiar with the combating in the terrain, minding to avoid larger movement which, if detected, would reveal the intent of the Croatian forces.

The risk of undertaking the offensive operations in Dinara Mountain along the state border had to be taken ino account too , and strong forces had to be prepared to guard the flanks.

All the factors considered, the battlefield was organised at the operational level jointly with the General Staff of the Croatian Defence Council. The battlefield was placed halfway through Livanjsko polje in the early phase, but since 10 December the area of responsibility of the Split Military District was expanded to cover the east part of the Livanjsko polje, and the joint offensive objective was set and the arrangement of forces assigned for the combat operation.

The Operation was planned along four operational avenues – Kujača ( Winter 1), Korićina – Golija (Winter – 2), village Čelebić (Winter – 3) and Dinara Mountain (Winter-4).  The actions undertaken  along the first three avenues (from the village of Čelebić in Livanjsko polje to Kupreška vrata) were co-ordinated by the General Staff of the Croatian Defence Council and the actions on the fourth avenue were the responsability of the Split Military District.

In the area of Dinara Mountain the goal was to disrupt and push the enemy forces to remove the risk of a possible flanking attack.

To the east of Livanjsko polje the objective was to push the enemy forces from the east flank of the area and restrict  the manoeuvre and secure the right flank of the Croatian forces along the avenue of offensive on Dinara Mountain.

The wedge formation during the main communications to the east and west of the Livanjsko polje was planned to expand the offensive and spread out along the flanks, to ensure movement freedom of the Croatian forces through the Livanjsko polje and to split the enemy forces between Dinara and Staretina mountains. 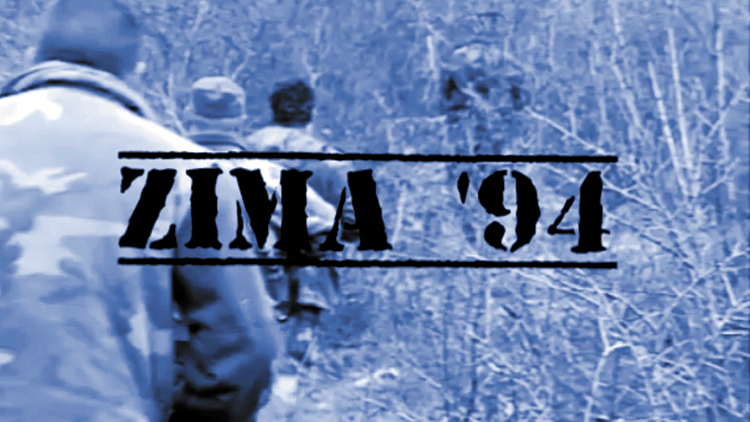 The objective was to neutralise the enemy forces and push them from the front positions and dominant elevations with a synchronised frontal and flank offensive, with the introduction of battle groups behind the enemy lines and with strong artillery and missile support.  At the same time the Croatian forces had to repulse the possible enemy counter-offensive  and fortify and maintain the reached line from which the fresh forces were introducted and ensure a stable logistic support and maintain readiness to continue the offensive.

The forces engaged in “Winter 94“

The Croatian Army and police units were on the alert since dawn of 28 November 1994.

In co-ordinated actions and synchronised frontal and flank attacks and the insertion of  combat groups behind the enemy lines and supported by precision artillery and missile support the Croatian Army disrupted and pushed the enemy forces further from the starting positions and dominant elevations and prevented counter-offensive.

The units were gradually introduced into the offensive and enlarged the operations area and guarded flanks and in defensive actions as well. 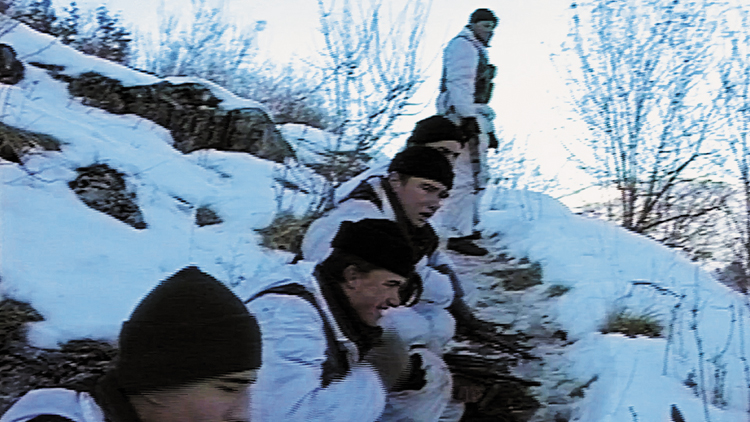 The armoured-mechanised units had a crucial role in the Operation, defying the harsh geographic and weather conditions (temperatures dropping to  -30° C). The competence, courage and determination of their members  overcame all the challenges; during the Operation the infantry had the support of the armored-mechanised forces, and their unexpected arrival to Dinara (at 1,300 to 1,800 m) had a shocking impact on the enemy.

The engineer units also had an important role, and their task of ensuring fast and fficient ovement and manoeuvres of the units in attack and of the units which defended the flanks on the peaks of Dinara and Golija.

The inaccessible terrain and remoteness of the communications to ensure urgent care for the  wounded and injured was tackled by organisation of surgical teams in detached logistic bases. The Croatian Air Force provided a significant contribution transporting the troops, the wounded, food, containers, prefabricated houses and other necessary supplies for the combat actions.

The course of Operation “Winter 94“ and successful moves in battlefield

Ahead of “Winter 94“ the 4th Guards Brigade took over the area of operations from the 126th Home Guard Regiment, which brought increased security for Sinj and the route Sinj- Split as a possible avenue of enemy attack.

The command of the Livno Operative Group was composed of the members of the Military District Split, which immediately began preparing for the operation, primarily in the direction of Mountain Dinara direction and further. The 5th Guards Brigade was located around Livno and Glamoč at the time, as reinforcement for the General Staff of the Croatian Defence Council based at a convenient location important to intervene in the event of an enemy counterattack from the Glamoč.

In the afternoon of November 29 seven battlegroups began infiltrating behind the enemy lines in order to gain tactical advantage. Their task was to seize as many elevations controlled by the enemy exploiting the element of surprise. 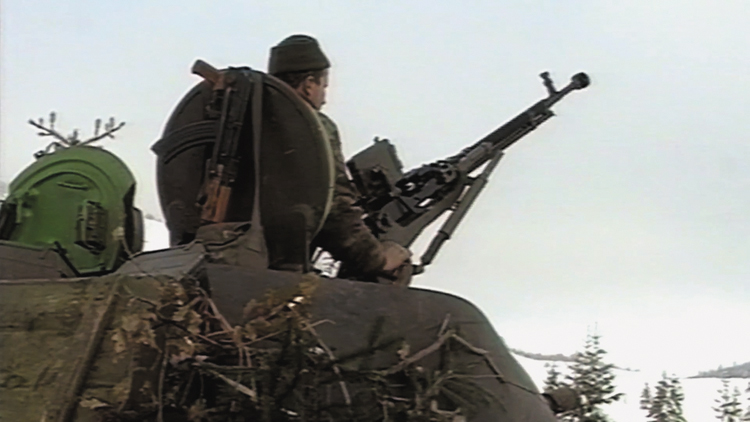 The entry of the battle groups behind the enemy lines was extremely difficult due to heavy snow and very low temperature, but also highly important for the start of the frontal and flank offensive. The company of the 114th Brigade executed attacks along the western brink of Livanjsko polje. Heavy snow and low temperatures prompted frequent rotations of combatants, which aggravated the situation, so battle groups composed of the Anti-Terrorist Unit of the 72nd Military Police Battalion, of the 6th Home Guard Regiment and 1st Battalion of the 126th Home Guard Regiment and the Battle Group of the 4th Guards Brigade were engaged. On 4 December the 80th Home Guard Regiment and an infantry battalion of the 4th Guards Brigade comprising an armored-mechanised company were introduced into combat entered the Operation , and despite the harsh weather conditions reached the line of action and converged with the rest of the forces of the 4th Guards Brigade and of the 126 th  Home Guard Regiment.

The 7th Guards Brigade was introduced into combat on the following day bringing the necessary  reinforcement, and on 7 and 8 December the Croatian forces seized control of the wider area along the eastern flank of Livanjsko polje.

The enemy undertook unsuccessful limited counter-offensives along several avenues, such as the one launched in Dinara Mountain on 10 December 1994 regaining the control of a few minor positions , but the  Croatian forces maintained the momentum and on 12 December the units of the 7th Guards Brigade seized new positions and were soon joined by the 4th Guards Brigade, and the 5th Guards Brigade was deployed along the eastern flank of Livanjsko polje.

The period to 24 December saw only minor tactical progress in the battlefield.

The Operation Winter-94 lasted for 27 days, liberating an area of 10  x 20 kms (a total of ​​200 km2) and placing a major part of Livanjsko polje under the control of the Croatian Army and of the Croatian Defence Council, and minimising the likelihood of a surprise attack by precluding any possibility of the enemy launching a side counterattack against Linj by a surprise flank attack by the enemy from Livanjsko polje towards Sinj. The Operation also achieved an indirect access to Knin – the centre of the rebellion  from Livanjsko Polje,  and created the conditions for further attack operations until the final liberation of the occupied areas and Knin, which proved to be extremely important a few months later, during the Operation “Storm“.

Unfortunately, the liberation of the Dinara’s highest peaks took its human toll, with 29 Croatian defenders killed, one missing and 58 wounded.

The opening of the route towards Knin via Dinara in mid-winter was an almost irrational initiative, but was also the sole option to help Bihać. While Serbs from Knin were attacking Bihać, the Croatian forces had an opened path towards Bosansko Grahovo and Knin via Crni Lug and Dinara Mountain.  The rebelled Serbs too late realised what was happening, and the Croatian forces were on top of Dinara Mountain, looking down on Knin.

The seized positions enabled the Croatian Army a huge advantage in tactical and operational terms and created the conditions for further liberation actions and operations in the final phase of the Homeland War: “Skok 1“, “Lightning“, “Skok 2“, “Summer ’95“, “Storm“, “Mistral“ and “Southern Move“.

It was a magnificent victory in many a way – first of all, it was a well-planned and prepared operation, completed despite the extreme conditions and with efforts, sacrifice and skills, which eventually  demonstrated the Croatian Army’s readiness for further actions until the final victory and liberation of the occupied Croatian territories.