Back to homepage »
Share:
The Barracks ”4. Gardijska Brigada" in Knin on 30 December 2019 hosted the send-off ceremony for the 188-member 2nd HRVCON to NATO's Enhanced Forward Presence in Lithuania. 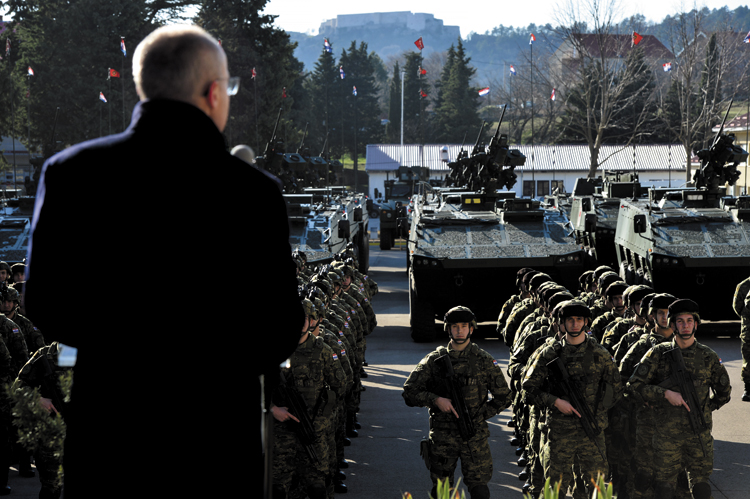 The Barracks ”4. Gardijska Brigada” in Knin on 30 December 2019 hosted the send-off ceremony for the 188-member 2nd HRVCON to NATO’s Enhanced Forward Presence in Lithuania. The majority of the Contingent is composed of members of the 3rd Mechanised Battalion “Pauci“ of the Guards Mechanised Brigade of the Croatian Army.

The ceremony was attended by the delegation of the Deputy Prime Minister and Defence Minister  Damir Krstičević as Envoy of the President of the Republic , by the Chief of the General Staff of the Croatian Armed Forces General Mirko Šundov, by the Ambassador of  Lithuania Jurat Raguckien Duda, by the French Defence Attaché Colonel Fabrice Duda, the representatives of the local government and other military and civilian officials.

The Croatian Deputy Prime Minister and Defence Minister  Damir Krstičević shared his conviction in successful completion of the tasks in Lithuania. “I am sure that you are going to display your  military skills, soldier-like behaviour and other qualities of the members of the “Pauci“ Battalion and to represent Croatia and its Armed Forces in the best of ways“. The Minister extended appreciation to the Contingent’s members’ families for the support in their military service.

“Operating in  international environments is a unique experience for your future careers, and I advise you to use the opportunity to acquire new knowledge and skill,” said the Minister, who also pointed  out that the year 2019 was a year of excellent performances and achievements in the development and modernisation of the Croatian Armed Forces, and enumerated the implemented projects, including the acquisition of the Black Hawk helicopters, of Bradley vehicles, the establishment of new centres, including the Centre for Combat Leader “Marko Babić” and the new capabilities.

“Through the participation in NATO EFP in Lithuania Croatia evinces its commitment to NATO and NATO ‘s member nations evince determination to demonstrate strength defending the Alliance’s territory and deter potential adversaries“, said the Chief of the General Staff of the Croatian Armed Forces General Šundov, who underlined that the past engagement in EFP was an excellent opportunity to acquire new knowledge and to enhance the capabilities, as well as to present the Croatian Armed Forces and the products by the Croatian defence industry.

“The Croatians and Lithuanians, side by side with other member nations are guarding the Alliance as   a space of liberty, peace, security and common values“, said the Ambassador of Lithuania to Croatia  Jurata Raguckiene, who extended appreciation to the members of the Croatian contingents for the important contribution to the common security.

The honour and responsability of representing the Croatian Armed Forces 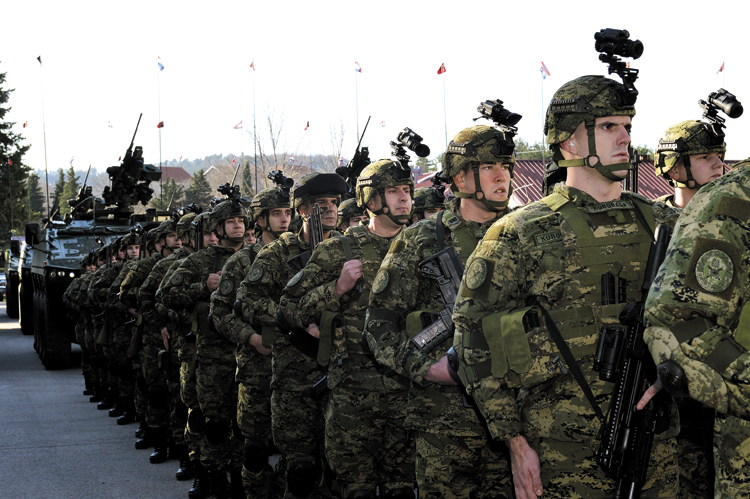 The Commander of the 2nd HRVCON , 1st Lieutenant Robert Bajan said the members were highly motivated, trained and prepared for all tasks during the deployment: „“ We have the responsibility and the honour of representing the Croatian Armed Forces as top military, well trained and equipped“.

The German-led Battlegroup in NATO’s Enhanced Forward Presence in Lithuania has engaged the units of the armed forces of Germany, the Netherlands, Norway, Belgium, Luxembourg, France and of the Lithuanian armed forces.

“With its participation, the Republic of Croatia shows its loyalty to NATO, and the members of the Alliance show a determination to show strength and force together by defending the Alliance’s territory and discouraging a potential adversary,” said Chief of Staff General Corps Mirko Sundov, noting that participation in this activity has proved to date. as an excellent opportunity to gain new knowledge and enhance capabilities, but also to present the Croatian Army and products of the Croatian Defense Industry.

The EFP entails peacetime activities arre defined as NATO activities to achieve and maintain readiness and support to enhanced of the security of the Alliance and its members, primarily through joint training and increased interoperability among allies. By participating in reinforced front presence activities, NATO member nations demonstrate unity, ability and readiness to defend the integrity and sovereignty, and reaffirm that NATO will implement its fundamental task – collective defence against possible threats.