Back to homepage »
Share:
The Barracks "Josip Jović" at Udbina on 28 July 2020 hosted a ceremony closing the training of the 18th generation of participants of the Basic Special Operations Training of the Special Forces Command. 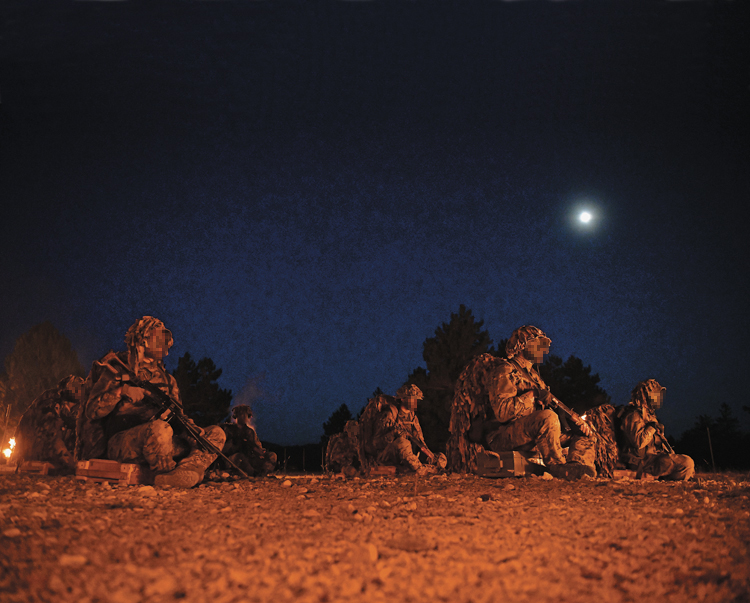 The basic special operations training comprises selection and training, including the individual and small teams training, and the final and most important part – commando training. Individual training develops basic and advanced military skills such as survival training and basic parachute training, while the small teams training prepares the trainees to operate as teams. The Commando Training is the third, final and most demanding module of the Basic Special Operations Training, featuring training in extreme conditions. Successful completion of 6-month Basic Special Operations Training, and in particular of the concluding and most demanding part, is a prerequisite to join the Special Forces Command. The Commander of the Special Forces Command said the 18th generation of the Basic Special Operations Training comprised the three categories of active personnel – enlisted soldiers, NCOs and officers, led by strong enthusiasm, will and motivation to master the training programme and to become commandos.

“The basic selection training for special operations is the first challenge and a test for all the candidates for the elite community. After six long months only the strongest and most determined to join the special forces stayed in the game. Motivated by the vehement desire to become members of the elite unit of the Croatian Armed Forces, you endured the hardest efforts and challenges, training on hardest terrains, on the ground, at sea and in air and proved your aspiration to seek careers in the Special Forces Command.  “The constant transformation of the military system, as well as the variability and innovativeness of conflict management require superior capabilities of members of the special forces, who must be trained and prepared, showing model conduct and ready to execute hardest operations”, said Brig Gen. Turalija.

“You can rightfully be proud of yourselves and your achievement. The Command is aware of receiving the best, so enjoy your triumph and receive my sincere congratulations and welcome to the Special Forces Command. ” “It is a great honour to greet and congratulate the 12 future commandos on completing the hard and challenging training”, said Major General Ivica Olujić. “You have passed rigorous selection and are eligible for the special forces of the Croatian Armed Forces, but your training really begins now and your responsibility is to execute your assignments legally, loyally, bravely and victoriously”.

Appreciating the instructors for passing on their knowledge on to the new members, General Olujić concluded: “The Special Forces Command is a striking force of the Croatian Armed Forces: it is prepared to execute tasks on ground, at sea and in the air, and as such holds a priority for further development. The ceremony featured the award of diplomas, green berets and of commando insignia, to mark the entry of the 12 into the élite community of special forces.