Back to homepage »
Share:
Since the historic establishment of the Croatian National Guard, Croatian military has made a huge progress from wartime force to the present day's peacetime military 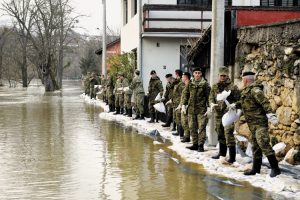 Since the historic establishment of the Croatian National Guard in the FC “Zagreb“ stadium in 1991, Croatian military has made a huge progress from wartime force, tasked with defending Croatia’s  independence to the present day’s peacetime military guaranteeing security and sovereingty, capable of responding to any modern security challenges. The increase in the defence budget achieved in 2017, concluding a long period of reduction, has continued into 2018, enabling further development of capabilities and modernisation of the Croatian Armed Forces.  In 2018 the Government of the Republic of Croatia adopted the long postponed decision on the procurement of fighter aircraft to replace the currently used MiGs 21. After a thorough analysis of the four proposals received, the expert group of the Ministry of Defence gave recommendations for the most acceptable one –  the decision was made to procure 12 Israeli F-16 C / D Barak aircraft to guard and protect the Croatian airspace sovereignty. The respective contract is to be signed in the course of 2018, and the aircraft are expected to enter operational service in 2020. 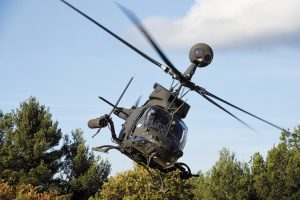 Other novelties in the Croatian Air Force comprise the concluded delivery of 16  OH-58D Kiowa Warrior helicopters to the Helicopter Squadron of the  93rd  Air Base of the Croatian Air Force in the Barracks “Pukovnik Mirko Vukušić“ at Zemunik and the training of the first group of Croatian pilots and of air technicians to operate the helicopters; furthermore, the completed overhaul of the Mi – 171 helicopters. Also in 2017 twelve 155-mm self-propelled PzH 2000 Howitzers underwent servicing and upgrade, while one is in the operational service intended for driver training.  The procurement with the howitzers concludes the modernisation and equipment of the Croatian Army. 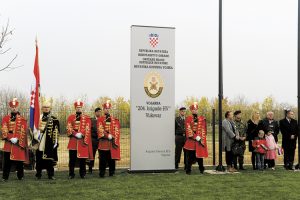 The Croatian Armed Forces won the award “Pride of Croatia“ for the year 2017, in recognition for the engagement of the members dealing with natural disorders, whose timely intervention saved many homes and maintained the functioning of civilian institutions in the affected areas. Furthermore, the engagement of the Croatian Armed Forces assisted by other components of the Homeland Security System defended the country from fires in the hardest firefighter season in the independent Croatia, and also from the floods and heavy snowfall. The members of the CAF  have also provided vital assistance to civilian institutions conducting emergency medical flights, emergency transportation of organs for transplants and search-and rescue in islands, at sea and on land. In order to upgrade the living and standards of life, work and training of members of the Armed Forces, promote the military profession and as a function of the changing security environment and as a response to security challenges and risks, a territorial redistribution of the units of the Croatian Armed Forces was devised.  The Croatian Armed Forces units returned to towns, instilling a sense of security and protection in the local population. In 2017 the  Engineering Battalion of the Guards Mechanised Brigade returned to the Barracks “126 Brigade of Croatian Army“ in Sinj, formally reopened in July. Likewise, 100-member Engineer Company of the Guards Armoured Mechanised Brigade since 10 November is located in the Barracks “204th Vukovar Brigade“. The return of other designated units to Varaždin and Ploče is expected in the course of 2018 and 2019. The new territorial distribution enabled the Croatian Armed Forces to provide assistance to the population in peacetime, particularly with natural disasters. The return of the Croatian units to previous locations and the co-operation with the local community  and the assistance provided by the Croatian soldiers to the population increased  the interest in serving in the Croatian Armed Forces, and in 2017 for the first time since the introduction of voluntary military service (in 2008)  three generations of recruits were admitted and received training in one-year period. The Croatian Armed Forces continued taking part in activities and exercises in the training ranges in Croatia and abroad, such as the largest annual exercise of the Croatian Army – “Udar 17“, engaging  the entire battalion in an attack operation in a joint live-fire exercise for the first time in 15 years.  A total of 258 members of the Croatian Armed Forces took part in the international exercise “Saber Guardian 17“, conducted in Hungary, Romania and Bulgaria from 25 June to 25 July 2017, organised by the USAREUR. From  16 – 28 August 2017 a bilateral U.S. Croatian military exercise was conducted in the Training Range “Eugen Kvaternik” near Slunj, engaging two companies (one from the Battalion “Gromovi“ of the Guards Mechanised Brigade of the Croatian Army and one of the 1st Airborne Battalion of the  503rd Infantry Regiment of the 173rd Airborne Brigade of the U.S. Army. 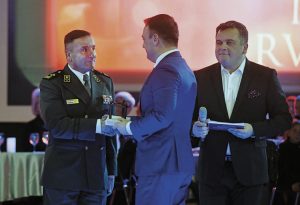 In September 2017 the Croatian Army’s Engineer Regiment organised the largest engineering exercise since 2001 – “Kupa 17“. In early 2018 the 25th anniversary of the Operation “Maslenica“ – one of the first major liberating and decisive operations- was marked.  which We will also mention the jubilee 25th anniversary of the Maslenica military-police operation, one of the first major freedoms operations that marked a kind of milestone and opened the way the liberation of the entire homeland.

The members of the Croatian Army have been engaged to NATO’s Enhanced Forward Presence – a Contingent with an infantry mechanised company in the Battlegroup in Lithuania and a 2nd Contingent with a self-propelled MRL in the Battlegroup stationed in Lithuania. In the 15th year of the engagement of the Croatian Armed Forces in Afghanistan, a  Croatian Contingent has also been deployed to UNIFIL. Since late 2017 the Croatian soldiers  deployed to the mission in Afghanistan,and in the Republic of Poland and Lithuania have been equipped fully with the weapons and equipment made in Croatia; the Croatian defence industry has become a brand and all its capacities presented at the first conference ”Croatian Defence Industry“ (“Hrvatska obrambena industrija“) in September 2017. 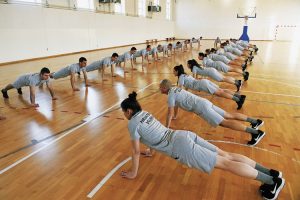 The focus of the Ministry of Defence’s plan in 2017 was on the human resources (enlisted soldiers, NCOs , officers and  civilian employees) and their living and working standards;  following the adopted amendments to the Act on Service in the Croatian Armed Forces new ordinances and decisions aimed at the upgrade of material rights and living and working standards and other benefits  restoring the dignity of the Croatian soldiers  (compensations for sentry, duty periods and off-base service), and a Military Solidarity Foundation, intended to provide support to the personnel in  the defence in the event of an accident or deterioration of the social status and financial support to their dependents. The initiative to guard of national symbols and values of  the Homeland War goes on too; the graduation ceremonies of the military education programmes will again take place in Vukovar, as a tribute to the heroic town; the barracks and military facilities and halls receive the names of the outstanding fallen and deceased defenders, and also the traditional custom of awarding the berets to the new members of the units. The year 2018 has been declared the Year of Readiness and Activity of Croatian Soldiers, seeing a series of activities, among which the Sporting Day in the Croatian Defence Academy ”Dr. Franjo Tuđman“, held under the motto “Active and ready“, the presentations and lectures which were attended by famous athletes, alongside the personnel of the Ministry of Defence. Also, the 16th anniversary of the Support Command was marked through the project “Active Croatia“ which engaged some 300 members, and on top of all the competition for the best prepared member of the of the Croatian Armed Forces, titled “Memorial of Major Davor Jović – First for Croatia“.