Back to homepage »
Share:
The members of the Croatian Navy Flotilla’s Naval Infantry Company scored a great success at the 22nd Boat Marathon on the Neretva river by placing 7th out of 28 teams 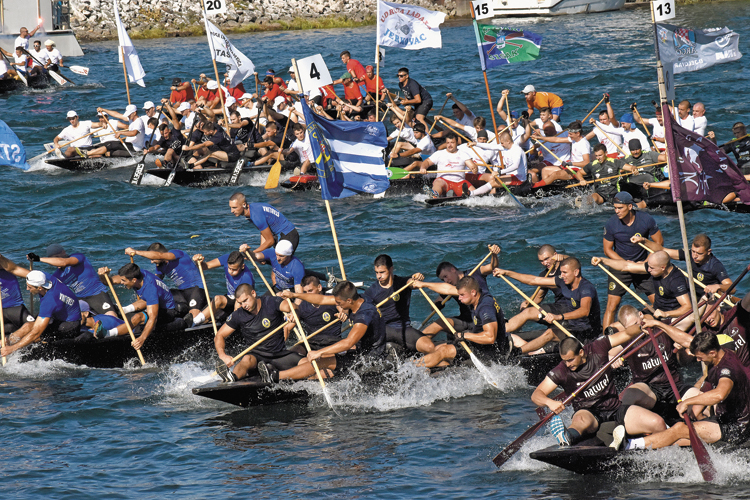 The Boat Marathon is a unique sports manifestation preserving the tradition and identity of the Croatian people and promoting the rich heritage of the Neretva river valley. The 22nd edition of the marathon was held on 10th August. This year, 28 teams had entered the competition, including a team comprised of 23 members of the Croatian Navy Flotilla’s Naval Infantry Company, who took part in the race for the first time.

The sporting event was held under the high auspices of the President of the Republic of Croatia Kolinda Grabar-Kitarović. Thousands of spectators cheered on the teams along a 22.5-kilometre long course from the start in Metković to the finish in Ploče. The spectators included Deputy Prime Minister and the Minister of Defence Damir Krstičević in the quality of an envoy of the president of the Republic of Croatia and the commander-in-chief of the Croatian Armed Forces; the Prefect of the Dubrovnik-Neretva County Nikola Dobroslavić; the Mayor of Metković Dalibor Milan; the Mayor of Opuzen Ivo Mihaljević; the Mayor of Ploče Mišo Krstičević and the Commander of the Croatian Navy Commodore Ivo Raffanelli.

Ahead of the race, competitors were addressed by Minister Krstičević, who highlighted that the Boat Marathon preserved the tradition and identity of the Croatian people in the Neretva river valley, while medieval boats had become a recognizable symbol of the region as well as a trademark of the naval heritage and values fostered by the Croatian Navy. He recalled that 18th September had been chosen as Croatian Navy Day in the memory of Duke Branimir’s (879 – c. 892) victory over the Venetians at the coastal town of Makarska, when the Venetians’ plan to destroy the small Neretva Duchy was thwarted.

Krstičević further underlined that the connection between the Croatian Armed Forces and the Boat Marathon was reflected in the fact that the race had been developed in tribute to Homeland War Operation Zelena tabla – Male Bare (1991), when the conditions for raising the blockade around Dubrovnik were created.

“This competition and your turnout speak highly of Croats’ positive rivalry and sportsmanship. I am proud of the fact that you are promoting the values that the world is in dire need of. The aim of such as competition as this one is the transfer of that positive competitive spirit onto the society and the development of unity that is required so that our homeland could prosper. Let us preserve this lovely tradition, a reminder of the glory days of the Croatian history and of all Croatian warriors throughout centuries,” Minister Krstičević pointed out.

The start of the race under the bridge in Metković was signalled by a pistol shot. More than a thousand supporters cheered on their favourites and followed the Boat Marathon down the Neretva river, from Metković to Ploče via Opuzen.

After more than two hours of rowing, Gusari (Pirates) Komin, a neighbourhood in Ploče, was the first team to cross the finish line. The team from the neighbourhood of Stablina came in second, while team Crni put (Black Path) from Metković won the third place. 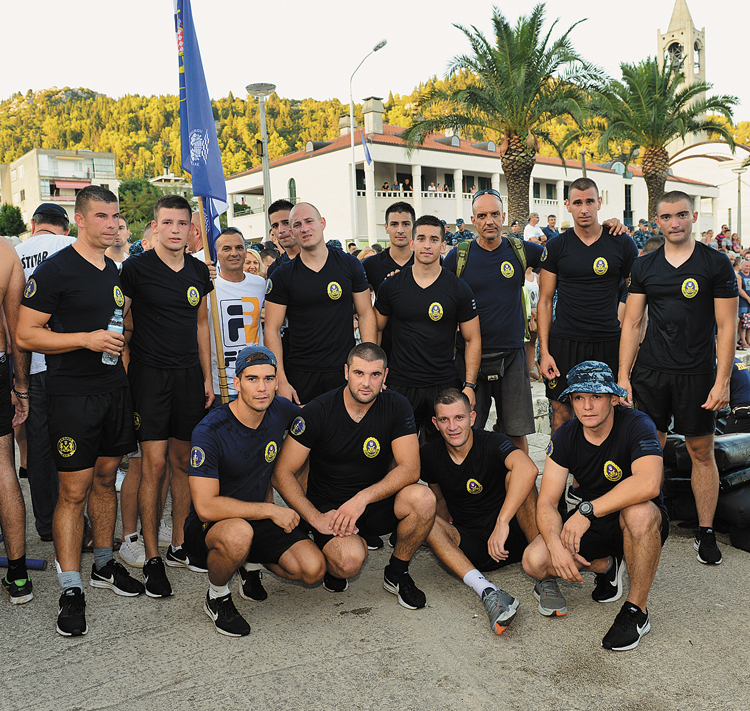 The Croatian Navy’s team scored a big success by finishing in 7th place.

Guided by unity, team spirit and positive rivalry, values adorning the Croatian Armed Forces in all of their activities, the Croatian Navy’s team, a debutant at this year’s competition, had demonstrated their earnestness already in the qualifying round.đ

The Naval Infantry Company’s excellent 7th place in the Boat Marathon is a result of intense preparations, conducted in spite of their other numerous training activities, and participation in several preliminary races, including the Zagreb Cup, the Cup of Our Lady of Carmel and Saint Elijah’s Cup.

Croatian marines finished in the 7th place. While victory is a matter of prestige, it is not what this competition is about. Rather, it is about courage as well as the desire to sustain and promote Croatia’s tradition and history. The members of the Croatian Navy have certainly contributed to that with their participation.

Milojko Glasović came up with the idea for this pirate race so as to save medieval boats from obscurity. The realization of that idea was initiated on the 7th anniversary of the Croatian Armed Forces’ Operation Zelena table – Male Bare in Ploče on 13th September 1998. That first year, 18 teams took part in the competition. Later editions are a testimony to the enthusiasm with which the competition was received in the Neretva river valley. Old, forgotten boats were hauled out of mud and restored. The number of participants increased: the initial number of 18 teams doubled in just a few years. So that all participants would compete under equal terms, the building of 33 identical medieval-looking boats was commissioned. Already at the 10th Boat Marathon, all teams competed in identical boats. This unique competition has become a must-see and a cultural, historical and sports trademark of the Neretva river valley. 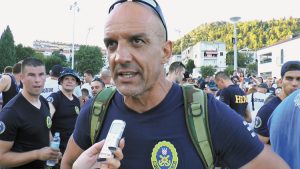 Considering that we are competing for the first time, that we are inexperienced and that we did not know what awaited us, I told my team that finishing in the top 10 would be a huge success. They came in 7th. For me, they are heroes.

Contingencies happen at every marathon. One of our men slightly injured his shoulder and the team had water in their boat, but they did a great job nevertheless. I reiterate: taking into account that this is the boys’ first time competing in this marathon, I have to applaud them for their success. They are exhausted, but finishing in the 7th place has restored their strength and willpower.