Back to homepage »
Share:
A total of six squads took part (three from the U.S. Contingent and squads from the Croatian, the Romanian and the U.K. contingents respectively 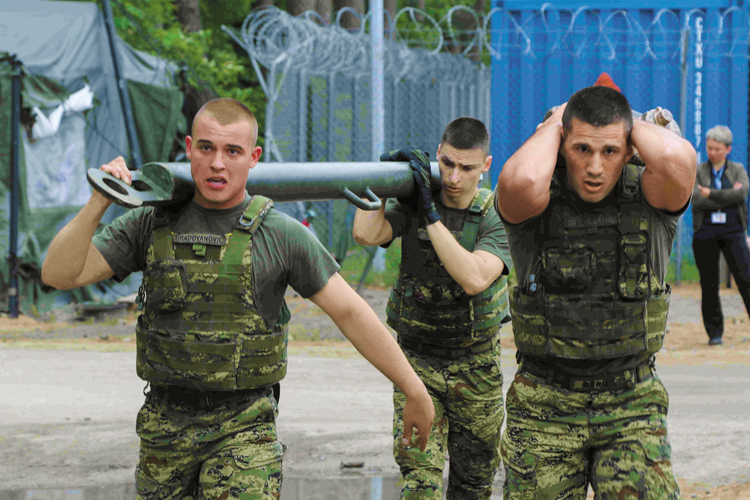 The members of the 6th HRVCON in NATO’s Enhanced Forward Presence (EFP) activity in Poland have won the squad competition organised by the Lightning Troop of the 3rd Squadron of the 2nd Cavalry Regiment of the US Army on 13 June 2020. A total of six squads took part (three from the U.S. Contingent and squads from the Croatian, the Romanian and the U.K. contingents respectively.

The competition tested physical fitness and teamwork in a physically demanding environment, through four work post on which they had to execute various challenges and cross a distance of about five km within the shortest time.

The competitors performed the tasks dressed in uniforms and also wearing the protective vests and plates, and carrying four canisters filled with water and a metal tow bar throughout the competition time.

2nd Lieutenant Matija Sabađija underlined the importance of teamwork in the competitions of the kind. “Winning feels so good! We to organise of next year’s competition, so we need to do our best to stay on the podium”.

The purpose of the competition is to create a healthy competition environment and upgrade the squads’ psychological and physical fitness.  The participation by all units of the Battlegroup Poland enhanced interoperability and strengthened partnerships.

The competition was conducted in compliance with the prescribed epidemiological measures. During the COVID-19 prevention measures in the Battlegroup Command in force, any competition and familiarisation help boost the morale of the troops based in the training range.