Back to homepage »
Share:
NATO’s International Staff and Special Operations Headquarters have expressed strong support for the establishment and further development of the Multinational Special Aviation Programme 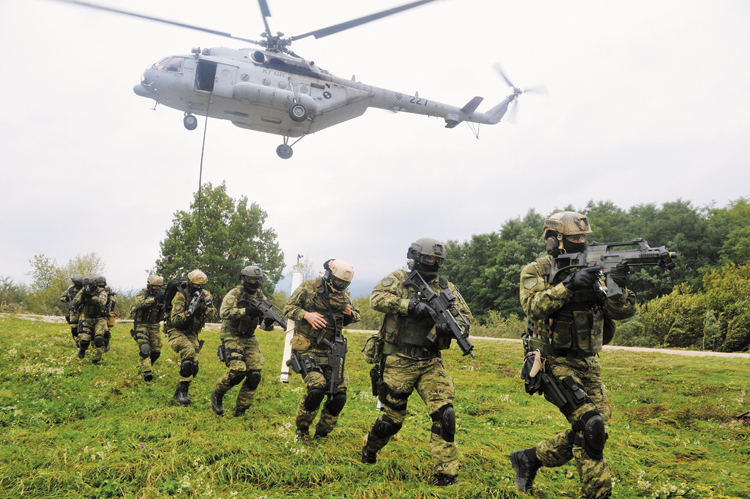 In 2015, Croatia and three other countries adopted specific Capability Goals and thus committed themselves to establishing a Special Operations Air Task Unit (SOATU). Pursuant to that commitment, Bulgaria, Croatia, Hungary and Slovenia decided to establish the Multinational Special Aviation Programme so as to strengthen their national defence capabilities.

The Multinational Special Aviation Programme envisages the establishment of a centre where the training of helicopter crews will be planned and conducted. Afterwards, the crews will be integrated with the Special Operations Forces. The training will comprise a theoretical and a practical part. The initial trainings are intended for instructors who will pass their skills and knowledge onto the members of the units that must attain the required capability levels.

A Memorandum of Understanding was signed by Croatian, Hungarian and Slovenian Ministers of Defence as well as the Bulgarian Deputy Minister of Defence in the presence of NATO’s Deputy Secretary General Rose Gottemoeller at NATO Headquarters in Brussels on 4th October 2018. On the Croatian side, the activities on the establishment of the MSAP are conducted by the Croatian Air Force Command and the Special Forces Command, with support from the General Staff of the Croatian Armed Forces and the Ministry of Defence.

The conference in Zemunik was opened by the Commander of the Special Forces Command Brigadier General Perica Turalija, who wished all participants a successful accomplishment of their tasks and extended his appreciation to the representatives of the NATO Special Operations Headquarters (NSHQ), Poland Special Operations Forces Command (POLSOFCOM), Special Operations Command Europe (SOCEUR) and NATO International Staff (NATO IS): “I am especially glad to see you value the full potential of our multinational co-operation, which will provide a place for the development of multinational capabilities and, in the spirit of partnership, strive to maximize the possibilities for the sharing of resources and knowledge.” 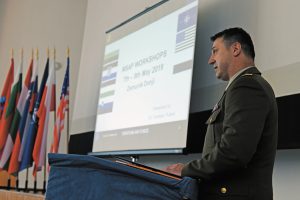 In the first part of the conference, three working groups were formed for training, legal affairs and personnel affairs. The working groups’ task was to draft documents, rules and regulations, i.e. to ensure that the MSAP can start with operations.

At the first working meeting of the MSAP’s Multinational Executive Board (MEB) on 10th May, the Chairmen of the MEB and MSAP as well as the Director of the MSAP were elected. Colonel Dean Kranjčec, Head of the Defence Capability Planning Department at the Ministry of Defence’s Defence Policy Directorate, was appointed Chairman of the Multinational Executive Board, while Lieutenant Colonel Tomislav Pušnik from the Croatian Air Force Training Centre’s Flight School was elected Director of the MSAP, the headquarters of which will be at Barracks “Lieutenant Colonel Mirko Vukušić” in Zemunik. The Deputy Director of the Multinational Special Aviation Programme will be chosen from the ranks of the Hungarian Defence Forces. Two positions at the Multinational Special Aviation Programme will be filled by the members of Bulgarian and Slovenian armed forces, while the remaining five positions will be allocated to the members of the Croatian Armed Forces.

The members of the Multinational Executive Board were welcomed by the Director of the General Staff of the Croatian Armed Forces Vice Admiral Robert Hranj, who thanked them for the efforts they were investing in that large project, underlining that the project enjoyed full support from the Croatian Ministry of Defence and the Croatian Armed Forces. “You have much work ahead of you, but I am convinced that you will do your best in realizing it,” Vice Admiral Hranj said.

The Chairman of the Multinational Executive Board pointed out that the Board would meet twice or year; should the need be, the meetings would be held more frequently. The Board monitors the work of the Multinational Special Aviation Programme and gives guidelines to it. All signatories of the Memorandum of Understanding are represented in it. As the Chairman has no vote, the Croatian Armed Forces are represented by Colonel Branko Tubić from the Planning Directorate. Lieutenant Colonel Pušnik said the Board’s members would do their best so that their joint efforts can paint a good picture of the Croatian Armed Forces’ capabilities and of the strength of all friendly and partner countries participating in the MSAP.

It is noteworthy that the MSAP training will be open not only to the countries involved in its establishment but also to all other NATO member countries. Over 20 participants are set to take part in the first theoretical training in September 2019. It is expected that the MSAP will have attained its initial operational capabilities by September 2019, thus making a contribution to NATO’s adaptability and readiness.

Most days of the year, the climate and the terrain in Zemunik are favourable for flying, so Barracks “Lieutenant Colonel Mirko Vukušić” proved to be an ideal choice for the new training centre. A characteristic feature of special operations is that they are conducted in various settings and under various weather conditions, so that special forces have to be trained to conduct operations under all sorts of conditions. The features of the climate on Mount Velebit and in the region of Ravni kotari meet the requirements for mountain rating and air navigation, while the sea and the islands on it are suitable for practicing operations at sea. An additional advantage of this location is the fact that it is at a 30-minute flying distance from most training ranges belonging to the Croatian Armed Forces. 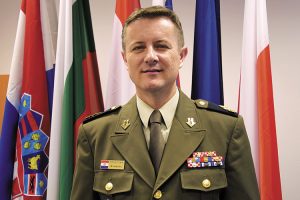 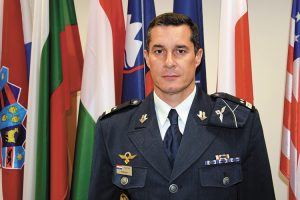 Lieutenant Colonel Tomislav Pušnik, Director of the MSAP, has been with the Croatian Armed Forces since 1997, when he completed his pilot training as a part of the 1st class of Croatian military pilots. So far, he had led and commanded various units in the Croatian Air Force and in international missions. Among others, he has been a Leader of a Flight Platoon as well as the Second-in-Command and later Commander of the Transport Helicopter Squadron. Currently, he is a Flight Training Methodics Officer at the Flight School of the Croatian Air Force’s Training Centre “Rudolf Perešin”. He has taken part in peace-support mission KFOR in Kosovo and mission ISAF in Afghanistan. On two occasions, he trained and advised the members of the Afghan Air Force (AAF) as a part of the Air Advisory Team (AAT) in mission Resolute Support. Colonel Pušnik has had a share in preparing, organizing and conducting six Air Advisory Team Pre-Deployment Training Courses (AAA PTC) for Croatian, Czech, Hungarian and Slovakian AATs. In many courses he has taken during his career, he has acquired a broad spectrum of knowledge in the domain of Special Air Operations.