Back to homepage »
Share:
The Exercise Immediate Response 2015 had its Media Day held in the “Eugen Kvaternik” Training Range near Slunj on 14 September, at which occasion the participants were visited by the senior representatives of the Croatian Armed Forces – the Croatian Army Commander, Lieutenant General Mate […] 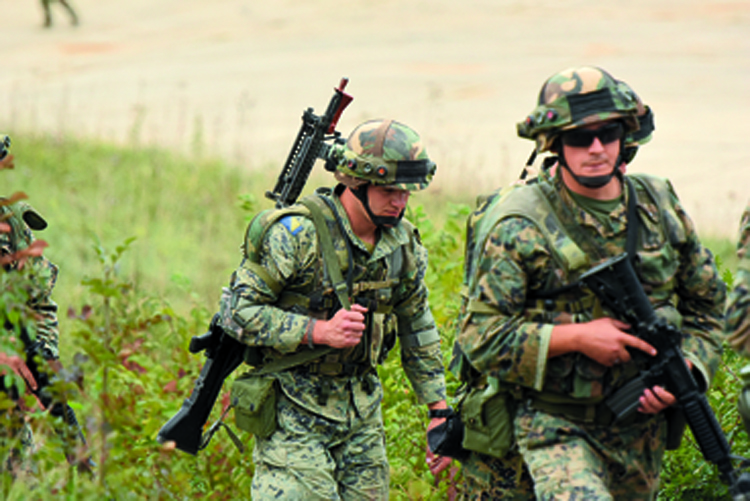 The Exercise Immediate Response 2015 had its Media Day held in the “Eugen Kvaternik” Training Range near Slunj on 14 September, at which occasion the participants were visited by the senior representatives of the Croatian Armed Forces – the Croatian Army Commander, Lieutenant General Mate Ostović, the Commander of the Guards Motorised Brigade, Brigade General Boris Šerić and of the Guards Armoured Mechanised Brigade, Colonel Denis Tretinjak, as well as by the Commander of the Logistic Brigade of the Slovenian Armed Forces, Brigadier General Milan Žurman and the Commander of the 1st Brigade of the Slovenian Armed Forces, Brigadier General  Roman Urbanč.
The Immediate Response 2015 entails training at the company level in preparation for the final multinational battalion-level exercise titled “Poček“ to be conducted in Slovenia on 22 September. It has engaged the members of the U.S. Army, the Slovenian Armed Forces, the Croatian Armed Forces (“Gromovi“ Battalion of the Guards Motorised Brigade Gromovi and“Pume“ Battalion of the Guards Armoured Mechanised Brigade respectively), of the U.S. Army and of the Slovenian Armed Forces.
The Exercise is taking place for the seventh consecutive year, concurrently in Croatia, Slovenia and FR Germany, as underlined by Lt. Gen. Ostović. “The exercise conducted in Croatia engages nearly  900 members, among whom some 650 from the combat forces. The computer-assisted part is conducted in the Simulation Centre in the Croatian Defence Academy. The Exercise is focussed on practicing joint operation in an international environment in order to optimise the performance in concrete missions“, said General Ostović.
The visitors also observed the the Tactical Operational Centre, the use of the DISE training system and the ground medical unit practice and the defence preparations at the company-level. 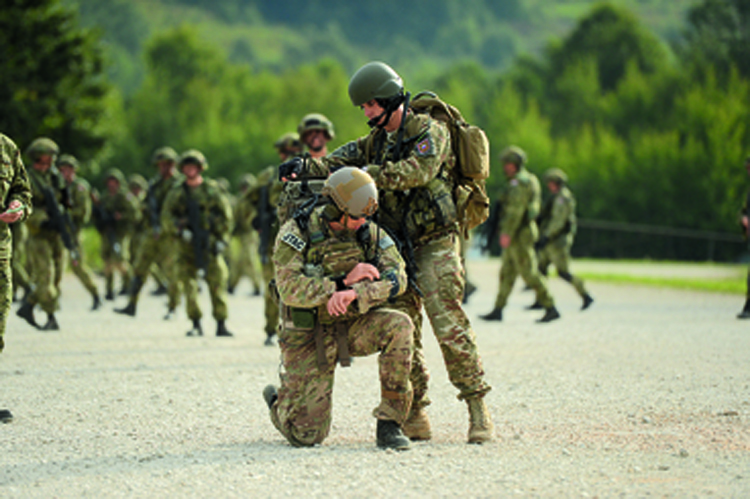 The Commander of the 1st Brigade of Slovenian Armed Forces and co-director of the Exercise, Brigadier General Urbanč expressed satisfaction over visiting the Training Range and the Slovenian forces taking part in an exercise jointly with the partner forces. The Croatian co-director, Colonel Denis Tretinjak stressed that the participating forces were represented evenly at all training sites, under the supervision of the U.S. and Slovenian evaluators, ensuring multinationality at all levels.
The U.S Co-director was Colonel William R. Glaser, the Director of the Joint Multinational Training Command “Grafenwoehr”, FR Germany.
“Immediate Response 15” is a multinational exercise aimed at promoting regional stability, enhancing the partnership and the interoperability of the armed forces of the participating NATO and partner nations (namely Croatia, the United States, Slovenia, Albania, Bosnia and Herzegovina, Kosovo, Macedonia, Montenegro and the United Kingdom).