Back to homepage »
Share:
“Operation Maslenica marked a key strategic turning point in the Homeland War. It strengthened the faith of the Croatian defenders and all Croats in the victory of the Croatian Armed Forces and demonstrated unity, strength and readiness to bring the Homeland War to an end and liberate Croatia at last,” Minister Krstičević said 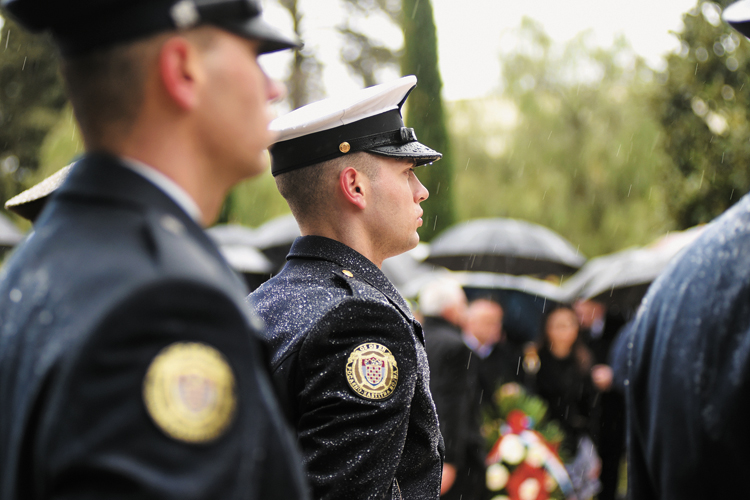 The 26th anniversary of Operation Maslenica, one of the first great liberation operations by the Croatian Armed Forces and the police, was marked in Zadar on 21st January 2019. That military offensive marked a turning point in the course of the Homeland War; in just 72 hours, all three branches of the Croatian Armed Forces liberated almost a hundred square kilometres of occupied area. 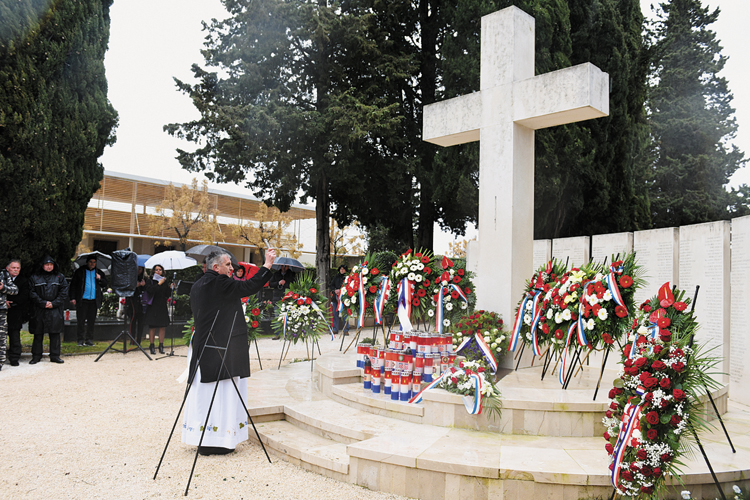 In remembrance of those historic days, a reveille song was played on the streets of Zadar from early morning hours, while state delegations paid respects to fallen Croatian defenders and laid wreaths under the central cross on the City Cemetery of Zadar.

Further wreaths were laid by the representative of Croatian counties, towns and municipalities as well as by the representatives of the Homeland War veterans’ associations. Wreaths were also laid on the memorial monument of the 3rd Battalion of the 4th Guards Brigade “Imotski sokolovi” (“The Falcons of Imotski”) and on the memorial monument for the fallen defenders from Zadar County.

On the occasion of the 26th anniversary of Operation Maslenica, Defence Minister Damir Krstičević thanked all Croatian defenders on the successfully conducted operation and on the sacrifice they made for Croatia. 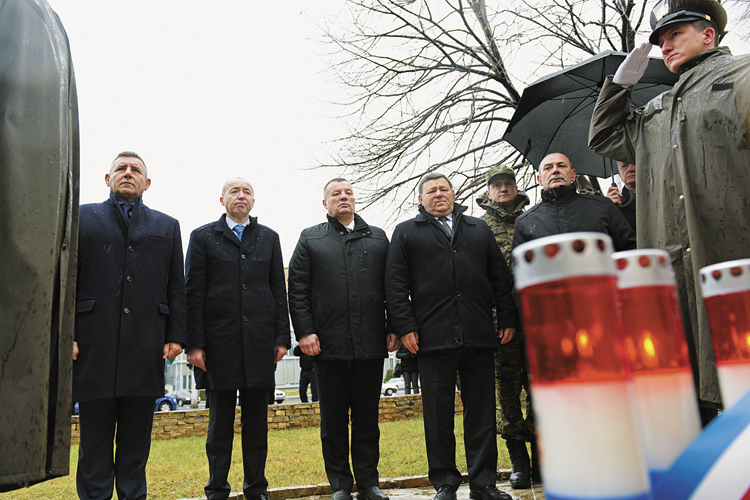 Krstičević pointed out that Operation Maslenica had been a strategic turning point in the Homeland War for three reasons: “In terms of organization, the operation demonstrated that we had reached a level of organization and equippedness which enabled us to conduct complex military operations. In terms of strategy, we showed the world that we could liberate occupied territories by ourselves and helped our political leaders consolidate their positions. Operation Maslenica strengthened the faith of the Croatian defenders and all Croats in the victory of the Croatian Armed Forces and demonstrated unity, strength and readiness to bring the Homeland War to an end and liberate Croatia at last,” Minister Krstičević said.

Lieutenant General (Ret.) Ante Gotovina also recalled Operation Maslenica, stressing that it had been the first liberation operation of the Croatian Armed Forces and that its objective had been to reconnect the Croatian north and south as well as to push away the enemy forces that had jeopardized Zadar, Biograd, Šibenik and other places along the Croatian coast. On that day, all young men who had sacrificed their lives in the Homeland War and in that operation in particular were remembered, for, as Ret. General Gotovina pointed out, we had them and their self-confidence to thank for the independence, safety and freedom that we enjoyed in the present.

The Minister of Croatian Veterans Tomo Medved also expressed his pride with the success of Operation Maslenica. He emphasized that the operation had been important for Zadar and its inhabitants because of the strong message it had conveyed to the Croatian people and the international community – that the Croatian Armed Forces were capable and would ultimately liberate the Croatian territory. 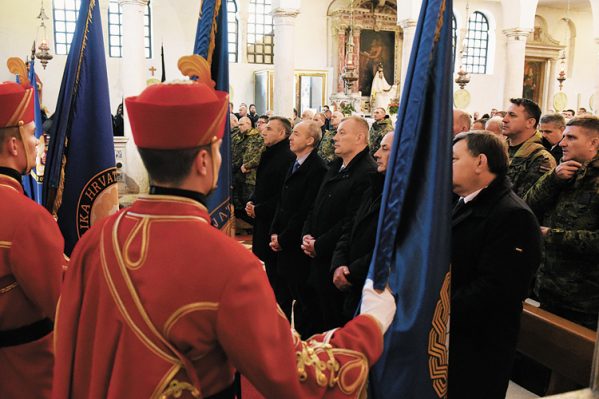 The commemoration of the 26th anniversary of Operation Maslenica was continued with a Holy Mass in St. Simeon’s Church, which was celebrated by Mons. Josip Lenkić, the Vicar General of the Archdiocese of Zadar. In Rector’s Palace in Zadar, Ante Nazor, the Principal of the Croatian Memorial-Documentation Centre of the Homeland War, presented the book The Homeland War – An Outline of Political and Diplomatic History.

In the afternoon hours of the same day, another valuable book was presented at the University of Zadar: proceedings titled Medical Services in Zadar and the Defence of Zadar in the Homeland War in 1991.

A march of Homeland War veterans’ associations and a memorial marathon on the Maslenica-Posedarje-Novigrad route were held the day before the central celebration.