Back to homepage »
Share:
The participation in international exercise Astral Knight alongside fellow pilots from Italy, Slovenia and the USA was an opportunity to evaluate, confirm and strengthen the Croatian Armed Forces’ capabilities…

Organized by the United States Air Force in Europe (USAFE), the central part of international military exercise Astral Knight 19 was held from 3rd to 6th June 2019. The exercise aimed to integrate air and missile defence of a key terrain. The training combined flying operations with computer-supported scenarios. The primary location of the exercise was Aviano Air Base in Italy, but parts of the exercise took place in Croatia, Germany and Slovenia, as well.

Beside U.S. pilots, soldiers and sailors, the exercise’s participants also included members of the armed forces of Croatia, Italy and Slovenia. The joint objective was to enhance the command and control integration, the co-ordination and interoperability of air, land and maritime capabilities as well as the integration of overlapping operations into air and missile defence. 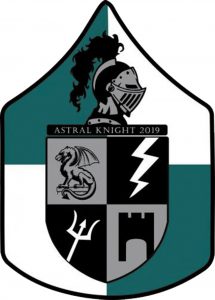 In Croatia, aircraft flew above the Istrian peninsula and the islands of Cres, Krk and Lošinj in the North Adriatic basin as well as above open seas from the island of Dugi otok to Italy. The Croatian Air Force contributed to the exercise with two MiG-21 aircraft belonging to the 91st Air Base’s Combat Aircraft Squadron. A part of the opposing force (OPFOR), the aircraft took off from Lt. Col. Mirko Vukušić Barracks in Zemunik Donji near Zadar. Of other air forces’ aircraft, the most attractive ones were fifth-generation Lockheed Martin F-35A Lightning multirole combat aircraft. For the purposes of the exercise, Americans installed the MIM-104 Patriot surface-to-air missile system north of the Slovenian coastal town of Koper.

“The participation in such a large, significant exercise gave us an opportunity to evaluate, confirm and strengthen our capabilities,” said the Commander of the Combat Aircraft Squadron Lieutenant Colonel Christian Jagodić. After confirming that his squadron had successfully conducted all of their missions within the exercise, Lieutenant Colonel Jagodić commended the team’s  pilots and technicians as well as others who supported the entire mission from changing the base in Zemunik Donji to the final flights in the exercise. 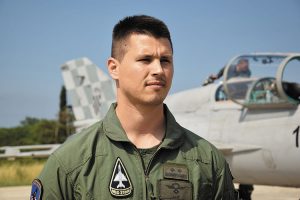 One of the exercise’s youngest participants, First Lieutenant Šime Alić said he was honoured to take part in the exercise and present Croatia to other participating countries. “I was fully focused on the missions assigned to me because I wanted to contribute to the success of the exercise to the best of my abilities. This has been a big, invaluable experience and the best imaginable training for a combat pilot. It was quite an experience to fly with pilots from other countries and to conduct tasks together,” emphasized First Lieutenant Alić.

Aircraft and Air-Defence Systems in Exercise