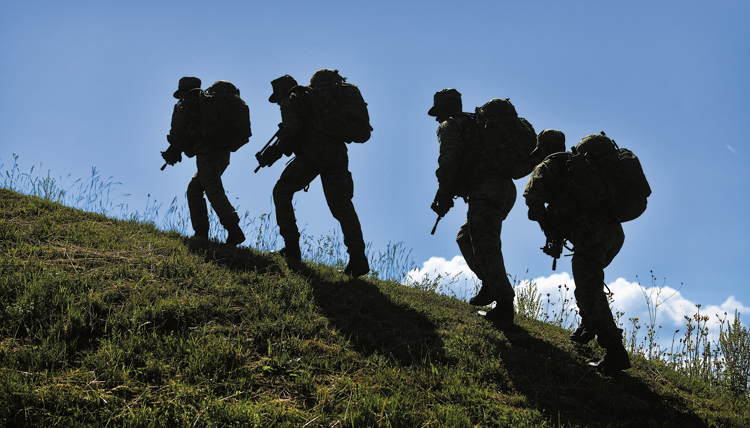 The Course will conclude with a march to Knin, where the trainees will be presented with badges and diplomas, ahead of the ceremony marking the 25th anniversary of Operation “Storm“.

The second pilot training programme includes officers too and trainees from various units, to include the Croatian Navy, the Military Police Regiment, the Engineer Regiment and the IMOTC, and the training programme itself has been adjusted, based on the lessons learned from the first pilot-programme, referred to as such to adjust it to the needs of the Croatian Armed Forces“, says the Commander of the Training Centre Colonel Kasumović. The training programme no longer includes individual tasks but the focus has been placed on joint tasks  favouring the development of leader skills.

The objective of the Course is to instruct the trainees to plan and organise training events in their units on their return, with full respect of security measures and to design interesting and demanding events to raise the motivation. The Course will conclude with a march to Knin, where the trainees will be presented with badges and diplomas, ahead of the ceremony marking the 25th anniversary of Operation “Storm“. 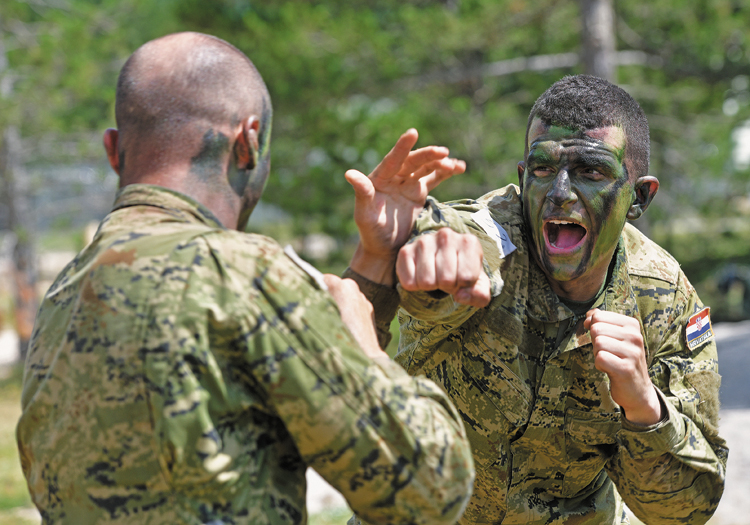 The 6-week training is divided into three phases – adaptation and basic military skills refreshment in the first phase, followed by more complex tactics, technics and procedures, which include the  overcoming of water obstacles and combat diving, and place the trainees in new settings,. The trainees are expected to overcome the  water barrier with their equipment on and complete the assignment . The second phase is conducted on the lake Sv. Rok , while some trainees will concurrently practice  assignments in the training range at Udbina (small arms handling, advanced shooting techniques, situational and instinctive shooting, as well as close combat and urban warfare, and an exercise with a helicopter and the fast rope procedure.  The trainees will practice planning, conduct and post-action analysis on a daily basis to master the troop leading procedure as the basic tactical tool for task planning. They will be assigned as leaders – platoon or squad commanders. The troop leading procedure is unique and applies to any unit. The commander/leader has to lead by his/her own example and achieve goals in order to be trusted and followed by the troops. This is the underlying mission of our Centre. Most young officers and NCOs here are too young to be able to take part in the Homeland War or in peace missions, and only our  Centre offers them the experience of close combat, through simulation“, says Commander Kasumović.

The trainees are constantly in a simulated combat environment and their routine includes alert, preparation, task reception, marches and physical exercise.   Asked about the feedback from the first group of trainees, Colonel Kasumović says their commanders confirmed their performance significantly improved upon the return to their units. We offer unit  leaders with the opportunity that they have no time or resources to exercise in their units with their subordinates. The focus here is placed on training.  We are ready at all times to assist the former trainees too, as our goal is that they continue operating as they did during their training here, which is the way to enhance readiness and trainedness of our soldiers. The trainees shared their impressions with us during a pause from the rope descending exercise.  The training is intensive and demanding, but as such is an excellent opportunity to make further progress. “I have undergone intensive training programmes during my 14 years of service in the Croatian Armed Forces for 14 years and this one exceded my expectations, both in physical and psychological terms, but our instructors have enviable expertise and taught us so many things we knew nothing about. I applied for the training in order to acquire new expertise and continue developing. I belong to the platoon “Žuti mravi“, and we fight side by side; if anyone of us fails, we all fail, so we support each other“, says Staff Sergeant Kokić, a member of the Infantry and Armoured Training Centre, who called on all NCOs and officers to apply for the Leadership Development Course to hone the skills they will need in their military careers.  “However hard the training, if you work hard and have the support from your colleagues, you can overcome any obstacle“.