Back to homepage »
Share:
Many human lives were lost in the Homeland War, but the number of casualties would have been much larger had it not been for medical nurses and technicians who selflessly spent days and nights saving the lives of soldiers and civilians in hospitals and on the battlefield. After more than a quarter of a century, they have compiled their testimonies into a book… 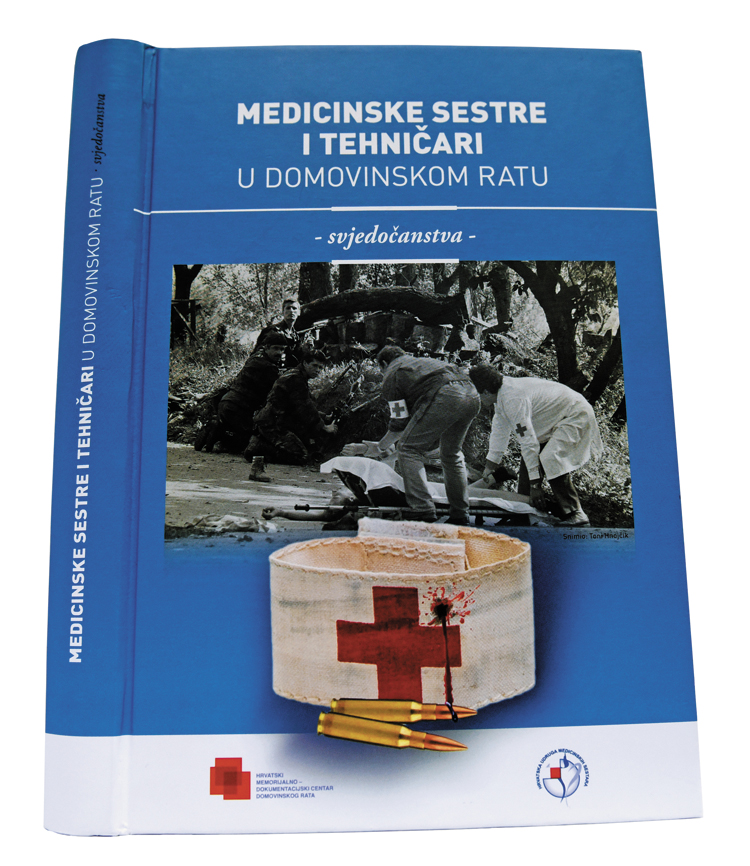 Although the history of humanity has been marked with wars, the important role of medical nurses and technicians in warfare become known rather late in its course. It was only thanks to Florence Nightingale’s (1820 – 1910) selfless work in the Crimean War (1853 – 1856) that the world learnt that warriors were not the only actors in a war. In many wars that have followed since, nurses have provided aid, comfort and hope to casualties. Once a war was over, they published their testimonies and thus introduced the world to a different side of warfare. Medical nurses and technicians also gave their all to save as many lives as possible in the Homeland War. However, it was only recently that they compiled their testimonies and published them in a book titled Medical Nurses and Technicians in the Homeland War.

The path to the book’s publication began in 2016. The original idea was that all medical nurses and technicians who participated in the Homeland War should team up and share their experiences with the general public.

“Medical nurses and technicians contributed greatly to the Homeland War, but the Croatian and world public know nothing about that,” explains First Sergeant Mirna Ignac, an employee of the Military Medical Centre and an author of one of the testimonies. She joined the war as a 22-year scrub nurse in Karlovac General Hospital, where she worked in 1991-2, before transferring to the Croatian Defence Academy in 1994. She was one of 120 nurses who were present at the inaugural meeting of the Society of the Nurses of the Homeland War, a society within the Croatian Nurses’ Association.

The foundation of the Society and the participation in its activities brought back long suppressed memories and aroused the wish that the Society’s members share their experiences with the public. They began organizing symposia under the motto “So that the nineties are not forgotten”. The symposia are held in cities around Croatia and the members of the Society from the host city share their experiences with their colleagues and the interested public. An essential part of every symposium is the unveiling of a memorial tablet dedicated to all medical nurses and technicians of the Homeland War from the host city. Additionally, the members of the Society have participated in congresses organized by the Croatian Nurses’ Association and other symposia, visited secondary schools, staged exhibitions, appeared in television shows and even travelled to Japan so that they could share their experiences with a nation on the other side of the world.

In spite of all these activities, nobody thought about compiling their testimonies into a book for a long time. Ante Nazor, the Head of the Croatian Homeland War Memorial and Documentation Centre and a co-publisher of the book, roused the members of the Society to write by telling them: “If it is not on paper, it did not happen!” The members of the executive committee soon afterwards fell to work and collected testimonies from the colleagues in their cities.

“All nurses in Croatia agreed that it was necessary to preserve our testimonies for future generations. Events from the Homeland War must not be forgotten,” First Sergeant Ignac says. The members of the executive committee sent the testimonies which they had collected editor Željka Križe, who compiled them into a single book. 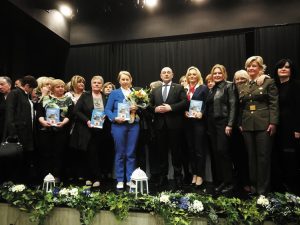 The books’ 336 pages contain 90 testimonies and six stories written by 106 authors. Most of the testimonies are accompanied by private photographs taken during the Homeland War. In the book, medical nurses and technicians describe how they nursed their patients, both soldiers and civilians, both young and old. They did not restrict themselves only to their trade, but also performed the duties of a physical therapist, a midwife, etc. They travelled to other cities and some of them even joined the war as members of war brigades. Some nurses shared the excerpts from their private diaries in which they vividly describe everything they saw and heard and felt and smelt at the time. Some of today’s members of the Society were still underage when the Homeland War forced them into exile. However, they did not shrink from recalling that tragic part of their childhood and depicting the war from a child’s point of view. An interesting part of the book are testimonies which were left behind by deceased medical nurses and technicians in hope that they might see the light of day eventually.

All authors of the testimonies have a reason to be proud of themselves. Although they do not hold veteran status, they helped defend their homeland with their selfless work. “Nurses defended their cities to the best of their abilities, by selflessly doing their job and nursing soldiers. We worked at full speed, full of hope and faith. We did not notice that our lives were in jeopardy nor did we think about that,” says First Sergeant Ignac. “The book describes some good times, but also some difficult times for which one ought to tip one’s hat to nurses and technicians and thank them from the bottom of one’s heart. It took them a lot of courage to give up a part of their life, do the job and write a testimony about it later on.”

Indeed, it took a lot of courage to recall events that many think are best forgotten because the memories are just too painful. However, they ought to be talked about so that younger generations could fully appreciate living in a free country. Ante Nazor said it best at the presentation of the book in Pakrac: “These stories and these memories will help our children recognize what it means to be patriotic, humane and selfless even in the most difficult times.”

The publication of this book is the first of many activities that the Society of the Nurses of the Homeland War has planned for 2019.

In June, the members of the Society will share their testimonies about nursing children in the early 1990s at a symposium that will be held as a part of a congress organized by the Croatian Nurses’ Association. However, even bigger news is that the sequel to the book is already in the making. The members of the executive committee are diligently collecting testimonies not just from medical nurses and technicians, but also from physical therapists, midwives and doctors with whom they teamed up to treat patients. First Sergeant Ignac invites all nurses, technician, physical therapists, midwives and doctors to put their stories on paper and join this commendable campaign: “Everyone who contributed to the Homeland War, invested effort into it and was saddened and hurt by it ought to be a part of this story about courage and selflessness. Medical nurses and technicians committed great, heroic deeds in the Homeland War. They ought to recall those deeds and be proud of themselves.”

Text and translation by IVA GUGO