Back to homepage »
Share:
“Vukovar is a symbol of the suffering, and of the freedom and togetherness of Croatia” “Vukovar – a Place of Special Piety” was the motto of the ceremony commemorating the Vukovar 1991 Remembrance Day on 18 November 2017, gathering visitors from all over Croatia and […]

“Vukovar is a symbol of the suffering, and of the freedom and togetherness of Croatia” 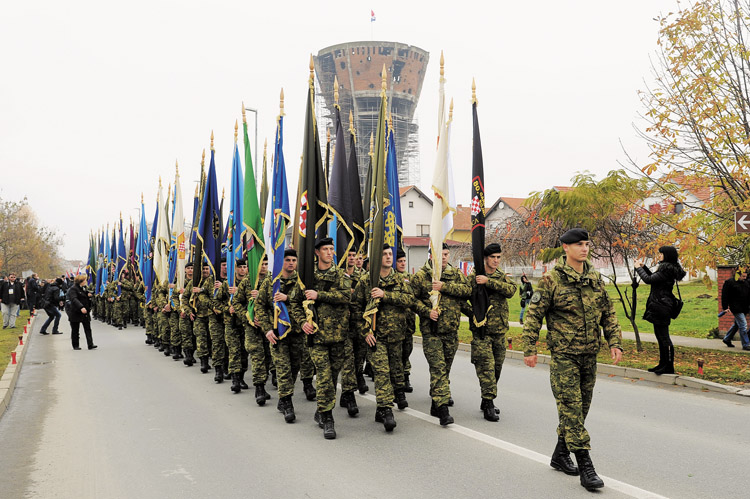 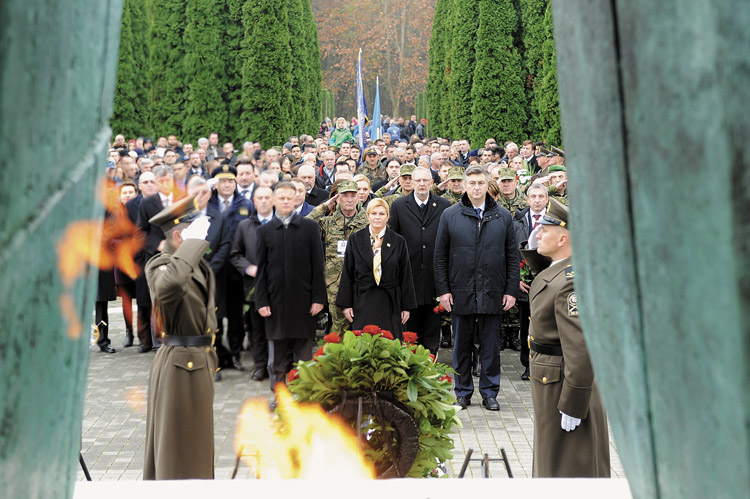 The commemoration continued with the traditional Memorial March, led by the defenders of Vukovar and family members of the fallen, executed and missing defenders, followed by the members of the Guards Armoured Mechanised Brigade bearing flags of the Republic of Croatia, of the Vukovar-Srrijem County and of the Town of Vukovar, and the flag of the 204th Brigade (the Brigade of Vukovar) was carried by Lt. (Ret.) Antun Dugan; the Mayor of Vukovar Ivan Penava and state officials, the delegations of the counties and towns of Croatia, the representatives of the Diplomatic Corps accredited to the Republic of Croatia, of the Catholic Church and other religious communities in Croatia and thousands of citizens visiting Vukovar to pay respects to the victims of the Greater Serbian aggression.
The elementary school students had lighted candles along the Way of the Cross from the Vukovar Hospital to the Memorial Cemetery of the Victims of the Homeland War. Upon the arrival to the Cemetery the visitors, among whom many members of the Croatian Armed Forces and of the Ministry of Defence, paid respects at the tombs of the the fallen and deceased defenders and civilians, and state officials, the representatives of the Ministry of Defence, the Ministry of the Interior, the Ministry of Homeland War Veterans , of the Croatian Armed Forces and of the defenders associations laid wreaths and lighted candles for the victims at the central Memorial Monument . The mass for the victims of the Homeland War was recited by the Bishop of Požega Mons Antun Škvorčević, who recalled the suffering of Vukovar during the war , the victims and also the heroic acts of the defenders at the tombs of the fallen and deceased defenders, called for the respect and admiration for the sacrifice of Vukovar and also for the promotion of mutual trust, respect and pardon (aided by the Catholic and Orthodox Church and politicians) instead of hatred. 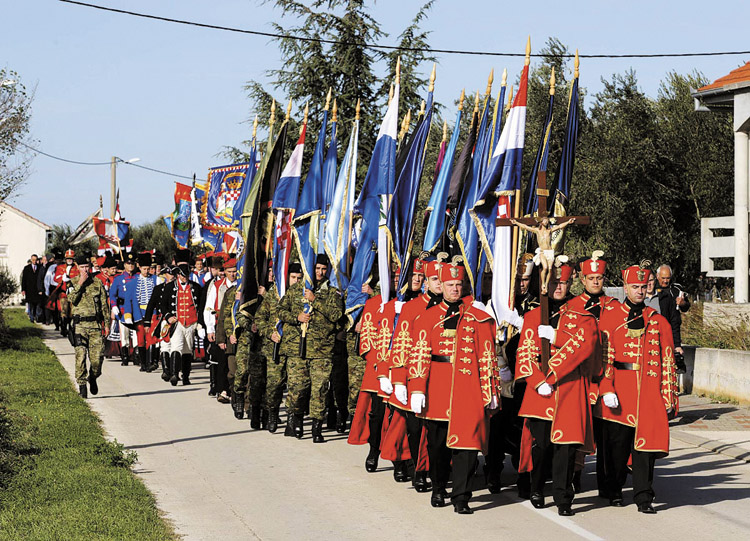 “Škabrnja is Croatia’s pain and pride; Škabrnja and other places of execution in the Homeland War are a testimony of the price paid for the freedom, and of the painful and blood-stained truth about the Homeland War, which we must keep from altering, and swapping the roles of the victims and perpetrators. We will keep it in memory, not for the sake of revenge but because we know where our roots are, and because by learning from history we also build Croatia as our sole homeland” Croatia, “said the Defencee Minister Damir Krstičević on 18 November 2017, during the commemoration of the 26 anniversary of the massacre at Škabrnja during the Homeland War.
The anniversary was marked by the traditional memorial march and commemorative ceremony, attended by Ivan Vukić as the Envoy of the President of the Republic as the Supreme Commander of the Croatian Armed Forces, the Deputy Speaker of the Croatian Parliament. 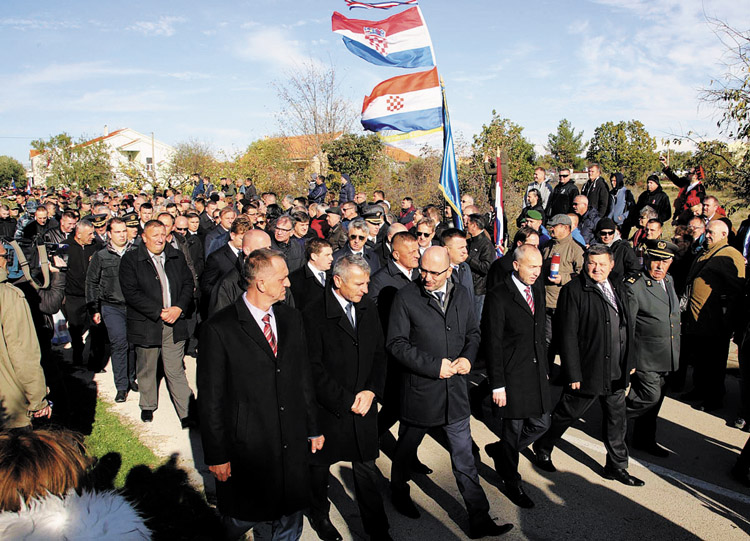 Milijan Brkić, the Deputy Prime Minister and Defence Minister Damir Krstičević, the delegation of the Croatian Armed Forces and of the Croatian Generals’ Association, many state and military officials, Croatian defenders, representatives of the associations from the Homeland War and the residents of Škabrnja and many visitors from throughout Croatia coming to pay respects to its victims.
The participants marched along the street of Škabrnja named in remembrance to the massacre (Ulica 18. studenoga 1991) to the Memorial Monument and the Mass Grave, where the Union of Associations of Civilian Victims of the Homeland War laid wreaths on behalf of all delegations.
The mass for the fallen and deceased in the Homeland War was recited by the Military Ordinary Mons. Jure Bogdan in the Church of the Assumption of the Blessed Virgin Mary at Škabrnja, followed by a commemorative ceremony and the wreath laying at the Memorial Monument to the Fallen in the Homeland War. On 18 November 43 civilians were killed in Škabrnja, which lost a total of 86 residents in the Homeland War. The wartime commander of defence of the municipality was Marko Miljanić