Back to homepage »
Share:
Vukovar – the place of special piety on 18 November commemorated the 24th anniversary of the tragical occupation  Tens of thousands of visitors coming from throughout Croatia and abroad paid respects to the heroic town, its defenders and all victims.  The commemoration ceremony began […]

Tens of thousands of visitors coming from throughout Croatia and abroad paid respects to the heroic town, its defenders and all victims.

The commemoration ceremony began in the Vukovar Hospital courtyard, and was attended by the President of the Republic, Kolinda Grabar-Kitarović, the Speaker of the Croatian Parliament, Josip Leko, the Prime Minister, Zoran Milanović and the ministers of the Croatian Government, the delegation of the Croatian Ministry of Defence and the General Staff of the Croatian Armed Forces, headed by the Chief, General Drago Lovrić, the representatives of municipal and county authorities.

The ceremony (the performance by the Croatian Navy Vocal Ensemble “Sveti Juraj“ and a memorial recital), the messages sent and the minute of silence observed honoured the defenders of Vukovar , the symbol of freedom.

The commemoration traditionally featured the march of the visitors along the route from the Vukovar Hospital to the Memorial Cemetery of the Victims of the Homeland War in Vukovar; the column was headed by the members of the Association of the children of the fallen and missing defenders from the Homeland War, the veterans of the Brigade of Vukovar and the associations of defenders from Vukovar.  The column was united in pride and gratitude, evoked the sufferings endured 24 years earlier . 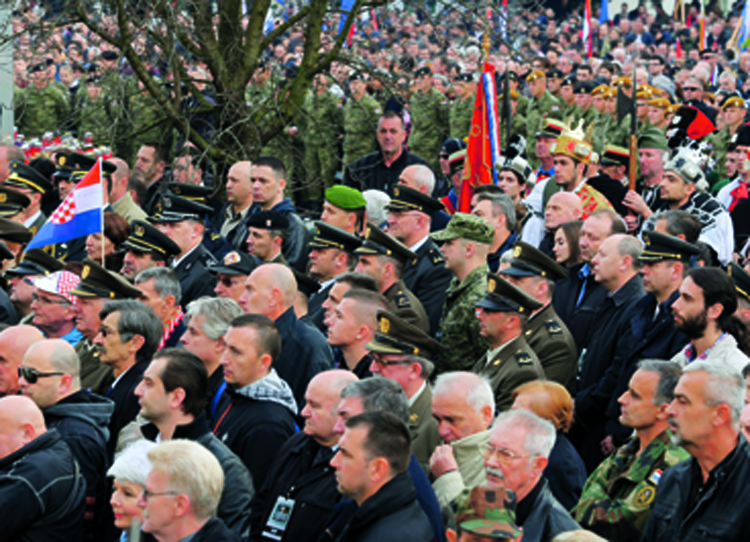 The traditional mass at the Vukovar Cemetery was served by Mons. Želimir Puljić, the archbishop of Zadar and the Chairman of the the Croatian Bishops’ Conference “We are here to commemorate, as we always do on 18 November, the tragic fate of the town of Vukovar and the village of Škabrnja, the long column of exhausted residents of Vukovar forced to leave their town and the horrifying massacres committed in the Vukovar Hospital and at Ovčara by the aggressor having seized the town“. Mons. Puljić praised the much-needed unity , pride and respect manifested by the numerous visitors to  Vukovar and Škabrnja  and extended respects to the families of the fallen defenders.

The wreaths were laid and candles burned on the graves of the fallen defenders and at the central cross of the cemetery, as well as at the Ovčara Memorial Site.

It is on the same day that the village of Škabrnja in the Zadar County  commemorates the war atrocities committed against the villagers and defenders by the Serbian aggressor in 1991. 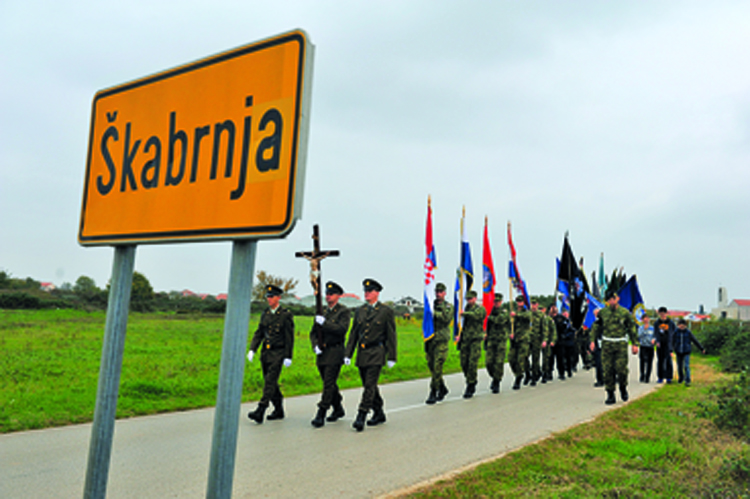 The commemoration programme was opened by the Union of associations of civilian victims from the Homeland War laying wreaths on behalf of all delegations the Mass Grave Memorial Site of Škabrnja,  followed by the mass served in the parish church of the Assumption of Our Lady by bishop of Lika-Senj County,  Mons Mile Bogović, who reminded of the terrors of war suffered on the day by the towns of Vukovar and Slunj and the village of Škabrnja and warned againts revenge and hatred.

The village had been previously visited by the President of the Republic, Kolinda Grabar-Kitarović, who had met with the fallen defenders’ families, and paid respects at the Mass Grave Memorial Site and at Central Cross at the Saint Luke Cemetery.