Back to homepage »
Share:
Having run for 305 km in 37 hours, the participants of the 3rd Memorial Ultramarathon ”From Vukovar to Sunja”  on 21 June reached their destination and brought a candle to pay respects to the fallen Croatian defenders in the Homeland 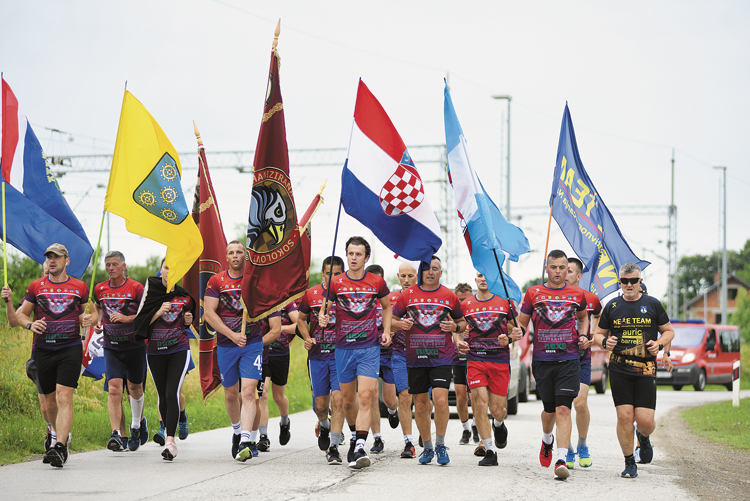 The start line of the Memorial Ultramarathon was in Vukovar, near the Cross by the Danube, and the runners arrived to Sunja on 21 June, carrying the candle as the symbolic light of Vukovar

Having run for 305 km in 37 hours, the participants of the 3rd Memorial Ultramarathon ”From Vukovar to Sunja”  on 21 June reached their destination and brought a candle to pay respects to the fallen Croatian defenders in the Homeland

The 3rd Ultramarathon was organised at the initiative of the Association of Recreational Running Nexe Team from Našice too, in cooperation with the Croatian Armed Forces, the Municipality of Sunja, Našice and the Osijek-Baranja County.  The participant turnout has grown year by year, so year’s event gathered experienced runners, recreational runners, veterans of the Homeland War and disabled soldiers, members of the units of the Croatian Armed Forces. Put differently, the 2020 Ultramarathon brought together the runners who defended Croatia, Vukovar and Sunja and the runners born much later.  The marathoners were warmly welcomed everywhere along the route and some residents even joined them running shorter laps.

Candle at the Vukovar Water Tower

The value of the Homeland War

The start line of the 3rd Memorial Ultramarathon was in front of the Cross near the Danube in Vukovar, on 19 June 2020. The Commander of the Guards Armoured Mechanised Brigade Brigadier General Mijo Validžić congratulated the Association of Recreational Running Nexe Team from Našice on organising the marathon, which passes on the values of the Homeland War onto young generations.

”The sacrifice of the fallen defenders must never fall into oblivion. We, members of the Croatian Armed Forces are honoured to take part in the event of the kind and we pledge support to you”, said Brigadier General Validžić. 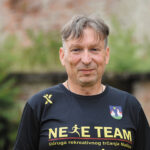 The Association Nexe Team organised the Memorial Ultramarathon, with the town of Našice, the Sunja Municipality, the Association of the Volunteers of the Homeland War of the Sunja Municipality, the town of Vukovar and the Croatian Armed Forces as partners. We had an excellent turnout and it was a magnificent event, with a number of runners, four of whom ran over 100 km, which is a great success. 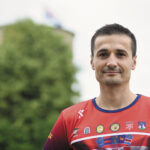 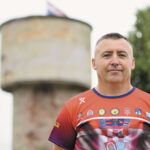 I took part in the Homeland War as a member of the Recce Company of the 107th Brigade from Valpovo, and later a member of the 3rd Guards Brigade. I dedicated my first memorial race, from  Beli Manastir – Belišće, three years ago,  to my friends from the 107th Brigade who lost their lives in the Baranja Operation  on 3 April  1992. I have taken part in all memorial races for the fallen veterans since then I met most of the participants earlier. They are a great team, true friends, defenders and patriots. Some of them have disabilities but still run with us. Running with all them makes me proud and happy, and I am especially glad to see young people run with us. I wish they kept the marathon going after us. 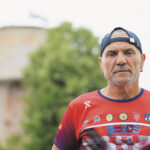 Duško Štrbac, a volunteer and veteran of the Homeland War

I am 62 years old, I was a volunteer and a veteran of the Homeland War, when I was wounded and I now have a 50% disability. I also lost my brother to the Homeland War and I dedicate all my races to him and other fallen defenders. I started running and training 21 years ago, and throughout the period I have run over 75,000 miles. Running for me is self-healing, a prayer and my way of the Cross.

I was born in Sunja, I live there and would give everything I own for it. Three years ago, when Tomislav Gall announced the first race from Vukovar to Sunja I registered immediately. I wanted to run the race although I had never run over 10 km before. On joining the memorial marathon from Vukovar three years ago I knew nothing about running ago, but I made it! And now, three years on I have run over 100 km and I am overwhelmed with emotions! I was born in 1987 and have vivid memories of the war.