Back to homepage »
Share:
The process of peaceful reintegration of the Croatian Danube region began on 15 January 1996, with the adoption of the Resolution 1037 which established UNTAES 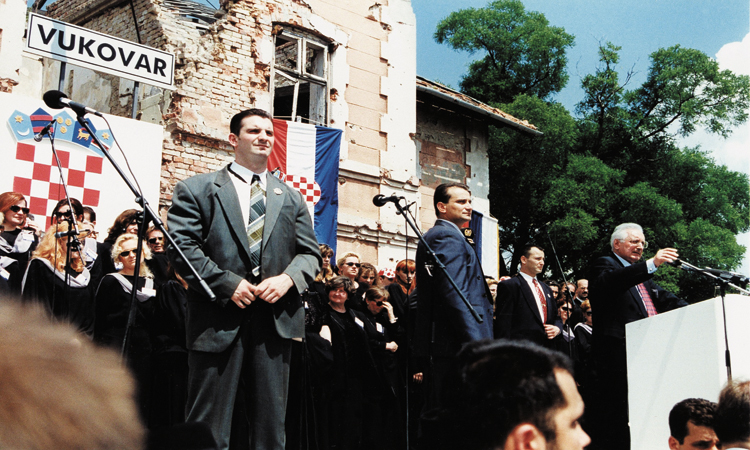 The armed aggression against Croatia by spring 1995 left a horrid toll, with nearly a quarter of the national territory, previously inhabited by half million people occupied, thousands of killed, forcedly expelled and missing  and with billions USD worth material of – about a quarter of the state was occupied, with about half a million people living before the war. The death toll, the number of people who were abducted and missing were counted in the thousands, hundreds of thousands were exiled and material damage was estimated in the billions of dollars. Encouraged above all by the inefficiency of the international peacekeeping forces, the Republic of Croatia decides to gradually liberate its territory.

Following the successful completion and fulfilment of objectives of the military and police operations “Lightning“ and “Storm“ only the easternmost part of Croatia – the Croatian Danubian Basin – remained under Serbian occupation. Marked as one of crucial goals, given its geopolitical and geostrategic importance and location near the important communications network and its economic and human resources the Croatian Danubian Basin was a constant target of Serbian aggression and a place of fierce conflicts, resulting in huge human and material loss.

The course of events across the battlefields in Croatia and Bosnia and Herzegovina, the stance of the great powers and perfectly clear message of the Croatian  leadership’s and of the Croatian Army’s determination to liberate the entire Croatian territory led the Serbian side to accept the agreements side agreed to agreements on and soon afterwards its reintegration into the constitutional and legal order of the Republic of Croatia was defined by the Basic Agreement on Eastern Slavonia, Baranja and Western Srijem, also titled the Zagreb-Erdut Agreement. It was a first step towards peaceful reintegration of the occupied territories of the Republic of Croatia. The Croatian and Serbian sides signed it on November 12, 1995 – the Croatian side in Zagreb and the Serbian side in Erdut.

The agreement was brokered by the U.S. Ambassador to Croatia Peter Galbraith and by the Vice-President of the International Conference on the Former Yugoslavia Thorvald Stoltenberg. The signatories were Hrvoje Šarinić for the Croatian Government and by the Minister  of Foreign Affairs of the Republic of Yugoslavia, Milan Milanović for the Serbian side respectively. The 14-point Zagreb-Erdut Agreement delineated the  areas where, with the support of the UN, the two sides were going to co-operate during the transition period to fully implement the peaceful reintegration process. 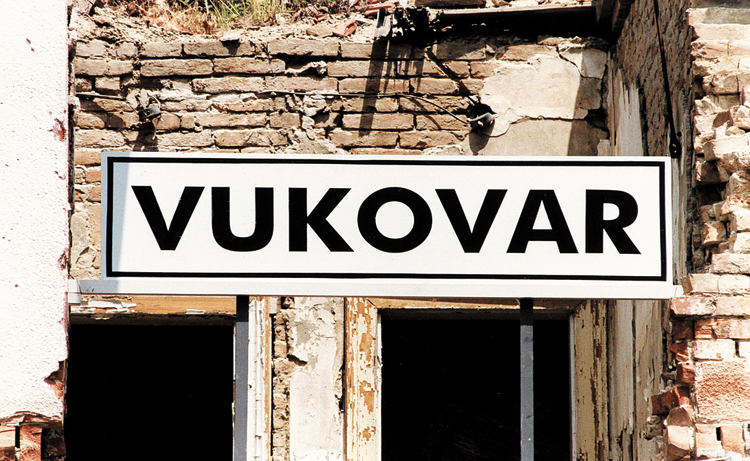 The agreement entailed demilitarisation of the area, the return of refugees and displaced persons, the establishment and training of temporary police forces and the normal functioning of all public services, trust building between the ethnic communities, the respect for internationally recognized human rights and fundamental freedoms,  the restitution of property seized through unlawful acts or compensation for damage. etc. A transitional 12-month period was set extendable for another 12 months at the most.

Through the Erdut Agreement, the UN Security Council established the UN Transitional Authority in Eastern Slavonia (UNTAES). The process of peaceful reintegration of the Croatian Danube region began on 15 January 1996, with the adoption of the Resolution 1037 which established UNTAES. The U.S. General (Ret.) Jacques Paul Klein was been appointed UNTAES chief of staff, succeded by William G. Walker from 1 August 1997 onwards.

Peaceful resolution of the war

This enabled  thousands of exiled Croatians to visit cemeteries in places under the control of the UN Interim Administration for All Saints Day  1996 for the first time since they had been expelled from their homes.

On June 8, 1997, President of the Republic of Croatia dr. Franjo Tuđman arrived to Vukovar aboard the Peace Train. As early as July, the official return of displaced persons and refugees begins, and border crossings are established according to the then Federal Republic of Yugoslavia.

The process of peaceful reintegration was concluded on 15 January 1998, when the Croatian Danube Basin was restored under the territorial, monetary, customs and legal order of the thereinafter  sovereign and integral Republic of Croatia.