Back to homepage »
Share:
On 9 March 2021 the Procurement Plan for the year 2021 was presented in the Ministry of Defence of the Republic of Croatia, and representatives of Croatian defence industry were assigned with contracts for the procurement of equipment and assets for the needs of the Croatian Armed Forces 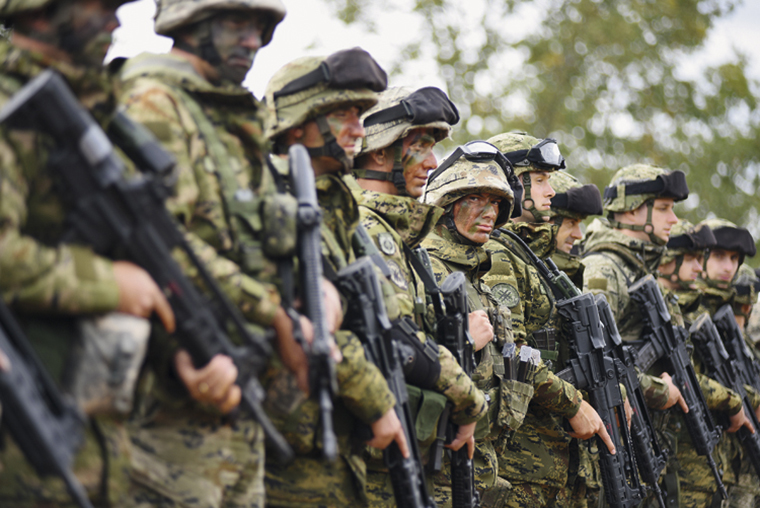 The presentation was attended by the Defence Minister Mario Banožić and by the Chief of the General Staff of the Croatian Armed Forces Admiral Robert Hranj, as well as by the representatives of the Croatian defence industry.

The funds allocated in the 2021 budget totalled HRK 4.801.780,350 HRK, of which 2.275.478,960 were allocated for the material purposes. “Our objective is to maintain the level of equipping at a level which will ensure normal operation of the defence system even in the challenging times we are going through”, said the Minister with regard to the pandemic and earthquake.

“This year 2021 is a period of consolidation and preparation for the upcoming period. I believe that we will be able to restore the economic growth we had in 2019”, said the Defence Minister.

Minister Banožić pointed out that the Procurement Plan for 2021 is essential for normal operation of the defence system and further development of the Croatian Armed Forces. 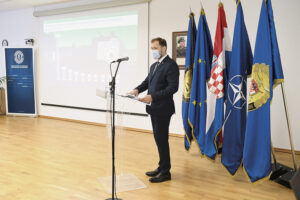 Addressing the 2021 Procurement Plan, which includes 865 procurement items worth ca 1.2 billion HRK, including multi-year contracts worth about 1.8 billion HRK, the Minister said that the funds would contribute to further development and strengthening the Croatian Armed Forces

“The 2021 budget and the current procurement project target the continued strengthening of the Croatian Armed Forces. Investing in the Croatian Army is investing in the security and future of all citizens. ” He added that Croatian soldiers are equipped with weapons and equipment from Croatian manufacturers which were of top-quality products.  The Minister expressed trust in continued co-operation in the coming years, in view of the new perspectives opened with the absorption of funds from the European Defence Fund. The Minister also said that the good practice of the Ministry of Defence with declassification of procedures continued into 2021, so all procedure met the criteria of the Public Procurement Act.  Reviewing the course of the procurement process in the Ministry of Defence, the Minister said that the process engaged a number of stakeholders in various segments of the procedure according to the competencies, thereby preventing conflict of interest and exertion undue influence.

Contributing to the economy

Željko Pavlin, the Chairman of the Board of Directors of the Company “HS PRODUKT” delivered address on behalf of the manufacturers and signatories of the contracts with the Ministry of Defence,  praising the excellent long-term co-operation and expressing appreciation to the Minister Banožić and the Ministry of Defence for extending the long tradition and practice of signing contracts with Croatian military equipment manufacturers early each year  despite the challenging time of the pandemic and reduced budget. Pavlin stressed that the funds invested into acquisition of products made in Croatia would ensure that the Croatian Armed Forces were equipped with quality products and kept pace with the world’s best militaries and would also ensure normal operation and development of new projects and products to retain their competitiveness in the world market and also fund the salaries for the employees. 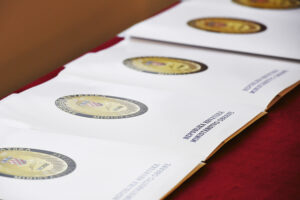