Back to homepage »
Share:
In the early morning hours of 22nd January 1993, the Croatian forces launched Operation Maslenica, in which they simultaneously liberated the Zadar hinterland with strait Novsko ždrilo and parts of Velebit as well as the area around the Peruća Hydroelectric Power Plant by Sinj (a total of about 1050 square kilometres). That was the first larger, in many ways unique Croatian operation in the Homeland War. In a way, it also marked a turning point in the course of the war 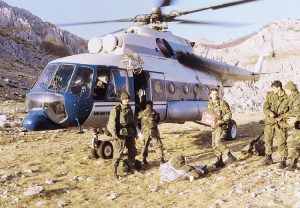 Although 26 years have already passed since Operation Maslenica, that turning point in the course of the Homeland War is remembered today proudly and with dignity due to its importance in multiple areas and everything it proved back then. A huge price was paid for that operation and the lives of numerous fallen Croatian defenders were woven in the victory that was achieved in it. In spite of that, a clear message was sent to the enemy: the Croatian Armed Forces had become ready and capable to liberate the Croatian territory.

The operation was planned under the code name “Pirate” and was executed in total secrecy. In just 72 hours, all three service branches of the Croatian Armed Forces liberated 92 square kilometres of occupied territory and achieved all main objectives of the operation. A key role was played by the 4th Guards Brigade as well as parts of the 1st, 2nd, 3rd and 9th Guards Brigade. Each of them contributed to the success of the operation and the preservation of attained combat positions, although some had just been formed, while others had been transferred to the battlefield from areas that were hundreds of kilometres of away and had been engaged into combat while on the move. The Forces of the Ministry of the Interior’s Special Police co-operated with them on harsh, snow-covered cliffs of Velebit and seized control of dominant elevations and lines of communications. The reserve brigades of the Croatian Armed Forces and Home Guard Regiments also contributed to the operation.

The Croatian Armed Forces and the police launched an attack from several directions and liberated Rovanjska, Maslenica, Novsko ždrilo, Podgradina, Islam Latinski, Islam Grčki and Kašić already on the first day. In the next few days, Air Base Zemunik and numerous places in the Zadar hinterland were liberated. Seizing control over the broader region around Velika Bobija, Mala Bobija, Tulove grede and Mali Alan was strategically important, for these were key positions on Velebit from which the Croatian forces could oversee Obrovac, Gračac and Benkovac. By the end of the operation, the entire so-called Pink Zone in the Zadar hinterland had been liberated and the strategically important territory in Novsko ždrilo had been secured. 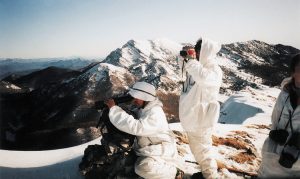 Although the operation’s main objectives had been achieved in a very short amount of time, the advancement of the Croatian forces to Obrovac and Benkovac had been halted on 25th January due to pressures form the international community. The enemy used the opportunity to reinforce its ranks and launch a counter-attack, which prolonged the battle for a few more days. However, the Croatian forces, reinforced by units transferred from Slavonia by helicopters, defended the attained battle lines. That had been the first helicopter landing of the Croatian Armed Forces’ units. Despite being larger in numbers, the enemy forces suffered a tactical and operative defeat. At the end of the operation, they resorted to a desperate attempt at vindictively breaking the dam on Lake Peruća on 27th January. Although 30 tonnes of explosives had been activated, the dam did not break. The catastrophe which could have been caused by the water wave was avoided. The Croatian Armed Forces prevented further enemy advancements and soon seized control of the entire territory. Unfortunately, human lives were not spared in the continuation of the combat in the broader territory of the Zadar hinterland which lasted until the end of March. A total of 127 Croatian knights sacrificed their lives for their homeland, whole further 158 men were injured.

Thanks to the readiness and the capabilities of the guards brigades and the Special Police in the execution of combat operations, success was guaranteed. It was in Operation Maslenica that the enemy forces suffered their first defeat out of many that would follow until their complete breakdown. The north and south of Croatia were reconnected. The traffic across Novsko ždrilo was resumed thanks to a pontoon bridge which was built not too far from the destroyed bridge as a replacement until the new Maslenica Bridge was erected. Hope and dignity were restored in Croatia. However, the most significant result of the operation was the beginning of the creation of a military power which was ready to bring freedom to all of Croatia.

Photo by ARCHIVE OF THE CROATIAN MILITARY PRESS AND PUBLICATIONS DEPARTMENT