Back to homepage »
Share:
"By promoting a healthy lifestyle and competitive spirit you also build a soldier-like character and contribute to the image of a Croatian soldier as an athlete, top prepared for any  effort" Minister   Krstičević  told the competitors 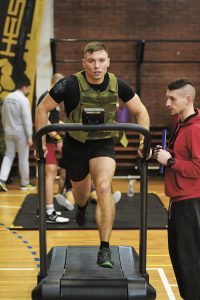 The idea originated with the from members of the Honorary Battalion, who have trained and explored the elements of functional training, or “fitness” for years.

“The Fitness Challenge is based on unity, patriotism and courage of the Croatian defenders, whose sacrifice and immeasurable feats are of huge importance for us”, said the Commander of the Honorary Battalion Colonel Elvis Burčul at the opening ceremony.

“By promoting a healthy lifestyle and competitive spirit, you build a soldier character and contribute to creating an image of a Croatian soldier as an athlete, ready for all efforts”, Minister Krstičević told the competitors and stressed that the Ministry of Defence was continuously investing into development of sports and into the infrastructure in barracks.

The 2019 event gathered the most competitors. The initiator of the Competition, the Commander  of the Sports Squad 1st s hall “Tuškanac” 1st Sergeant Dalibor Delić: “The number of participants is growing year by year; five years ago when Viribus unitis kicked off, there were 35 participants, and this year nearly 200 competitors in 44 teams“.

1st Sergeant Delić recalled  that the competition was organised in memory of their friend and colleague, Master Sergeant  Anto Malić, who died on June 26, 1995 at the age of 22, during the Operation “Skok-2“. Master Sergeant   Malić was a member of the 1st Croatian Guards Corps and a enthousiastic fan of martial arts and strength, speed, endurance and explosiveness exercises  which he tirelessly practiced, promoted and introduced into the Croatian Army.

The 2019 event was a competition of teams of four and divided into workouts of the day (WOD), comprising 12 exercises (pull-ups, running, jump squats, kettlebell overhead etc). 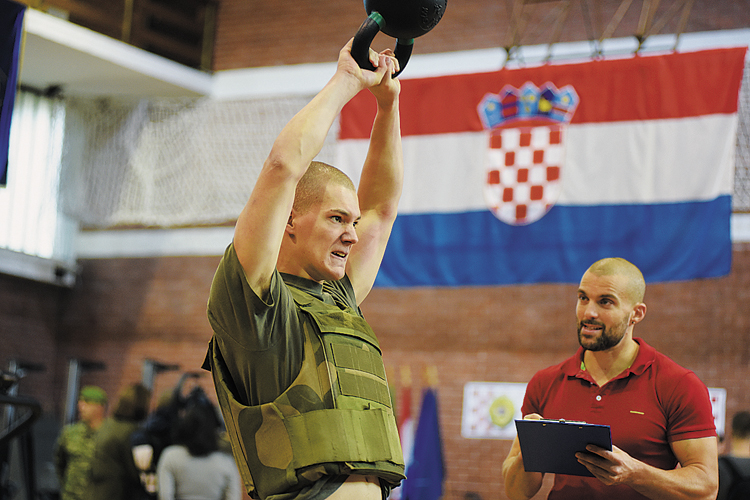 On the first day the teams competed in three WODs, and the best performing teams entered the  finals; the first day featured a WOD Briški, in the memory of a member of the Croatian Armed Forces who recently  lost his life in an international mission.

The high criteria and demanding exercises were best reported by the participants themselves, among them the Commander of the Honorary Platoon of the Honorable Protective Battalion, 1st Lieutenant Kristina Kojundžić: “This is my third competition at Viribus unitis, and each new year was harder“For the third time, I participate in the competition and every year it gets harder. It takes a a high level of physical fitness“.

The competition was concluded with the victory ceremony and the medals and cups awarded to the best teams – the Honorary Battalion team, the Zagreb Intervention Police team and the Lithuanian Armed Forces team.