Back to homepage »
Share:
Deputy Prime Minister and Minister of Defence Damir Krstičević: “A chance has to be given to the youth, who are energetic and have the potential to upgrade the defence system. My message to young officers, NCOs, enlisted personnel and staff at the Ministry of Defence is to be determined and persistent in accomplishing goals, to spare no effort, to build firm and honest relationships and to be committed to good and noble causes.” 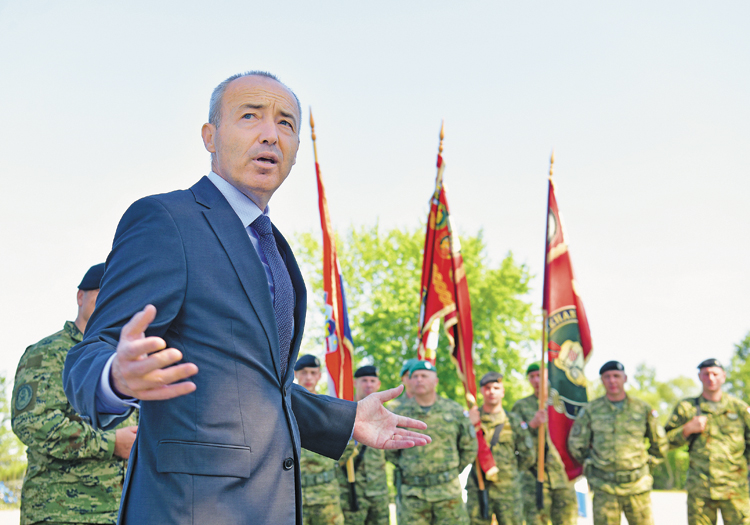 Deputy Prime Minister and Minister of Defence Damir Krstičević has thirty years of professional experience behind him, with invaluable leadership experience acquired during Croatia’s Homeland War of Independence (1991 – 95). He has spent the last three years as head of the defence sector, a large system in which leadership has been recognized as a concept of utmost importance. On the threshold of the fourth year of his term, Minister Krstičević has shared his experiences, thoughts, plans and guidelines for the future with CROMIL.

What would you single out as your greatest achievements in the past three years of your term as the minister of defence?

What are the plans for next year?

2020 will be an important year for the Republic of Croatia. In the first half of the year, Croatia will hold the presidency of the Council of the European Union and the preparations for that are in full swing. Moreover, the 25th anniversary of Operation Storm, the crown of all victories in the Homeland War, will be commemorated next year. The inaugural Croatian International Military Airshow will be held in Zadar on next year’s Statehood Day (30th May). Initiated by the personnel of the Croatian Air Force, the event is an excellent opportunity for the promotion of Croatia, its tourism and its air force. Many international demonstration teams are expected to fly with Croatia’s Wings of Storms in the skies above Zadar.

It is expected that the decision on the procurement of multirole combat aircraft will be made next year. In the domain of military education, the transformation of the Croatian Defence Academy into the Defence and Security University is in the works.

Leadership is the key to every military’s success – leaders not only make important decisions, but also have direct control over the environment and the quality of their subordinates’ lives. You will soon enter the fourth year of your term as the minister of defence. As the head of the defence sector, can you tell us what the concept of leadership in the Croatian Armed Forces is based on? Which major values in the domain of leadership would you highlight?

People are the greatest value of Croatia’s defence system. I believe that the Croatian Armed Forces are successful because of soldiers’ motivation, persistence and joint engagement. The true strength of victorious armed forces lies in team work, unity and trust. Other requirements are determination, persistence, mutual respect as well as firm and honest interpersonal relationships. When I became the minister of defence, I introduced numerous changes. So as to improve the management in the Croatian Armed Forces, the commanding cadre was rejuvenated with people who were educated abroad and have experience from the Homeland War. In that war, I learnt the importance of direct contact with people on the field, so once a year I give a lecture on key projects to units all over Croatia. It is important for Croatian officers, NCOs and enlisted personnel to be familiar with the management philosophy and salient strategic projects. Sports coaches have held lectures about their path to success. Further, marches to Mount Velebit and hill Medvednica are held once a year with the aim of enhancing the personnel’s esprit de corps and readiness. 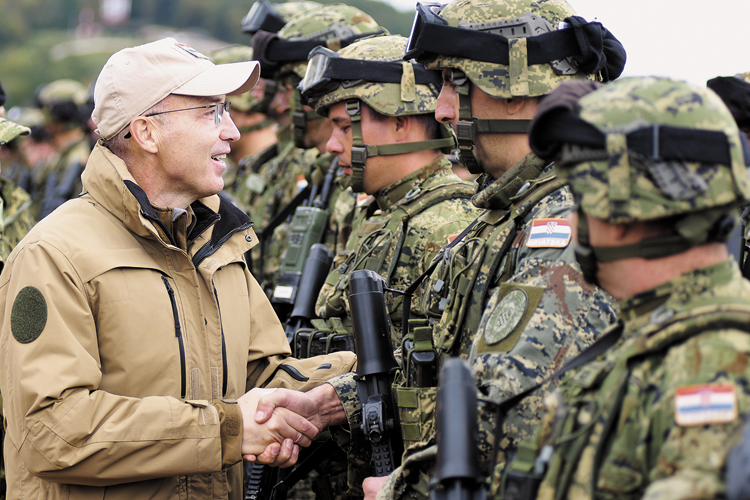 Recognizing one’s personal strengths and qualities is of great importance in the domain of leadership. What makes a good leader? What are their strong points?

A good leader must lead by example. It is important to have clear goals as well as a vision and strategy for attaining those goals. One must be level-headed, humble and kind. Furthermore, it is important to be optimistic and create a positive working environment. Constant optimism increases strength twofold.

Training and constant improvement are very important and we have recognized the need for the enhancement of new capabilities so that we could adequately respond to security threats and challenges.

Developing good leadership is difficult without motivation and, in line with that, a recognition and reward system. Have any plans or changes been made in that respect?

When I became minister of defence, I noticed that the reward system was not well organized and significant changes have been made to it. I find that people should be recognized and rewarded for valuable efforts. So as to show gratitude to individuals who make a contribution to the development and improvement of the defence system, an Ordinance on military medals was drafted and enacted in July. For the first time since their establishment, the Croatian Armed Forces have instituted an system of 27 medals which can be awarded as a token of gratitude to active duty personnel, civil officials and civil employees in the defence sector, military personnel from foreign countries as well as foreign and domestic natural persons and corporations for their individual or collective achievements in the execution of missions and assignments. We have created medals for military achievements; medals for civil-military co-operation; medals for participation in peacekeeping operations, crisis response operations, humanitarian operations and other activities abroad; medals for exceptional individual achievement; medals for exercises; medals for assisting civilian institutions; and medals for the NCO and soldier/sailor of the year. 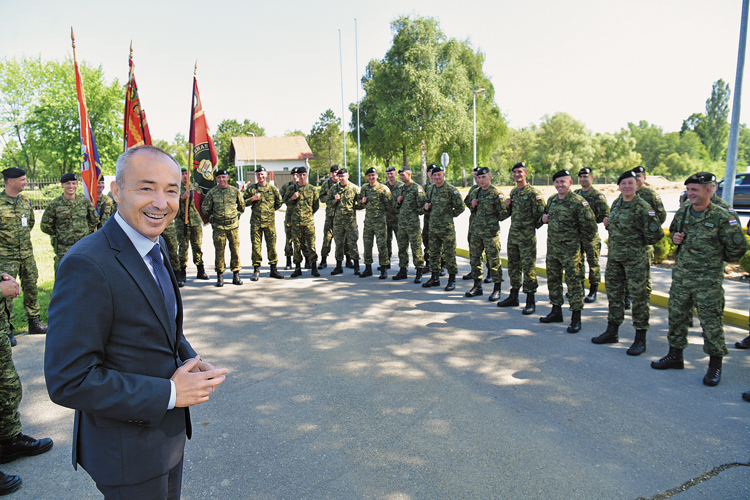 A good leader motivates, inspires and has a positive effect their team, in whom the real strength lies. How is a winning team made?

Audacity, knowledge and capabilities are at the core of a good leader. You must trust your team, motivate them and create a positive working environment. That is the key to being a leader: trusting the capabilities of your men and allowing them to take responsibility for their decisions.

You have experience in leadership from the Homeland War, in which you polished your skills because your subordinates trusted your authority. What advice would you give to young people who are just entering the defence system and whose future in leadership positions is wide open?

A chance has to be given to the youth, who are energetic and have the potential to upgrade the defence system. My message to young officers, NCOs, enlisted personnel and staff at the Ministry of Defence is to be determined and persistent in accomplishing goals, to spare no effort, to build firm and honest relationships and to be committed to good and noble causes.